After the great fun at Snetterton, the MINI CHALLENGE settles down for the season knowing who to look out for. In the Pro class, Toby Goodman showed a great turn of speed as did Martin Poole and Robbie Dalgleish. Martin returning after a year out showing he still has what it takes. Martin had a great run with a P1 and a P2. James Goodall was very consistent with 2 P4’s. With 10 cars in the Pro class and about the same number in the Cooper Class there will be some interesting lapping with the S class also running on the same grid. Oulton Park is full of fast in and fast out curves. The run into the 1st bend on the 1st lap is always an exciting spectacle, 3 wide fits!

In the Cooper Class, Mark Cornell is running well with 2 P2 podiums last time out. Josh Martin and Josh Porter went well, each with the fastest lap. The Cooper Class run treaded tyres with the Pro class running Slicks. This makes for a long snake of cars as they all spread out during the 15 minutes of close racing. You are guaranteed some very close racing.

The battle of the R53s v R56s, Superchargers v Turbos. The R53 is an exciting car to drive with great handling. At Snetterton, last time out new guy Daniel Butcher-Lord and Stuart McLaren showed just how quick the R53s are when set up well. Rob Austin in his R56 had to wait until the last race to get a well-deserved victory. Showing that with a quick car and experience he will be a front runner. Sami Bowler showed a good turn of speed as she is now up there with the boys. At Snetterton on Pole Position, she made a common mistake on cold tyres but still recovered well for a P5.

This time out the S class will be running on the same grid as the Pro and Cooper classes and using the full circuit. The quick S cars will certainly be lapping the Cooper Class cars, so that will be fun to watch. 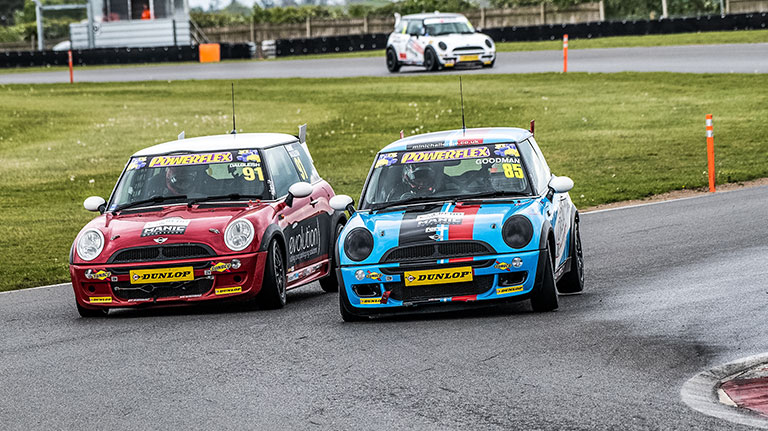 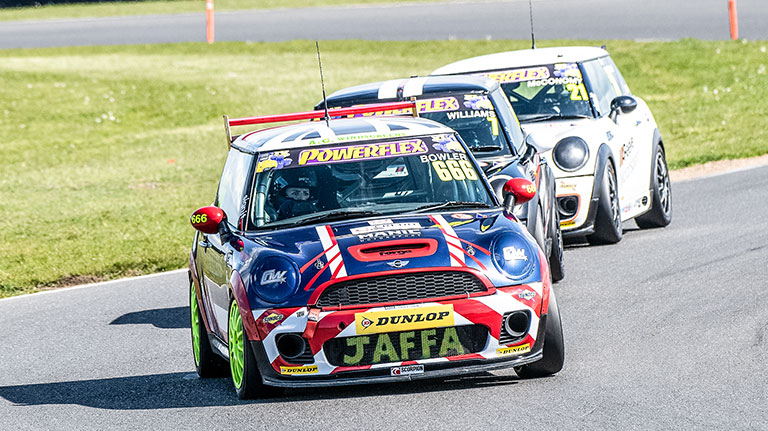