James Gornall continued his flying start to this year’s MINI CHALLENGE JCW season by grabbing his second pole position of the year in a tight session at Silverstone.

The early championship leader left it late to pump in a time good enough for top spot, with a raft of drivers all competing for top spot. A lack of any form of dry testing on Friday meant most went into the third round of the season on the Silverstone Grand Prix Circuit blind to the grip levels and sheer speed of the British GP venue.

Nathan Harrison was first out of the block, setting the initial pace before Jac Maybin set a new benchmark for the pack to chase. Gornall then gathered himself and went for two final flying runs, with his best – a 2m19.833s – being good enough to put him clear… just.

“I was quite surprised at pole actually,” Gornall said. “Before Snetterton we had loads of testing in the same conditions as qualifying, so I wasn’t surprised at the pace I had there, but this was the complete opposite. Combined with the fact I’ve never driven this configuration of Silverstone, I’m pretty made up to be fastest.

“It wasn’t an easy session. The data shows that I had to overtake another car on my fastest lap, which cost me about quarter of a second, so there’s some more time on the table. But tomorrow is a whole new challenge because this isn’t one of those tracks where you can just drive off into the distance because the slipstream here is so strong. I have no idea what will happen tomorrow.”

Maybin ended up second, with his final flier an agonising 0.086s shy of Gornall’s best. Maybin was disappointed with starting only second after what had been a monumental lap.

“It really is a challenge this year,” he said. “But I reckon I’ll have the pace to be fighting for the podium tomorrow in both races, although the reversed-grid one is always tricky. But there’s at least plenty of places to overtake here.”

Oulton Park pole-sitter Dan Zelos will start third, being less than half-a-second from top spot in a session where just 1.5seconds separated the top eight. Zelos said: “I went into qualifying a bit blind, but it’s good to know that I can be right up there in such a big grid.”

Nathan Harrison will start fourth, and will be hoping to continue his record of finishing on the podium in each race so far this season. He added: “Today was a bit of a struggle. We had some problems in testing yesterday but we had a debrief with the [MINI UK] team and we feel we know the direction we need to go in. There’s more to come, but ultimately it’s about keeping in the points and staying consistent.”

Lee Pattison was fifth fastest, ahead of Lewis Brown and Ben Palmer. Jack Davidson will start eighth ahead of James Loukes and Tom Rawlings.

Race one is scheduled for 09:25 tomorrow, with all the action streamed live over the MINI CHALLENGE Facebook page. Live timing is available via http://www.tsl-timing.com. 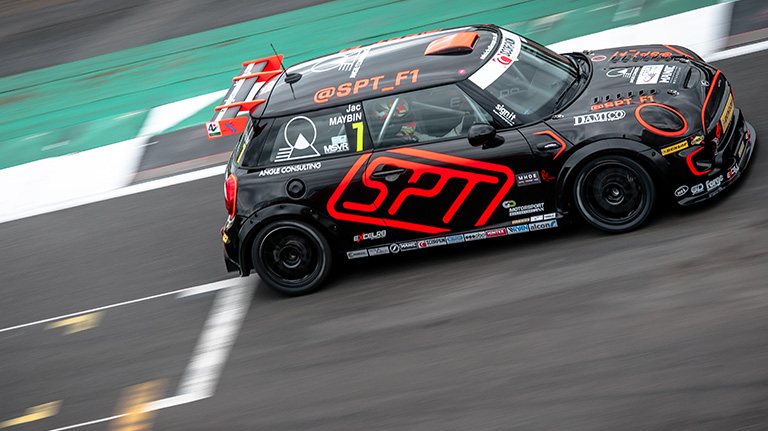 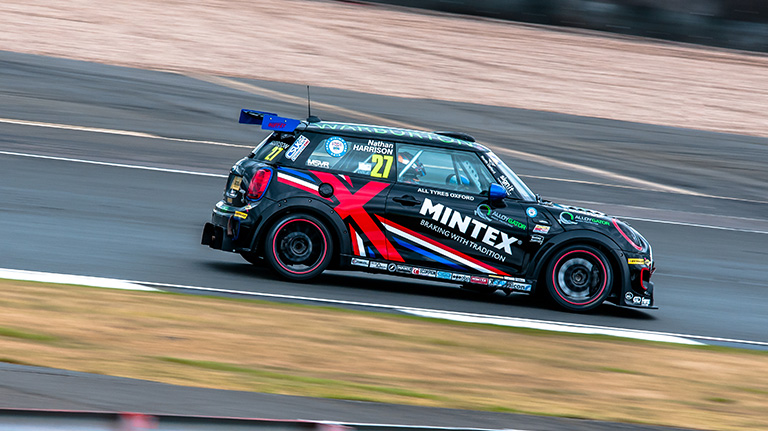 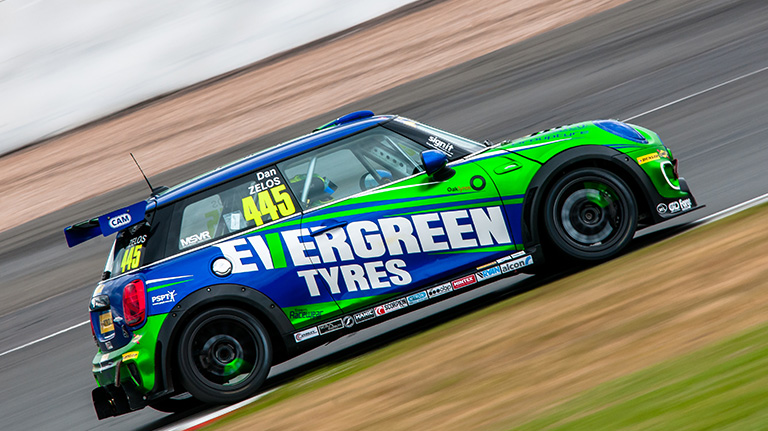