DAVIDSON KEEN TO IMPRESS AS JCWS HEAD TO SILVERSTONE

Scottish teenager Jack Davidson is hoping to build a name for himself across the remainder of this year’s MINI CHALLENGE JCW campaign, and he’ll certainly do that if he can maintain his strong start to the season at Silverstone this weekend.

Davidson, 17, is just four races into his second MINI CHALLENGE campaign, but is already looking like a regular contender for podium places, and celebrated his breakthrough race victory last time out at Snetterton to become the season’s third different outright race winner. Davidson thrived in tricky conditions, streaking clear to win as rain began to fall with the entire field on dry tyres.

Having graduated straight into the 265bhp JCWs following two seasons of racing Ford Fiestas and British championship karting prior to that, Davidson has adapted well to MINI racing and, had it not been for technical issues during the season opener at Oulton Park back at Easter, he would surely be featuring much higher in the championship table.

Heading to Silverstone, the Lux Motorsport driver is confident that he can keep his strong pace going, and push for the top five in the overall standings.

“Snetterton was a brilliant weekend, and it was probably the first time I’ve been able to show my actual pace,” says Davidson, from Falkirk. “We had the pace at Oulton, but a few problems cost us any chance of a good finish, but at Snetterton things all came together. Being Scottish, I’m quite used to racing on slicks in the rain!

“Last year was all about learning, and over the winter when we were stripping the car and rebuilding it, I was constantly asking questions about what parts do what, just trying to build my understanding of this car. No doubt we’ve found something in setup for this year, but I think the biggest improvement has come from me. The Fiestas were good preparation, but the JCW is a pure-bred race car. It’s so much faster, but you feel so in control and so safe, it’s inspired a lot of confidence in my driving this year.”

Davidson was in the mix at Silverstone last season. Having finished eighth in race one, he was drawn on the front row for the second outing and was leading the early stages when he misjudged his braking into the Maggotts/Becketts complex and went off. This year he’s aiming for more consistency.

“Silverstone is a good track and we definitely had some good pace there last year, but I just need to not put myself off again!” he adds. “The aim for the rest of the year is to keep pushing for podiums and see if we can sneak another outright win. I want to build a bit of a name for myself ahead of the move to the British Touring Car Championship support package next year. The goal is to be within the top five in the points, and I reckon we can achieve that.”

Qualifying for the JCWs is scheduled for 15:30 on Saturday, with race one set for 09:25 Sunday and 16:30 for the second outing. Both races will be streamed live over the MINI CHALLENGE Facebook page, and live timing is available via TSL.com. 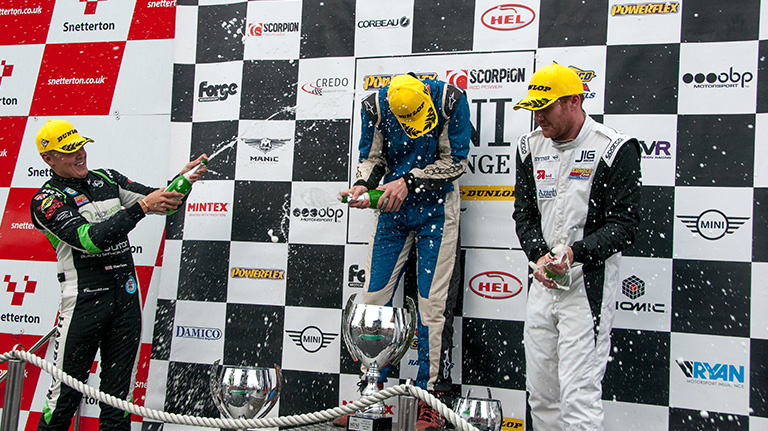 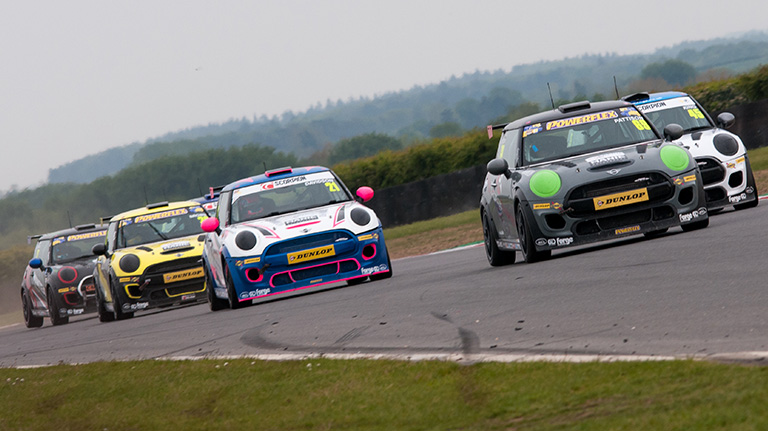 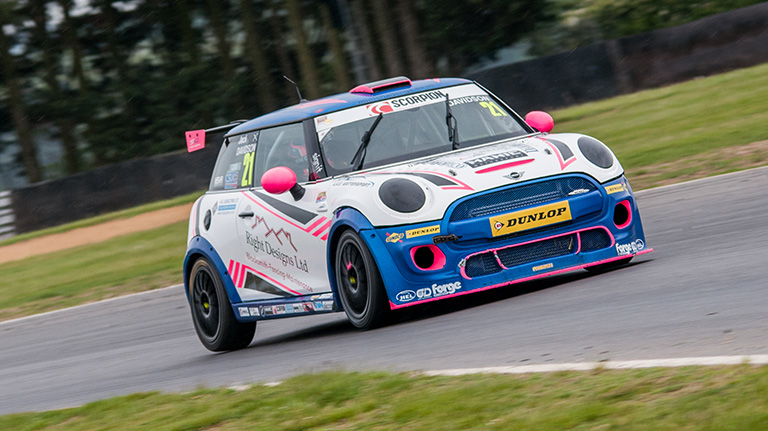