James Gornall secured his second MINI CHALLENGE JCW victory of the season in the first outing at Snetterton to extend his strong start to the campaign and further edge clear in the points.

On paper, Gornall’s win looked like a dominant lights-to-flag victory, but in actual fact he was kept honest during the first half of the race by an inspired Lewis Brown.

The Lawrence Davey Racing team that tends Brown’s car had done a lot of work on its clutch before the weekend in an attempt to cue Brown’s troubles getting the machine off the line. The changes prevented a slipping clutch and Brown this time got a good launch to run close to Gornall into Riches, and from then on Gornall could only edge away by a few tenths each lap.

The biggest issue for Brown was the battle behind him, as Lee Pattison, Nathan Harrison, Ben Palmer, Dan Zelos and Jac Maybin all began queuing up to have a crack at the second-placed man.

Pattison lost his chance when he skittered off the circuit and across the grass at Coram on lap two, dropping back to eighth. That gave Harrison some clean air and he used it to launch an attack on Brown, eventually snatching second away at Wilson hairpin.

But that wasn’t the end of the action for Brown, who soon became embroiled in a stunning three-car fight for third with Palmer and Zelos. Palmer got alongside out of Wilson and ran door-to-door with Brown right around the infield sector, each taking a turn to edge ahead as the track twisted. Brown tried to hang on around the outside at Oggies, but both cars were shuffled wide, opening the door for the waiting Zelos to dive into the final podium spot exiting Williams. Palmer held off Brown to the flag, but all three drivers had put on an exceptional performance.

Up front, Gornall gradually pulled clear of the struggling Harrison to secure his second win.

“That was a great race, I enjoyed it a lot,” said Gornall. “The start was pretty tight and I could see that I wasn’t getting much of a gap over Lewis, so I just concentrated on keeping things consistent and precise, trying to put in identical lap times, as I could see the train forming behind him and if I kept the pace up he couldn’t get past. It’s been a great start to the year so far, but race two will be a very different situation, starting in the middle of the pack on the reversed grid. Good thing there’s plenty of places to overtake here. I might have to shut my eyes and hope for the best heading into turn one though…”

Harrison added: “I knew I had the pace on Lewis, but my car was starting to go off, even in the middle of the race, so I was backing Lewis up almost as soon as I got past him and the fight behind really made my life easier. Clearly I need to find that bit extra because I had no answer to James’s pace in that one.”

Zelos said: “That fight for third was brilliant. Close and clean. I could see Lewis and Ben fighting right ahead and decided to bide my time and see what happened and when the gap opened up I had to make a move for it. Thankfully it came off!”

Pattison recovered to sixth, ahead of a tense battle between Calum King, Jack Davidson and Jac Maybin, which ended terribly for the season’s only other race winner. Maybin was in the middle of a four-car sandwich heading into Riches, before his car was spat wide, skipping across the grass and smacking the tyre wall hard. The damage to the chassis was extensive, but thankfully Maybin walked away from the wreck unscathed, but with his championship hopes badly dented.

King continued to lead Davidson, Kenan Dole and Calum Newsham to the flag.

Full results can be found at https://www.tsl-timing.com/event/192005/session/rc1jcm 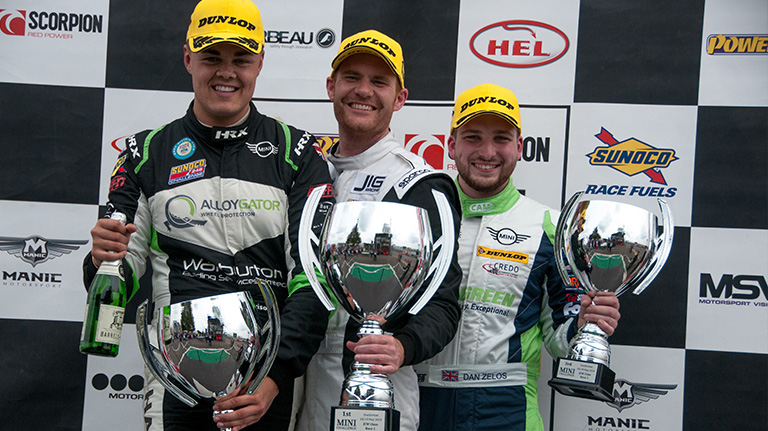 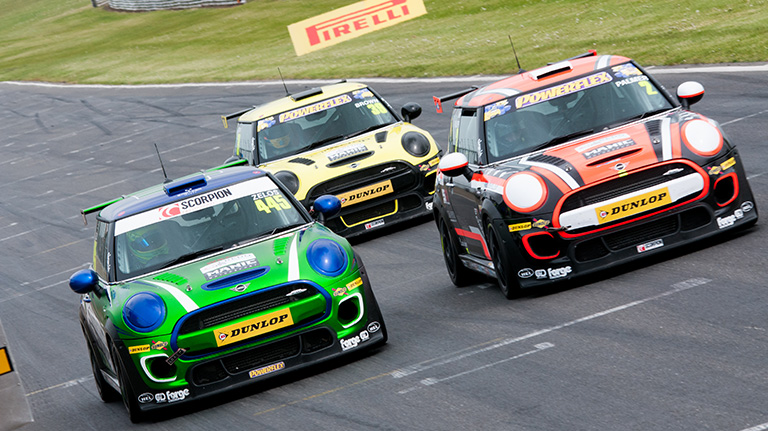 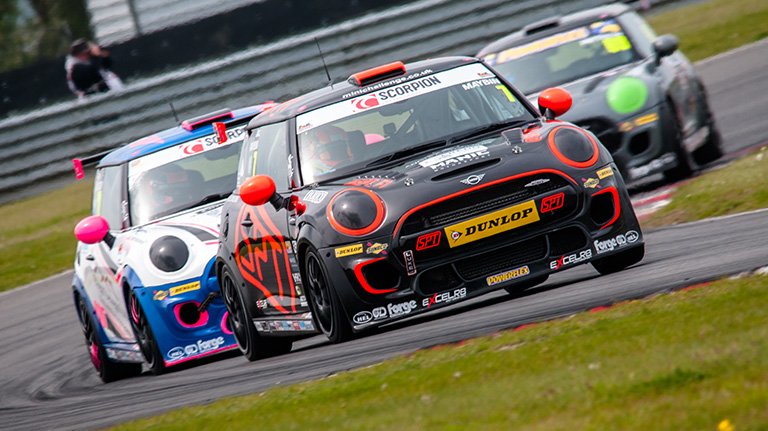