MINI CHALLENGE JCW Championship leader James Gornall continued his strong start to the season by snatching an impressive pole position for round two at Snetterton.

Having taken his maiden JCW race win in the season opener at Oulton Park, Gornall carried a slender points lead into the second round of the campaign, and extended it by bagging the additional six points on offer for topping the timed session on Saturday.

Gornall topped the order twice, with his first lap only narrowly putting him ahead of the impressive Lewis Brown. However, Gornall conjured enough for a second run and pulled a huge 0.583s gap before the flag fell.

“That’s a great result,” said Gornall. “I felt I had a better lap but got held up in traffic, but the time I had done was good. But then I saw that Lewis was only 0.2s behind me and just thought ‘Man, I need a bigger gap, this isn’t comfortable’.

“Qualifying is one thing, but the races tomorrow are quite another. I’m starting in the position I want to be in, but we’ll see how it goes when we’re all racing in a pack toward turn one tomorrow.”

Brown secured second but was at a loss to explain Gornall’s advantage. “That time is unreal,” he said. “But my session was good. After Oulton Park we went through the car and found a few things that needed work, and we suffered a lot of overheating at Oulton, so fingers crossed we’re on top of that. We’ve also worked on the clutch, because I was getting terrible starts so we found out it was slipping. The speed is definitely in the car now, and in me, and tomorrow I’ll aim to latch onto the back of James and see what opportunities I can make myself.”

Lee Pattison was third, but suggested he could have had more. “I lost my two best laps to traffic and after that my front tyres were past their best, so I couldn’t improve,” he said. “Still, it’s row two and anything can happen from there.”

Nathan Harrison took fourth, ahead of Ben Palmer, Oulton Park pole-sitter Dan Zelos and Jac Maybin, winner of the second race of the year in Cheshire. “Qualifying was OK,” said a rather disappointed Maybin. “But we were lacking something and I’m not quite sure what it is.”

Jack Davidson battled through some technical issues during Friday testing to run strongly. He fought over the top time for the first half of the session before slipping to eighth, admitting he was still chasing the right setup. James Macintyre and James Loukes rounded out the top 10. 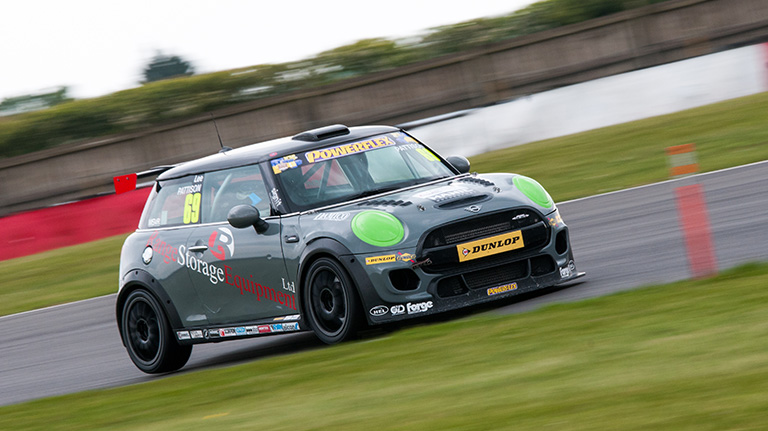 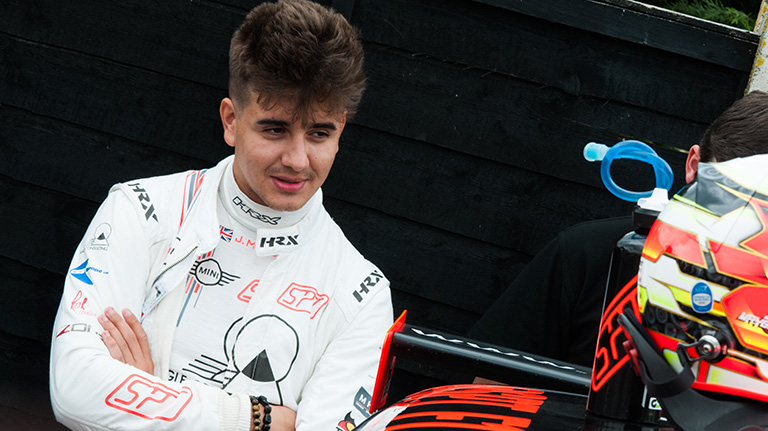 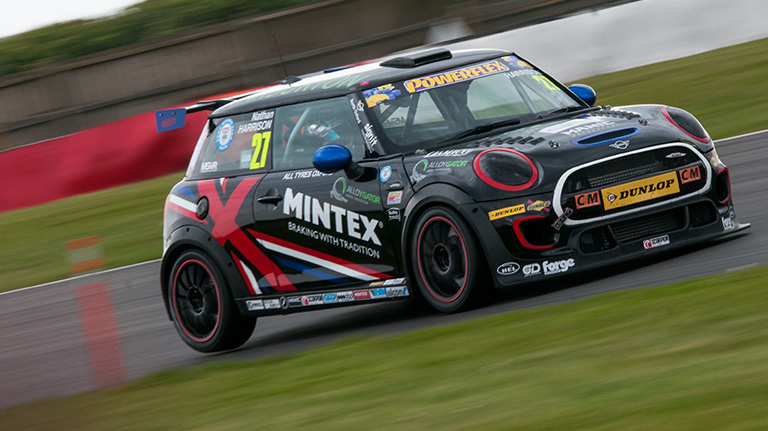