This year is a special year for the MINI, with the 60th year Birthday celebrations being held all over the country at various times of the year. The Brands Hatch MINI Festival 20/21st July being the racing highlight of the year with the JCWs running as well.

Uniquely this year’s MINI CHALLENGE sees the start of the Cooper, Pro and S class championships at Snetterton on the 300 circuit and finishes the year on the same circuit.

The Cooper Pro class this year has a number of the Cooper drivers from last year moving up. This included last year Cooper class winner, Alex Nevill, he also has a change of team, being run this year by LDR racing. Martin Poole returns, at least for 3 rounds after a year off. He always goes well and it will be a great fight at the front this year. Returnees in the Pro Class include James Goodall, Lydia Walmsley, Toby Goodman, Robbie Dalgleish and Mark Cornell. All with a wealth of racing experience. New to the class are James Hilary, Hannah Chapman, Dominic Wheatly and Morgan Wroot. With some new teams also running cars for the first time the Pro class should be as exciting as last year with 12 cars running in the class.

The Cooper class has lots of new drivers moving up from karting, so I would expect some of the drivers to rocket up the learning curve in their transition to the class. Always bearing in mind JCW aspirations for next year with the running alongside the TOCA BTCC races. One to keep an eye open for is Adrian Norman. He always finds a slot on the podium and maybe this year we will see some more of him on the top step. He has a wealth of experience, is always smiling and enjoys racing. This year he is again run by the College of West Anglia, he did well with them last year so let’s hope he can keep it up.

The combined grid will have over 20 cars, with a delay in starting the Cooper class. Lapping will be an issue to contend with on the very long 300 circuit so we are in for some great racing. Enjoy.

This year we have Daniel Butcher-Lord doing a full season is his super quick R53. Last time out at Cadwell Park he showed us what this car and driver are capable of. Rob Austin, last years runner up is determined to win some more races, and the class. Hampered by reliability issues last year he should see some more podiums after the refreshed car is ready to go. Sami Bowler is back, she will put on a good fight as always. Sami had an unhappy Snetterton last year but with that all behind her and some good set-ups, she should be up at the sharp end.

Keir McConomy and Stuart Mclaren are returnees who have great cars and promise a good race. Stuart just needs to keep his brakes cool! Steve Williams and Steve Webb are new to me and they could mix things up a bit.

A small grid of just 8 cars, but a wealth of experience. The wide and long Snetterton 300 circuit means we should see some great close racing from these great cars. Hopefully, they won’t through it all away as they pile into the 1st bend! 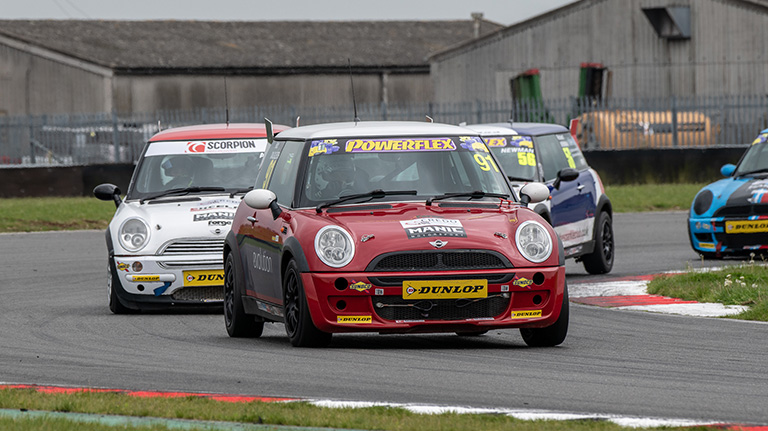 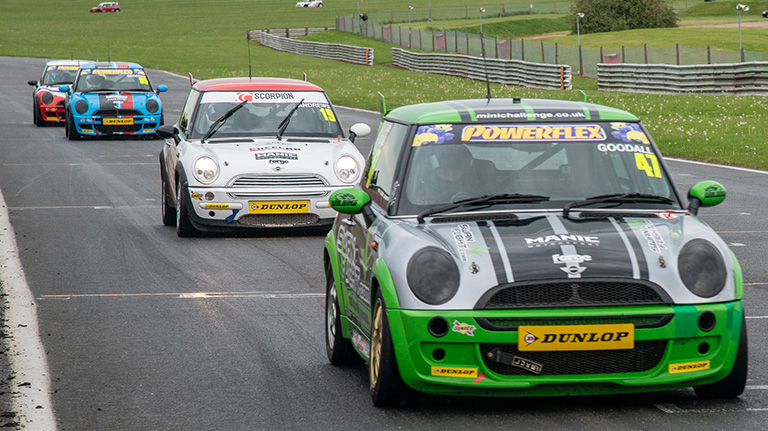 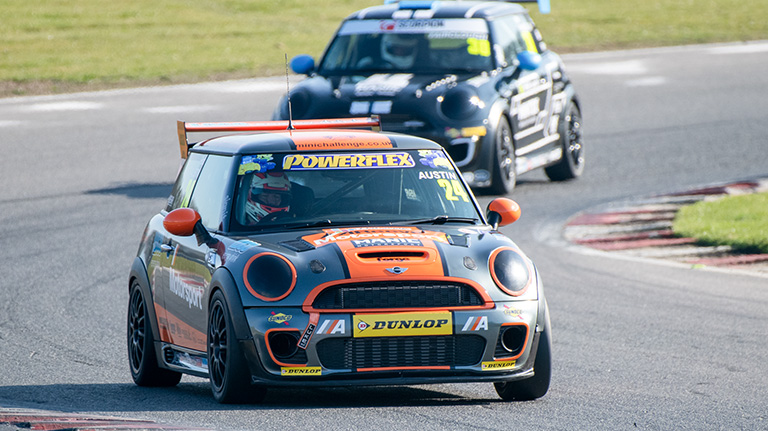