Jac Maybin proved his championship potential with a stunning display of overtaking to score his first MINI CHALLENGE JCW victory in the second outing at Oulton Park.

Maybin proved to be the star of what was a fantastically close race, with a seven-car train vying for the lead right from the very start. Maybin, who started fourth, battled through the order late on to grab his first victory, and prove that he will be one to watch in this year’s title race.

Lee Pattison inherited pole for the reversed grid, but he was let down almost straight away when, despite getting a superb getaway, a stuck brake forced an early retirement as he was swamped by the pack through Old Hall for the first time.

That left Calum King to lead from the other front row spot, ahead of race one winner James Gornall, who shot from sixth to run second by the end of the first lap. Max Bird was in third, ahead of Maybin, Kenan Dole, Nathan Harrison and Dan Zelos as the top seven quickly edged away from the midfield pack.

King led with confidence, despite Gornall launching repeated attacks around the outside of Lodge Corner, but King repelled each one. With the pack getting more closely bunched with each lap, Harrison gradually picked off those ahead of him until he latched onto the back of Maybin in fourth before a brief safety car period interrupted his progress.

Knowing he had to move forward, Maybin launched a string of brilliant overtaking moves at the restart, first despatching Bird on the brakes into Druids, then diving inside Gornall at Old Hall when he lost time after being squeezed wide by King as he defended the lead hard at Lodge.

Then came the race-deciding move, when Maybin sprung up the inside of King when he left barely a car’s width at Druids apex.

“I saw him coming and just couldn’t shut the door in time. I couldn’t just suddenly move across to block him as it’s so fast there and that wouldn’t have ended well for either of us,” said a disappointed King, who was quickly mugged down to sixth as others followed Maybin through while he was forced onto the wide line.

Up ahead, Maybin only had to lead little more than a lap to notch his first victory, and did so with style.

“What a result!” he beamed. “When I was looking at the calendar I thought this could be one of my worst circuits, but to leave with a win and a podium is brilliant for the championship, and for my confidence going into the rest of the season.

“I love Druids corner, it’s a tricky one to get right but it’s where you can find a lot of passing opportunities if you’re brave, and I had to be really brave at times. It was just a brilliant race from start to finish.”

Gornall was restricted to second, having taken the best out of his tyres. He added: “I got put on the grass once or twice, and just couldn’t find a way around Calum for the lead. If I’d got clear I could have been gone, but I just trashed the tyres and couldn’t do anything about Jac near the end. Still, a win, a second and the championship lead isn’t a bad way to start the year!”

Harrison snuck into third after the safety car, aided when the impressive Bird was forced to retire his car with a mystery engine glitch that caused it to briefly cut out close to the end when running in the top four.

“I’ll take the solid points for the start of the year and look to move forward, as it’s clear it’s going to be a real battle this season,” said Harrison. “The car felt fine, it was just difficult always being in the dirty air in the middle of the pack – you have to take the chances when they come.”

Dan Zelos grabbed fourth – and the award for top rookie – as a consolation for his race one disappointment, but it’s clear there’s much more to come from him this season.

King recovered to fifth ahead of Dole, Richard Newman, Calum Newsham, James Loukes and Lewis Galer, who impressed on his debut car racing weekend with his first top 10 finish. Ben Palmer set the race’s fastest lap on his recovery from the back of the grid to 13th. 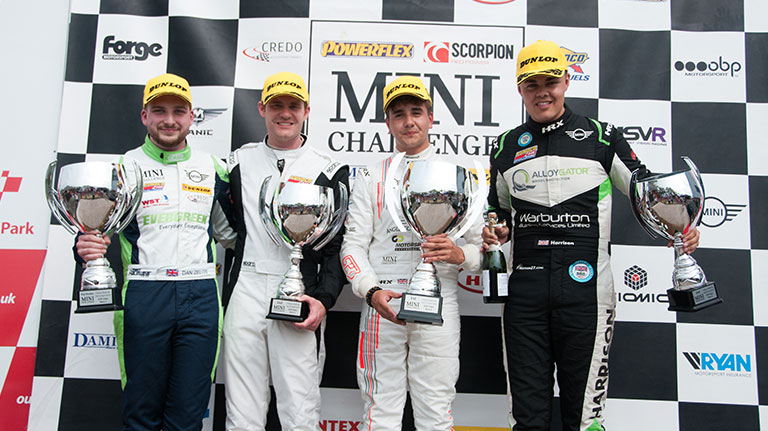 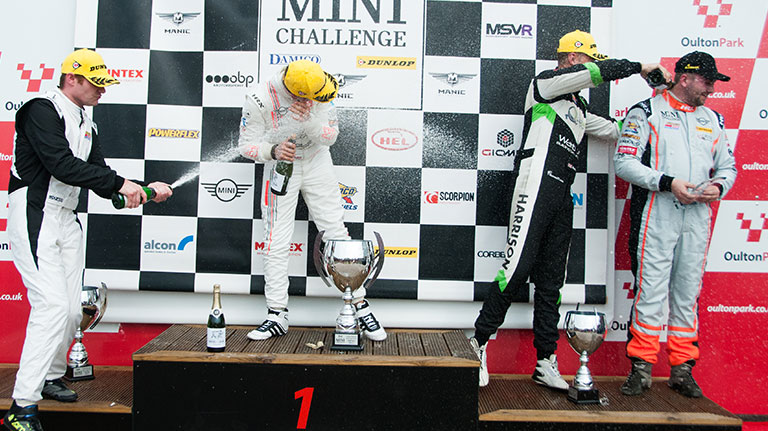 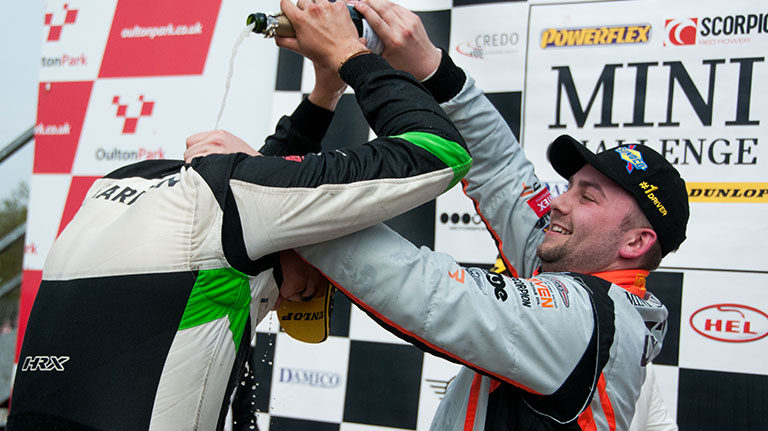 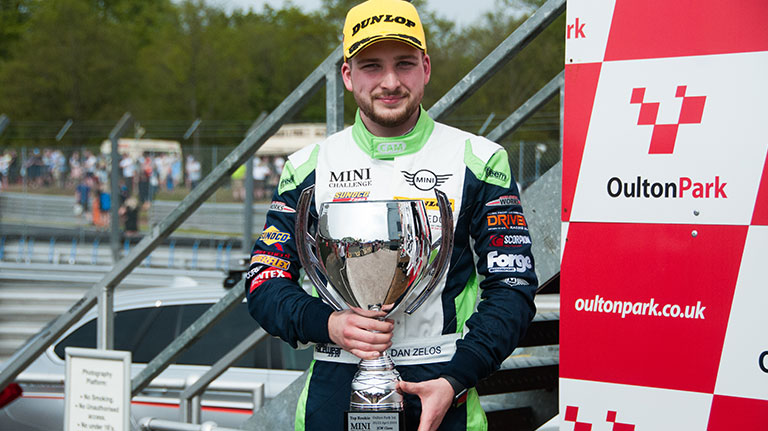