James Gornall claimed his maiden MINI CHALLENGE JCW victory in the season opener at Oulton Park after emerging on top of a thrilling three-car battle for the lead in the closing stages.

The first race of the season wasn’t lacking in drama, and the first to hit trouble was pole-sitter Dan Zelos, who was judged to have crept over his marks before the lights went out, earning him a 10-second penalty for a jumped start.

“For some reason, even when the clutch was down, the car was creeping forward,” he said. “I was trying to hold it but I guess it just moved that bit too far. I only found out I had it a few laps in, aside from that I thought everything was fine.”

Unaware of the penalty at the time, Zelos got a great launch to hold off fellow front row starter Gornall into Old Hall, as Nathan Harrison filtered into third behind them. The order settled when both Matthew Wilson and Rory Cuff hit trouble on the opening tour, bringing out the safety car to clear the errant cars and allow the cleanup of dropped oil.

When the race restarted on lap three, Zelos controlled the pace, but had Gornall crawling all over him. Gornall attempted a lunge around the outside at Old Hall, but Zelos held on, despite struggling for grip in the closing stages.

“I don’t know why but the car was getting really loose at the rear,” said Zelos. “Every time I tried to lean on the left-rear it would just slide. I was really struggling.”

Zelos defended hard, but that allowed the front three to bunch up as Gornall stuck close and Harrison sniffed an opportunity in third. Suddenly the top three ran within 0.6s with two laps to go.

Things came to a head a lap from home when Zelos pushed too hard into Old Hall and that left-rear lost grip, pitching him sideways. He did brilliantly to hold the slide, but the lost momentum opened the door for both Gornall and Harrison.

With clean air, Gornall sped to his maiden JCW win, ahead of Harrison, while Zelos took the flag in third, but was pinged back to eighth by his penalty.

“What a great race,” said winner Gornall. “I was getting a little frustrated as I could see Dan was struggling for grip and I was all over him, but couldn’t find a way past. I didn’t actually know he had a penalty until the last few laps, so I thought we were genuinely fighting for the win. I could see Nathan closing in and just though ‘Oh just get on with it!’ and managed to pressure a mistake and get through. The car felt great, so that’s good news for this afternoon.”

Harrison added: “We set the car up to come in better later in the race and that worked nicely because the pace was good towards the finish and I could really put the pressure on James. But fair play to him, he drove brilliantly and didn’t give me a sniff once we got past Dan. But it’s a long season and second is a solid start.”

The final spot on the podium went to Jac Maybin, who emerged ahead of a tight battle to lead the rest of the pack home. Maybin timed a lunge up the inside of Jack Davidson, who was struggling with gearbox trouble, at Druids perfectly to snatch what would become the last podium place three laps from home. Davidson’s ’box then let go on the final lap, leaving him to trail home last of the finishers in 22nd, which was far less than he deserved for a fine drive.

Calum King took fourth, ahead of Max Bird, Lee Pattison and Kenan Dole. Richard Newman took a fine ninth on his JCW debut to finish just behind the penalised Zelos, while Cooper S graduate Jacob Andrews did a fine job to round out the top 10. Ben Palmer was an early retirement with a gearbox issue, while Lewis Brown also had to drop out of the fight with a technical issue.

On the podium, Gornall drew the number 6 for the race two reversed grid, meaning Lee Pattison will start on pole. 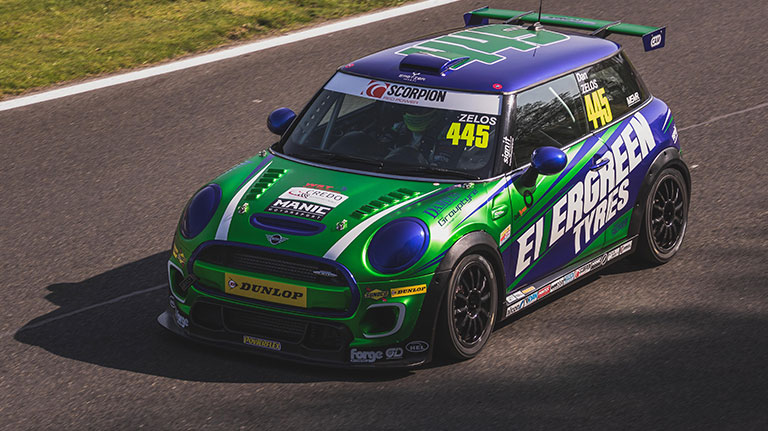 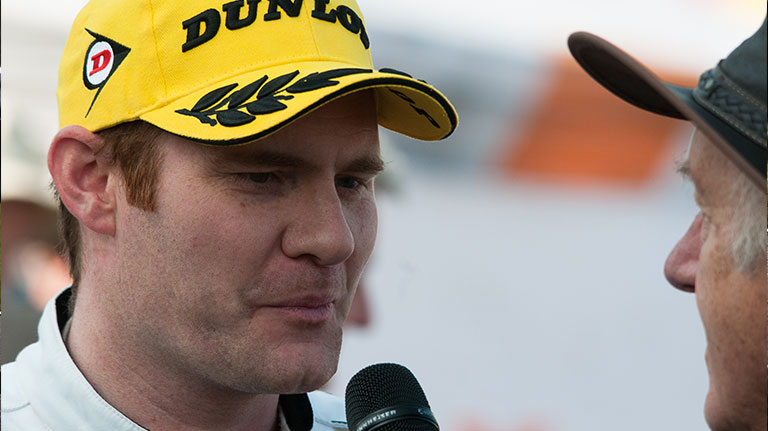 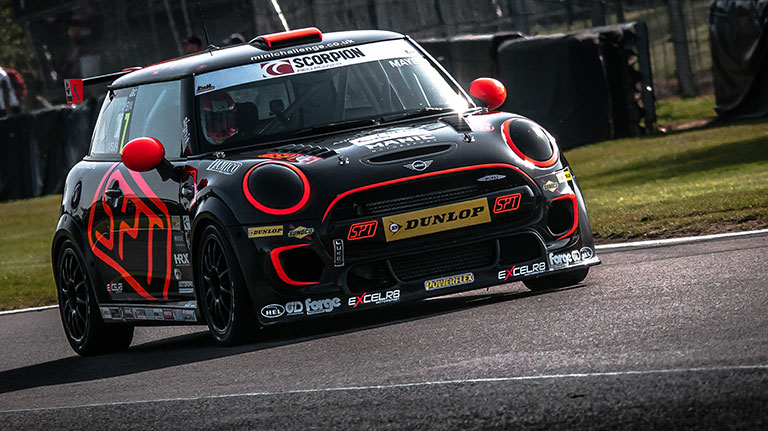