Dole, 26 from Dartford, will campaign the car formerly raced by Nick Boon after purchasing the 265bhp machine last year. He is JamSport’s second signing of the year, following Stuart Gibbs. The team ran Ant Whorton-Eales to the JCW crown last season.

Despite having started his racing career in motocross bikes, Dole has been a regular frontrunner in Volkswagen racing since switching to four-wheel competition in recent years. He was third overall in the VW Racing cup in 2016 and then runner-up in the sister VAG Trophy series in 2017 – the same year he put a toe in the water of MINI racing by competing in two rounds of the JCW Championship.

“I was quite late into car racing because I liked motocross racing, but I hurt myself a few times and decided I should try something a bit safer,” he says. “I did two years of Volkswagen racing and got some great results but then took a year out for 2018 to save up for this season.”

“The MINI JCWs have a very similar setup to British Touring Cars, and with the championship moving to the BTCC package for 2020, it was the icing on the cake in making my mind up.”

“The VW is quite forgiving to drive, whereas the JCW is much more of a race-focused machine that you really have to get on top of to drive it to the limit. You have to push the JCW because it’s a bit less forgiving, but that makes it more of a challenge. I’m planning to have a few extra test days to get my head into it and then I hope I’ll be on the pace for this year.”

“Working with JamSport has been brilliant so far. Ant’s success last year proves something, I think. First year in and JamSport go and win it, so the team has certainly proven they can adapt. I think we can push for a few podiums this year. I at least know the tracks now from my time in VWS, so I just need to put all that experience together and aim for a top five in the championship.”

Dole also became an overnight internet celebrity in 2017 when footage of his incredible sideways save during a VW race at Brands Hatch went viral.

“The VW save was crazy, I was working the wheel like a madman to try and hold onto it because the track was greasy at the time and the car was all over the place,” he adds. “Those cars certainly taught me car control, which should serve me well in the JCW with the extra power. I’ll probably have a few more sideways moments this year, but hopefully not as big as that one!” 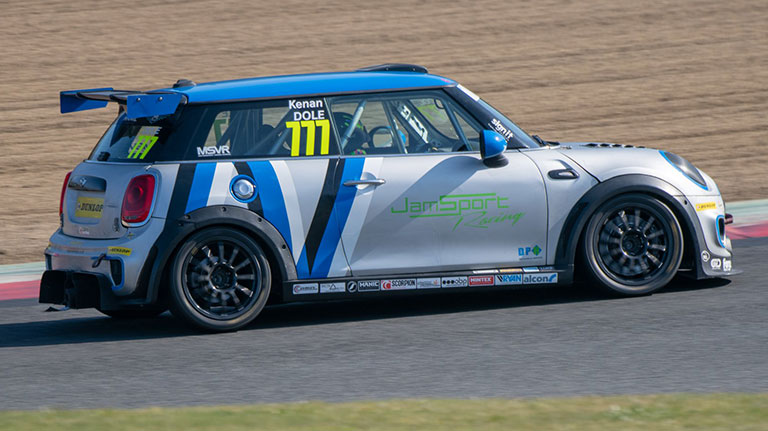 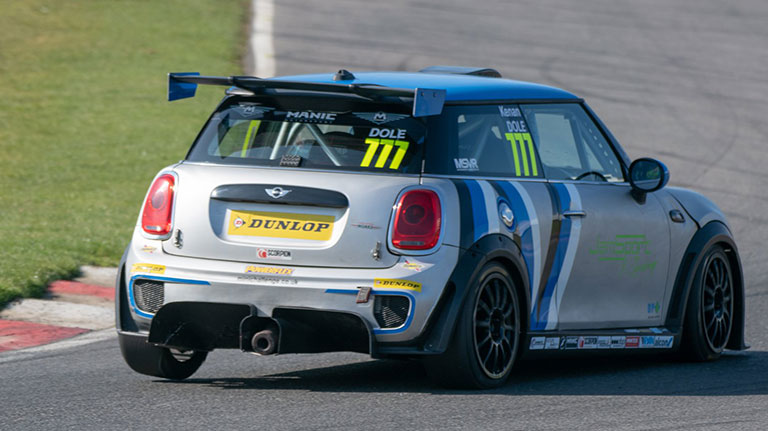 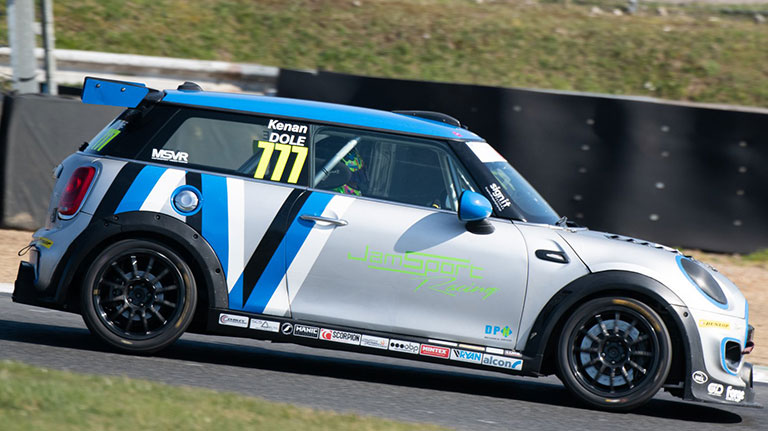