A raft of financial incentives have been announced for MINI CHALLENGE competitors in the wake of huge interest in the championship following the confirmation that it will join the British Touring Car Championship support package from 2020.

For this season the MINI CHALLENGE will continue to race alongside the British GT Championship, before taking up its slot on the TOCA package the following season. During 2020, the JCW CHALLENGE will feature during eight of the 10 BTCC weekends, with the Cooper CHALLENGE running on the other two.

During the Autosport International Show, championship organisers received substantial interest from both new teams and drivers looking to join the CHALLENGE – both in the top-tier JCW category and the foundation Cooper Class division.

Therefore, organisers have announced an innovative discount scheme to help lower the cost of competing, and also reward the loyalty of its regular drivers.

Any driver completing the full 2019 JCW campaign will instantly be eligible for a 20% discount on their 2020 entry fee. In addition drivers with a history within the JCW CHALLENGE will benefit from an additional 5% discount for each year they completed prior to 2019, up to a maximum discount of 35%. This means drivers with a history of MINI racing can save a third on their entry fee during the move to the TOCA package.

The deal also extends to Cooper Class competitors, who will receive the same 20% discount toward their 2020 entry if they complete the full 2019 season. Drivers with a history in the class will also receive an additional 2.5% discount for each year they completed prior to 2019, up to a maximum of 35% discount.

MINI CHALLENGE promoter Antony Williams said: “The switch to the TOCA package certainly stirred up interest during the Autosport International Show and we’ve been inundated with serious enquiries for cars from both individual drivers and new teams wanting to join the championship.

“We want to welcome as many new drivers as possible, and joining for 2019 means newcomers can get adjusted to the awesome 265bhp JCWs ahead of the first season alongside the BTCC while also benefiting from the entry fee discount. At the same time it also gives us the chance to reward our regular drivers, who have played such a huge role in building the JCW CHALLENGE into the success it is. We want them to benefit from the move to TOCA also.”

Interest has been such that any 2019 JCW CHALLENGE competitors will also receive priority entry into the 2020 season.

Williams added: “So far we have had close to 10 new teams register their interest in joining the championship – all of which are currently operating on the TOCA package. Therefore there’s a very good chance that we will be oversubscribed in terms of grid numbers.

“We started last season with full grids and retained a very healthy average across the year. We only expect the numbers to grow – both across the course of this year and for 2020.” 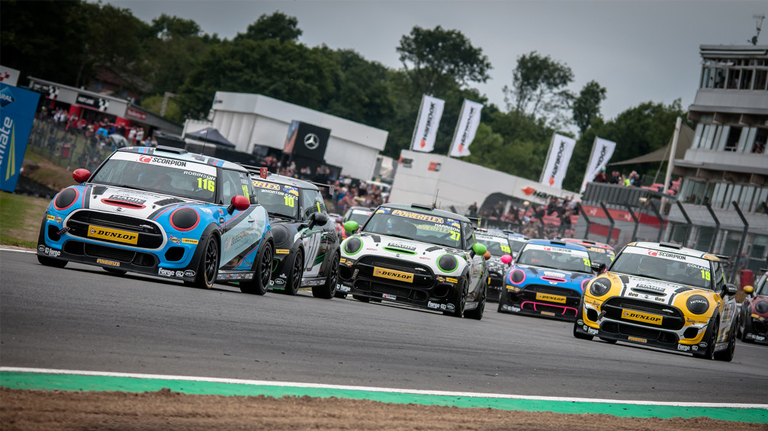