JACOB ANDREWS STEPS UP TO JCW CHAMPIONSHIP FOR 2019

Australian racer Jacob Andrews will return to the UK for a second season of competition when he graduates to the MINI CHALLENGE JCW Championship for 2019.

Motorsport engineering student Andrews made his British racing debut in the Cooper Pro category this year, finishing fifth in the championship points in his EXCELR8 Motorsport-run machine and taking two podium finishes.

Prior to moving to the UK to study at Coventry University, Andrews enjoyed a successful racing career Down Under. Having started karting aged 15, he raced in Formula Vee for two years, winning the New South Wales Division 2 title. He then switched to production racing, contesting events such as the Bathurst 6 Hours and also made appearances in the Australian Toyota GT86 Racing Series.

Andrews says: “The main reason for my move to the UK was to study Motorsport Engineering at Coventry University. Through this I got the opportunity to further my racing career and compete with the high-quality talent by racing in England.

“I have learnt a lot in my first year in the MINI CHALLENGE, adjusting to the front-wheel-drive cars and learning all the new circuits that I got to go to this year. I have also adjusted to the different racing culture which has been a great experience.

“I see the JCW class as the natural step up for me and I believe that I can put my experience to the test and get to compare myself to the best in the MINI CHALLENGE as well as get to learn and build a base for racing in touring cars.

“For me the target for 2019 is to get up to speed and be competitive in the series. The goal is to be at the front and set a foundation for the future.” 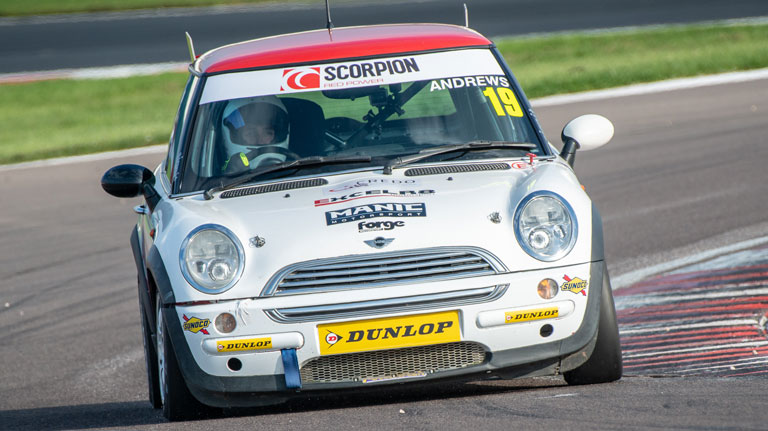