CATCHING UP WITH: ROBBIE DALGLEISH

Robbie Dalgleish has had an impressive first season in the Cooper Pro Class. He’s finished every race this year with the worst position being 4th and remained consistent throughout the year resulting in a close battle for the Class lead and just missing out on the top spot.

“We’re happy we finished in second. We got off to a slow start, finishing at Donington with two 4ths so we were quite happy but as we got into the season I had three 4ths and two 2nds but Kyle had 5 wins… But looking at the points after the first two rounds it was probably quite close between us.”

Robbie has been racing since the age of 7, like many racers Robbie started out in Karts and progressed onto cars. He’s not a stranger to racing MINIs, having raced in Scotland for several years and after winning the Celtic Speed Cup, Robbie had decided to join the MINI CHALLENGE.

“My best race this year was the win at Oulton Park. It was a really close race between me, Kyle Reid and Martin Poole and we were fighting the whole way but Kyle got a penalty and I knew he had it so I just sat on his tail the whole way round but it was a pretty good race because all of my sponsors came down for the first time to watch the race and we got the win which was good.”

It’s a family run team, Robbie driving and his dad spannering the car and they are supported by local business Evolution BPS. “It’s always just been me and my Dad, travelling the world, just us against these massive teams and [when I] stuck it on pole position, it’s pretty good”.

“My favourite circuit was brands. It’s pretty hard to get used to but once you got the hang of it the first corner is so good. You don’t realise how steep it is on the TV until you actually get to do it”.

“We hadn’t really done much wet testing. We’d had wet at Snetterton but it was half and half, it wasn’t proper rain so we were a bit unsure how good the wets were. The wet is usually my favourable conditions.”

Robbie is set to return to the Cooper Pros next season and he’s definitely going to be one to watch out for.

“We’re coming back next year, I think we’re probably doing Cooper Pro again. We want to do JCWs but can’t get the budget together so unless we get lucky over the winter with a big sponsor we’re be doing the Cooper Pros again. A couple of others are coming down from Scotland too to do it so that will be good…The plan next year is to try and win it.” 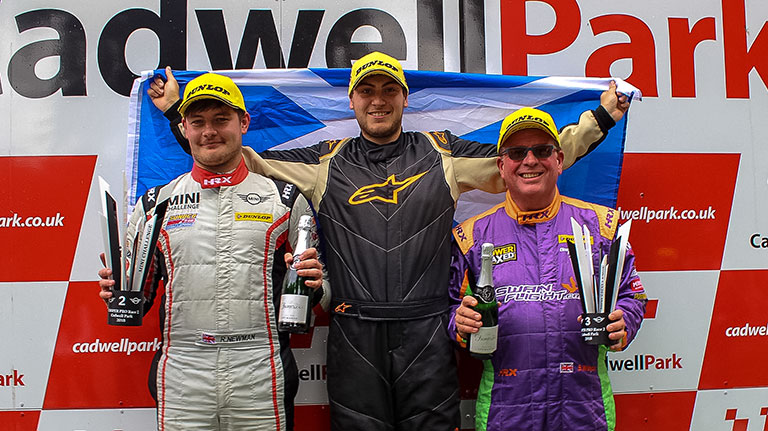 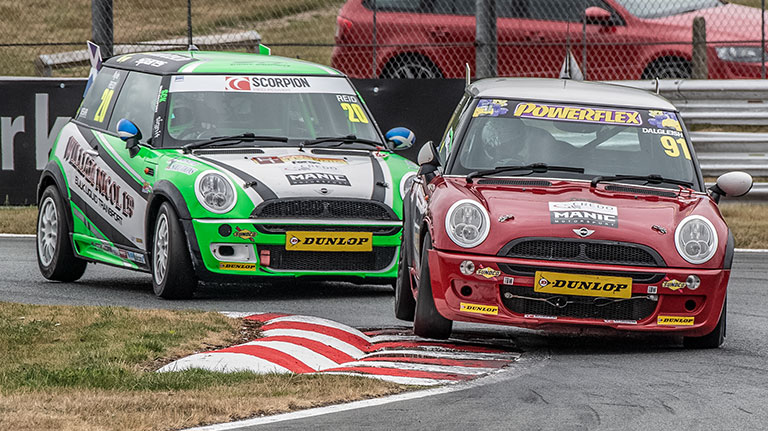 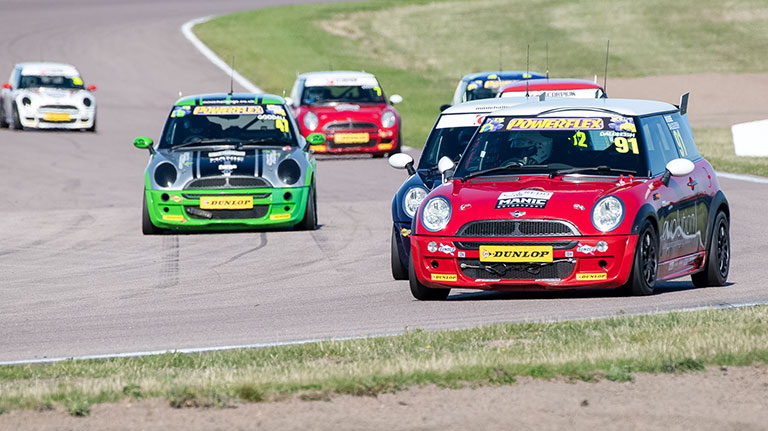