Maybin, 17, has re-signed with the EXCELR8 Motorsport team to again handle a 265bhp JCW for the full 2019 campaign.

The Brackley-based racer impressed during his maiden season in 2018, in what was also his first car-racing campaign since transitioning out of karting, where he was a frontrunner in both Super One and the Kartmasters British Grand Prix.

Maybin came agonisingly close to securing a breakthrough JCW race victory at Snetterton, missing top spot to David Robinson by just 0.020s. He then went on to show great potential on his way to eighth overall and fourth in the Rookie Cup points.

“I learnt a huge amount from my first JCW season in 2018, and to me it made no sense in wasting that and trying to move on when I feel I still have a lot left to prove in the MINI CHALLENGE,” said Maybin, who has spent much of the off-season on a tour of Asia coaching the next generation of karting talent.

“The plan for 2019 is definitely to go for the championship, and win as much as possible, and I feel winning is achievable. This year I suffered from a lack of testing. In fact, the only time I had a pre-event test was Snetterton, and I came away from that round with two podium finishes. Normally I went into race weekends on the back foot in terms of mileage, that won’t happen for 2019.

“It also took a while for me to adapt to front-wheel-drive racing, as it’s very different to karting, plus I had the circuits and the extra power and grip of the JCW to get my head around.”

Maybin worked with leading simulation firm iZone a lot through 2018, as part of the Andy Priaulx Sports Management programme. For 2019 he believes he’ll be on solid ground for a title challenge.

“Working with APSM helped me adapt no doubt, but through the racing I learnt a lot about myself too,” he adds. “I learnt how to cope with adversity and how to keep your head when things aren’t going your way. Lessons like those can only help make me stronger and ready for a shot at the championship. Staying with EXCELR8 is great for my mindset too, as I know the team and I know I’ll have a competitive package from the start. I can’t wait for 2019 to get going.” 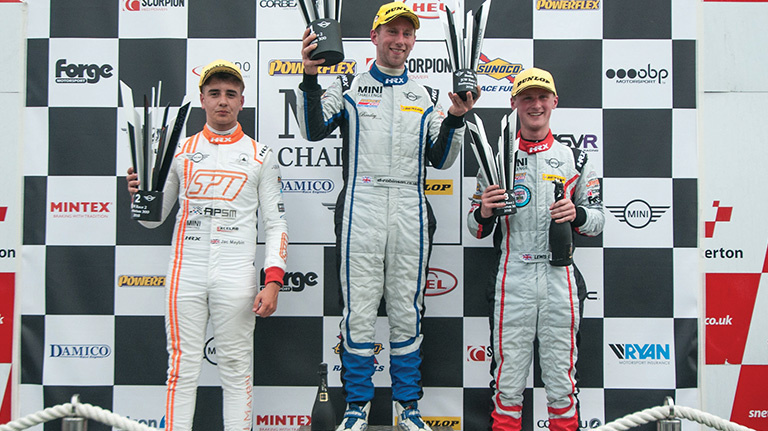 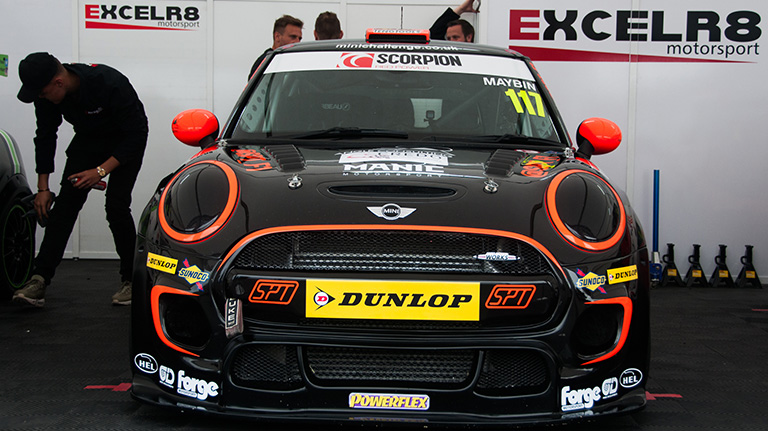 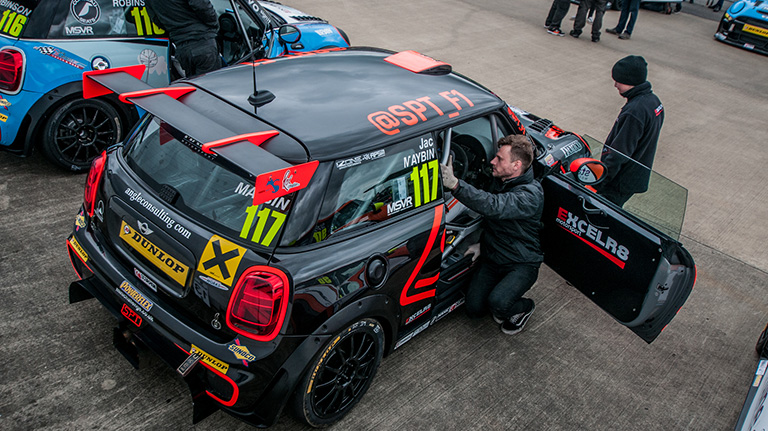