CATCHING UP WITH: WILL FAIRCLOUGH

When Will Fairclough began his racing career in 2018 in the MINI CHALLENGE he couldn’t have possibly expected the results and success that would transpire over the course of the season.

It all started when Will bought a new limited edition F56 MINI JCW Challenge production car. The car was developed together, by MINI and MINI CHALLENGE as a road-going version of the JCW racing car which is currently the flagship MINI CHALLENGE race car. Will was invited by MINI to come along to Brands Hatch to see how the car could perform on the track. In typical British fashion it was raining but that didn’t deter Will on having a good time, meeting JCW race drivers including Charlie Butler-Henderson and Rob Smith. It was a great day, the racing seed had been planted and Will went onto make enquiries about getting into motorsport.

Will joined AReeve Motorsport in the Cooper S class and began with pre-season testing.

“When it comes to learning something, if I’m fully focused on it, there’s no one out there that can match me, I’m focus, focus, focus. When I got into the car at Snetterton pre season I knew I had eight hours to learn and understand that car before race day and so leading up to then, I was watching people go around Snetterton over and over again, I watched driver tutorials over and over again. I already knew how to drive but it’s learning how to get around a race track.”

“To win my first race was just phenomenal and then to continue my strong performance and have a top spot throughout the season was beyond my wildest expectations.”

Will would continue his success, taking multiple podiums and wins throughout the season. With a combination of good fortune and talent, Will managed to complete the season, starting and completing every race which is an achievement.

“Firstly, the team have to provide a reliable car and perform well, and beyond that it’s all on my shoulders. I think that is one of my best achievements, that consistency through the season.”

Will’s success showed us that you can join the MINI CHALLENGE and get a lot out of it, depending how hard you are prepared to work for it.

“I was always pushing 100 percent. If I’m not pushing 100 percent then I’m holding something back, perhaps not wanting to cause a collision or go off. I did have offs at Cadwell and Donington and dropped back. I did have these moments, but it just proves I wash pushing and pushing and didn’t hold back. I suppose I had no fear and had a lot of respect for keeping the car safe and on the tarmac while pushing hard. When you don’t have any experience or doubt it’s like you can’t be scared of anything. I remember a moment [at Donington] with Tom Bell when I ended up on the grass down the Craner curves and at that point I realised that if I keep my foot in I’ll be alright.”

We asked Will what his most memorable race of the season was.

“I think it was race one at Brands hatch, we’re on the [start] lights and we’re on slicks. It’s been dry all day. All of a sudden it starts raining. The last time I’d been in the wet was at Snetterton where I was nowhere. I’d watched a lot of videos on race cars in the wet but I’d not had much practise. To drive the way I did and to have the accolade of the drivers and commentators for how I drove that car around that circuit in the wet on slicks and still pulling a lead was probably the best drive for me.

We congratulate Will on his huge success over the 2018 season and look forward to seeing him back with us in 2019 for more exciting racing in the Cooper S Class. 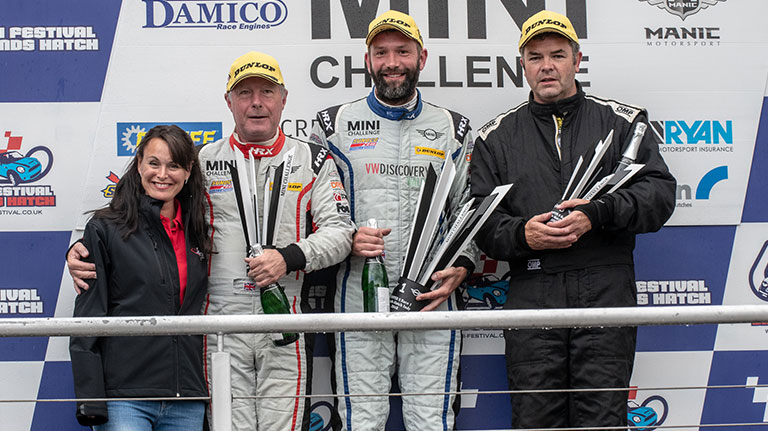 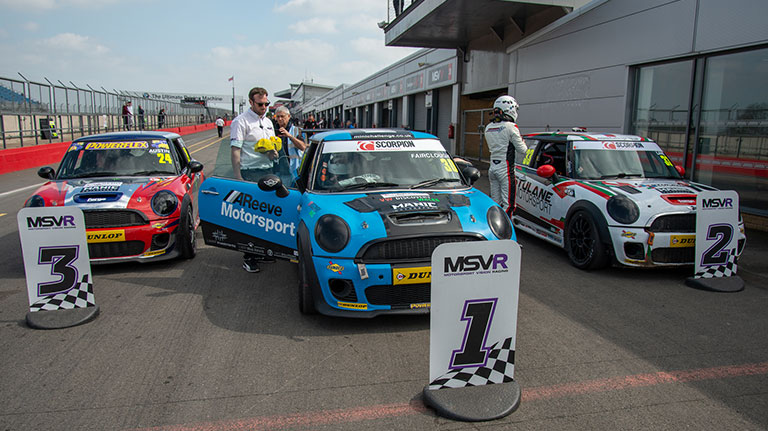 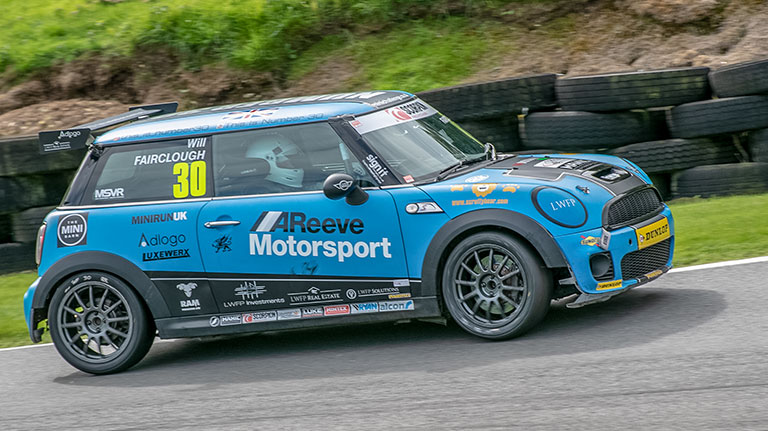 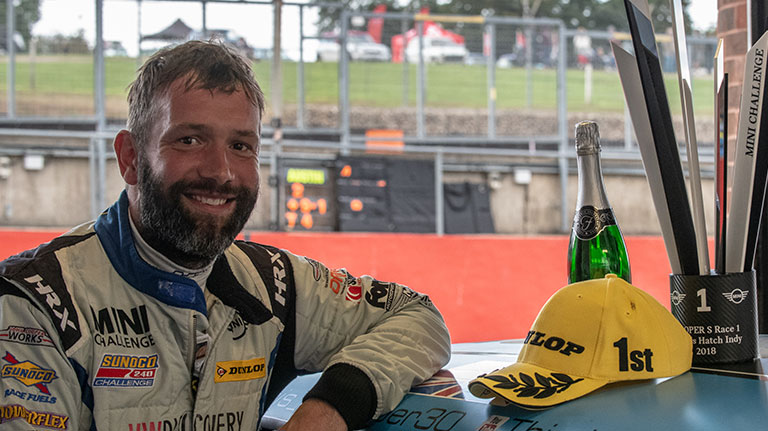