CATCHING UP WITH: GARY PAPWORTH

Gary Papworth had a great season in the Cooper Am class this year, being consistently in the top three cars at each round and scoring valuable points to come third in the Class overall. 2018 was Gary’s second season in the MINI CHALLENGE, having competed in three rounds in 2017 while sharing the drive with Neal Clarke. This year both drivers competed in their own cars in the Am Class.

Gary continued to improve his driver technique and race craft over the season and achieved 8 podiums in total over the year.

“The season was very good, a disappointing last race, there was a little bit of contact between me and Lee Pearce at the hairpin at Rockingham and that dislodged my offside bonnet catch and the bonnet came up as I came through turn one which is the fastest turn on the circuit. I was chasing him [Lee Pearce] down and I’d just taken another 0.7 of a second off the gap and I’d got away from Neal Clarke and Adrian Norman but apart from that I’ve had a good season”.

Next season Gary plans to take a step back from driving and instead focus on supporting drivers such as Neal Clarke in the Cooper Am Class.  “Next year I’d like to go out and learn about car set up. I’ve only set cars up with advice from other people this year but I’d like to have a few track days and try different settings and make notes on how the car reacts. When we raced in TDT (Track Day Trophy) we raced the car as it was because we were pretty green to it but this year we’ve learnt a lot. I’ve built the cars myself and I’ve enjoyed doing that side of things, but I’d like to learn a bit more”.

Asked why Gary preferred the Cooper Am class he said “The pro class has some stiff competition and I just don’t feel like I’m up to that level. We only did a few Trackday trophy rounds before we stepped up to MINI CHALLENGE. In reality we are amateurs and when your racing in the Trackday trophy you just get strung out and there’s no real competition where as in the MINI CHALLENGE it’s all the same cars with all the same spec and there was some close racing.”

We look forward to seeing Gary in the Paddock next season and hopefully seeing him out on circuit in the near future. 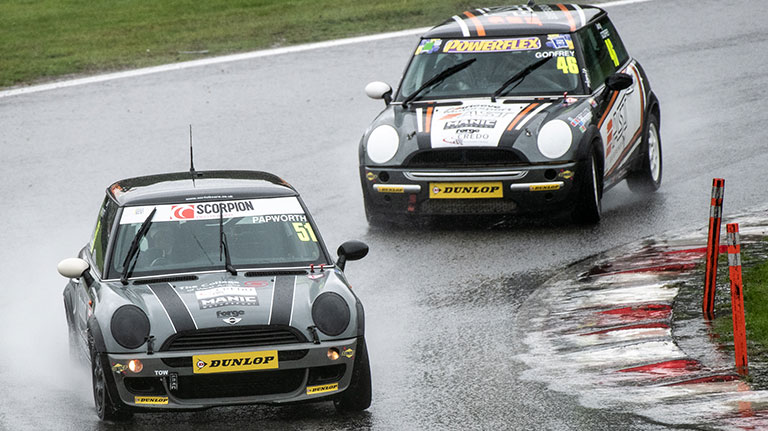 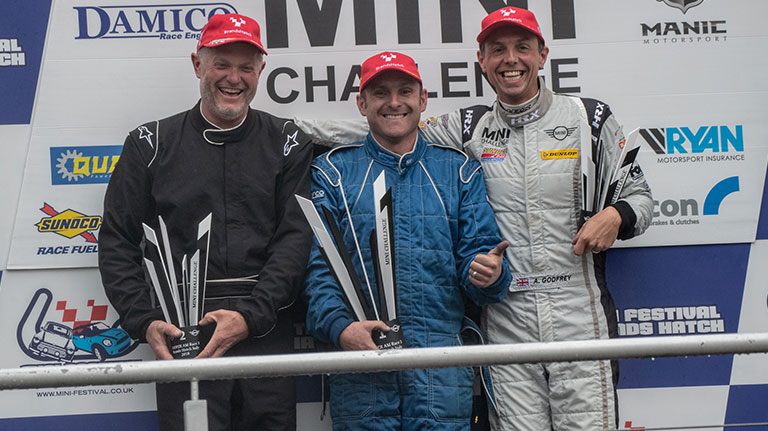 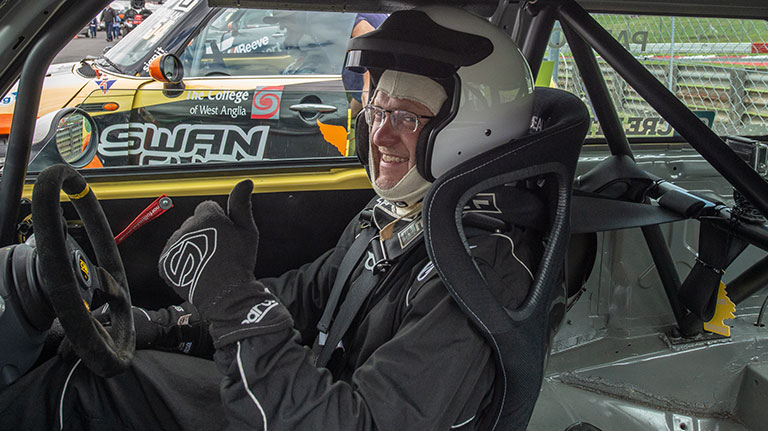