The M40 and A14 roadworks could not stop the final rounds of this year MINI CHALLENGE. The final time that the MINI CHALLENGE will race at Rockingham Motor Speedway. It is set to become a car storage facility with no more Motor Racing.

Toby Goodman showed his pace to all as he led 19 MINI Cooper R50s around the 2-mile circuit. Simon Walton was hot on his heels in P2 and Kyle Reid, who had his mind on becoming both the Pro Class champion and the Sunoco 240 Challenge managed P3. In the Am class, the class leader Alex Nevill had a tale of woe and did not qualify, his car had throttle body issues. Andy Godfrey was delighted and claimed pole position in the class followed by Adrian Norman in P2 and Neal Clarke in P3.

A lights to flag victory for Toby Goodman, by a 5-second margin. The early race between the top 3 cars petered out as all drivers were looking at 2 more races of at least 10 laps over the weekend. P3 for Robbie Dalgleish. In the Am class Alex Nevill, who had fixed his car stormed through the pack, gaining 4 places on the first lap, 6 places by the second lap and took the class lead on the 6th lap with some spectacular driving. Had Kyle done enough to take the Pro Class Win? Well, very nearly. Lydia Walmsley in her reshelled car was going well when a tap by another car sent her tumbling down the field and managed to get P10.

Toby and Kyle on the front row, this was going to be exciting. Unfortunately, a 10-second penalty added to Toby’s time took the P1 away from him after a lights to flag win, this gave it to Kyle. Kyle could now celebrate the winning of the Cooper Pro Class. In the excitement to celebrate the Podium, Kyle’s Dad tripped over a trolley Jack and cut his leg badly. The on-site First Aid and Ambulance came to the rescue. Still, a very sticky Podium was enjoyed with Robbie Dalgleish scoring another P3 to complete the podium.

In the Am class, Andy Godfrey had the race of his life chasing down and passing Alex Nevill in style. Fastest lap as well. It is great to see a novice driver coming on the way Andy has. He is still in with a chance of winning the class but Alex would need a DNF but………. In P3 was Gary Papworth with Adrian Norman in P4 at the chequered flag.

Sunday morning 1st race at 11.30, break camp and journey home. A reverse grid had given Pole Position to Simon Walton, with Richard Newman next to him, Row 2 had Robbie Dalgleish and Toby Goodman, while row 3 had Kyle and Jacob Andrews.  In Am Class, Neal Clarke was on pole next to Adrian Norman with Gary Papworth and Alex Nevill on the following row. Lights out and away they go for the last race of the year. Simon Walton took his long overdue first win of the year with Toby Goodman 2 seconds off in P2.  Kyle Reid in a close P3 and Robbie Dalgleish in an even closer P4.  Kyle had cemented the Class win as well as taking the Sunoco 240 Challenge win with an all expenses paid to race at Daytona in January! What a way to end the year. His Dad was in pain but had a pair of crutches to go back to Scotland and celebrate in style.  In Am Class, Alex Nevill and Andy Godfrey were having there usual ding dong, Lee Pearce in his lovely looking car joined in and was P3, leaving Neal Clarke and Adrian Norman for 4th and 5th. Gary Papworth’s car expired on the 6th lap. Both Toby Goodman and Andy Godfrey set the fastest lap.  Simon Walton in P1 was given the Sunoco fastest driver of the day award.  And yet more Champagne flowed over the heads of all on the Podium as well as series promoter Antony Williams! 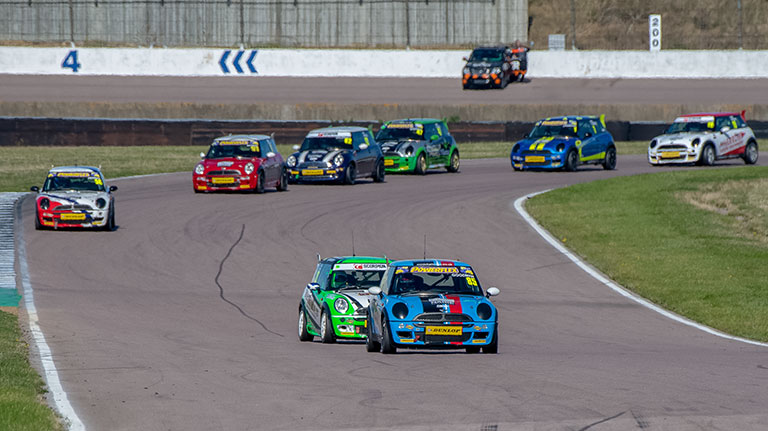 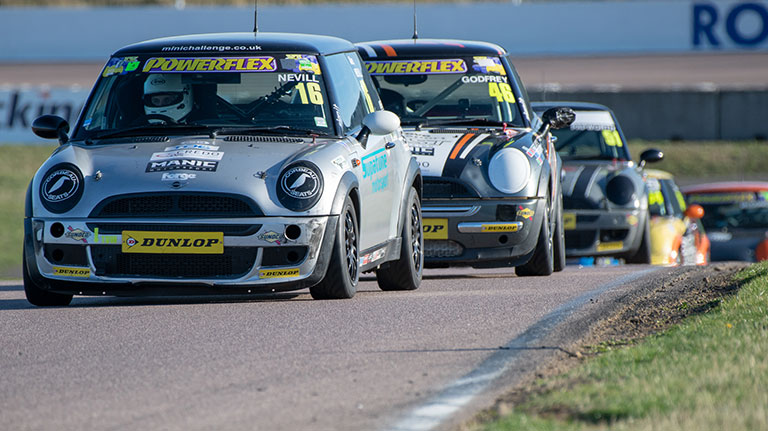 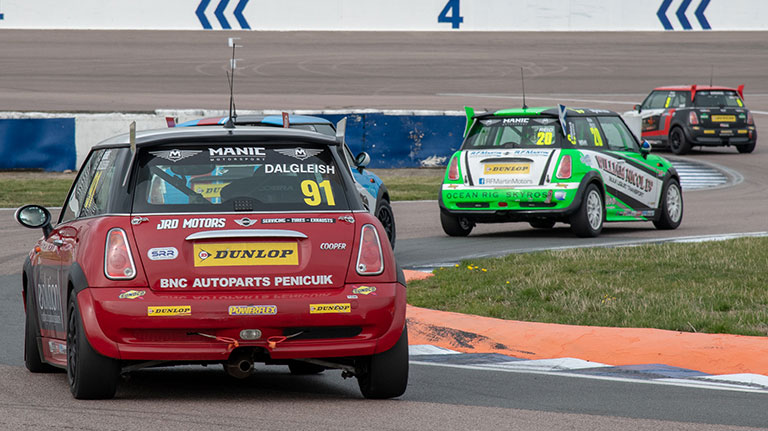 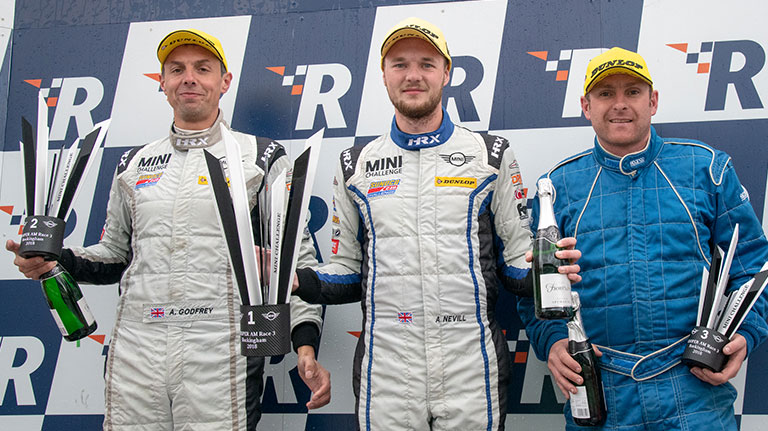