Nathan Harrison brought new champion Ant Whorton-Eales’ winning run to a finish by fighting to victory in the final race of the season at Donington Park, and in doing so cemented second place in the standings.

Harrison started fifth on the reversed grid, with Whorton-Eales back in seventh. The random grid draw handed Lewis Brown pole, but his hopes faded when a driveshaft let go as he pulled off the line when the lights went out.

That left George Sutton with the early lead as Ben Palmer, Harrison, Whorton-Eales, Calum King and Jordan Collard bunched up behind him.

Sutton looked to be edging clear until he lost control exiting the Old Hairpin and spun into the barriers on the inside of the circuit at the start of lap two. It marked a sad end to what had been an impressive return to the grid for Sutton.

Harrison had worked his way into second and inherited top spot after Sutton’s impromptu exit. But things were far from secure, as Whorton-Eales was right on his bumper, as was Collard after both managed to depose Palmer to slot into second and third respectively.

AW-E began to pressure Harrison, but the leader held firm until Collard closed in enough to capture most of AW-E’s attention.

That handed Harrison a decisive gap that he used to secure his second victory of the season.

“It’s about time I got another win,” said Harrison, whose last success came at Snetterton back in May. “I had a good first lap and then George went off in front of me, which took me completely by surprise in truth. From then on I just had to back Ant up into Jordan and let them sort it out. It’s a shame to only get second in the championship again [he was P2 in 2016 also], but it’s still been a great season.”

That fight between AW-E and Collard was a blinder too, despite AW-E picking up a five-second time penalty for straying beyond track limits at the Old Hairpin one too many times. Collard repeatedly attacked and the two ran side-by-side until Collard found a way through on the penultimate lap.

“I heard on the radio that Ant had a penalty and saw him looking in his mirrors at me, so I thought I’d just go for it,” said Collard, whose second place also tied up the 2018 Rookie Cup title in his favour. “Those last two laps were the most fun I’ve had all year. He’s been in touring cars, and I want to get in to touring cars, so it was a chance for some proper touring car racing.”

AW-E’s censure meant he eventually finished fourth, slipping behind Rob Smith, who put in a superb drive to climb through the order and cap his year with a podium.

“I was working out that if I didn’t get a podium here then this year would have been my worst return for podiums and wins,” he said. “I knew Ant had the time added, and was doing the ‘noob’ thing of counting the gap to make sure I was within it, and then making mistakes because I was too busy counting! I gave up doing that pretty quickly…”

Palmer capped a strong debut weekend with fifth place, a particular highlight being his superb wheel-to-wheel dice with Smith over a lap and a half. King was sixth ahead of Rory Cuff, Henry Neal, James Gornall and Jack Davidson. 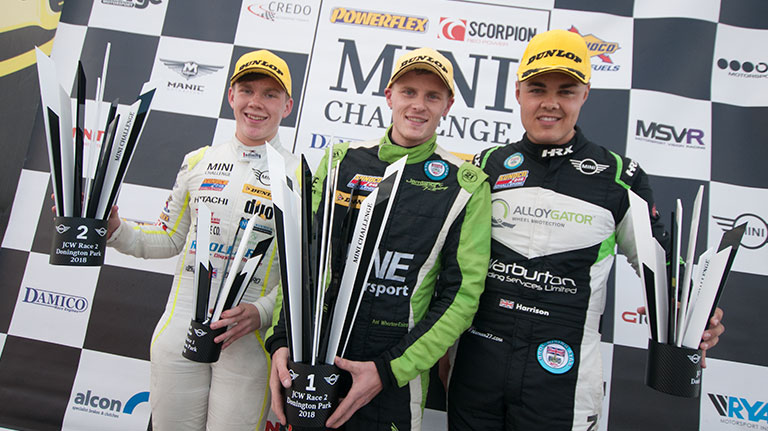 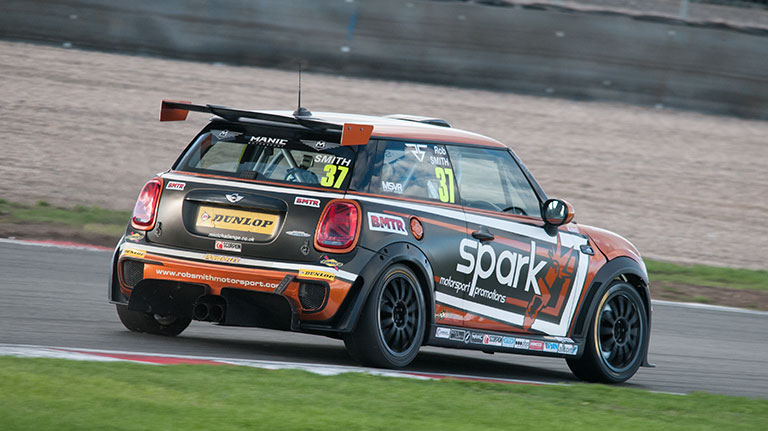 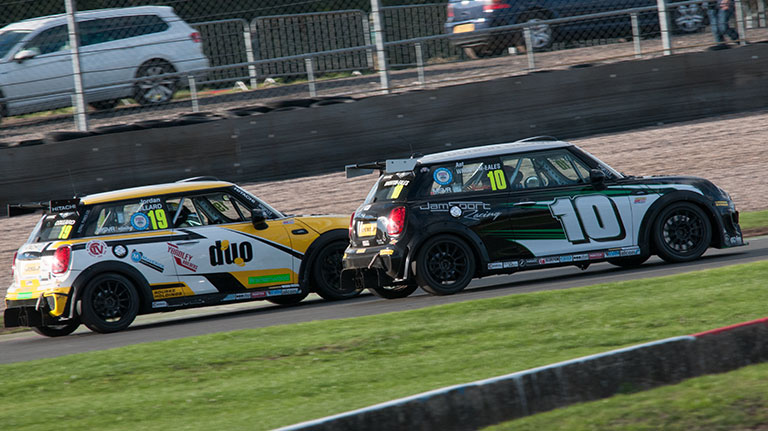