More used to handling either Renault or Volkswagen tin-tops, Palmer was a late entry into the JCW season finale in Leicestershire in the Dunlop-backed guest car, and shone during the wet first session.

The field went out onto a damp track, with only light rain falling, meaning wets were the Dunlops of choice. But the conditions were such that fresh rubber wasn’t the best option. Those on worn wets prospered, as their tyres found grip on the greasy surface without overheating in the way the fresh-cut tyres did.

Palmer set his benchmark relatively early in the session, and held on throughout.

“What a mega start to the weekend, I really didn’t expect that,” he said. “This car is an entirely different animal to the cars I’m used to: it was like going back to school trying to learn it, even though I’m used to racing with a sequential gearbox in the Renault Clio!

“I tested on Thursday in the wet, so I was glad it stayed wet for qualifying as I was comfortable with how the car felt.”

James Gornall was another man on the move, and put in a string of improved laps late in the session to climb up the order before securing a front row start with his final effort.

“I was on very used wets, in fact they were the ones that came with the car when I bought it!” he said. “I just pushed harder and harder, and even had a tour through the gravel at one point. But I’m happy with that.”

Calum King was third fastest to signal a return to form and bag what he called “the unofficial pole” with both Palmer and Gornall running as guest entries and not scoring championship points.

Champion-in-waiting Ant Whorton-Eales will start fourth, on the weekend that he will take the title beyond doubt.

Rory Cuff was fifth fastest, ahead of Luke Reade, Jordan Collard and Nathan Harrison, who rued his choice to run fresh wets. “The car was just moving around too much as the tread blocks overheated,” he said. “The tyres just cooked under me. The track was so marginal. Oh well, Sunday is a new day.”

Jono Davis was ninth while Jac Maybin rounded out the top 10. 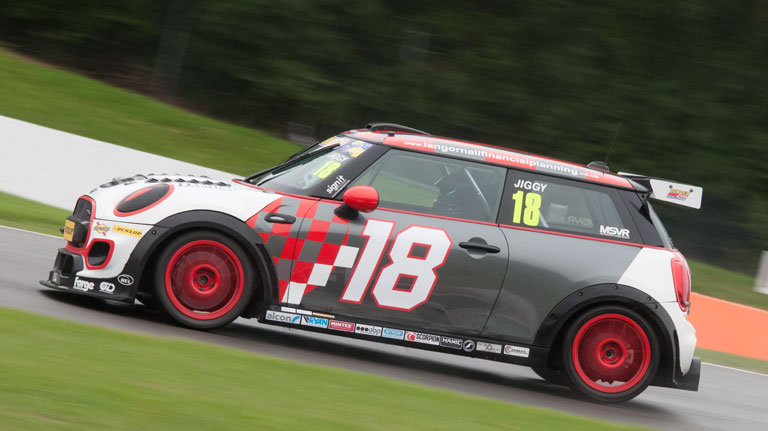