Ant Whorton-Eales has pledged not to back off in his quest to seal this year’s MINI CHALLENGE JCW Championship title, despite his rivals admitting they need a miracle to deny him the crown.

Whorton-Eales has been the benchmark of the championship since the first race and he will carry a huge 110-point advantage into the final two races of the season around the Donington Park GP Circuit, with just 118 in total on offer across the weekend.

Thanks to a stunning run of six race victories on the bounce heading into the season finale – including five out of five at Brands Hatch across the Indy and GP rounds – AW-E and his JamSport team can wrap up this year’s championship with a solid result in the first race.

“Obviously we’ve looked at the championship and seen what we have to do,” says Whorton-Eales. “My mindset is to always keep flat-out, keep pushing. As soon as you start relaxing with these things errors creep in and you can start to make mistakes and put yourself back in with cars that you shouldn’t be racing with in positions you shouldn’t be in.”

Having established himself in the British Touring Car Championship and been a Renault Clio Cup champion, AW-E insists his move back to MINIs for this year didn’t bring any additional expectation.

“I didn’t feel much pressure coming back to MINIs,” he says. “We knew we were going to go well and the JCWs are something totally different to what I’ve done before. But saying that we knew it was the first time the team had run the car and we didn’t know what we were doing with the setup at the start of the year. We knew that if I clicked with the car and the engineers clicked with the setup we’d be hard to beat, and eventually that’s exactly what’s happened.

“My engineer, Neil Barnett, ran me in Clios and I won the championship with him and the JamSport guys and he also stayed with me in BTCC too, that kind of stability has been so important to the whole thing.”

The only man capable of taking the title from Whorton-Eales is Excelr8’s Nathan Harrison, but he readily admits his title aspirations are a long shot at best.

“The fight’s still alive and anything can happen in motorsport, but I think it’s pretty clear that I need a miracle to win this championship now after the run Ant’s been on,” Harrison says. “I think I’m just racing for second sadly. Ant’s a top driver and I take my hat off to him this year as he’s been brilliant.

“I raced on the Donington GP layout in Coopers in 2015. It’s all about momentum around there, and not so much about grabbing a tow from another car because it’s such a fast, flowing track that getting into the rhythm with it is more important. It’s one of my best tracks on the calendar, so I’ll just be aiming to bag another win before the end of the season.” 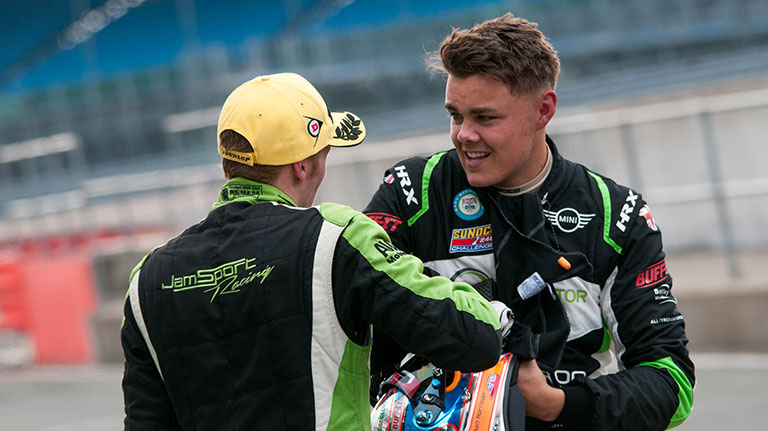 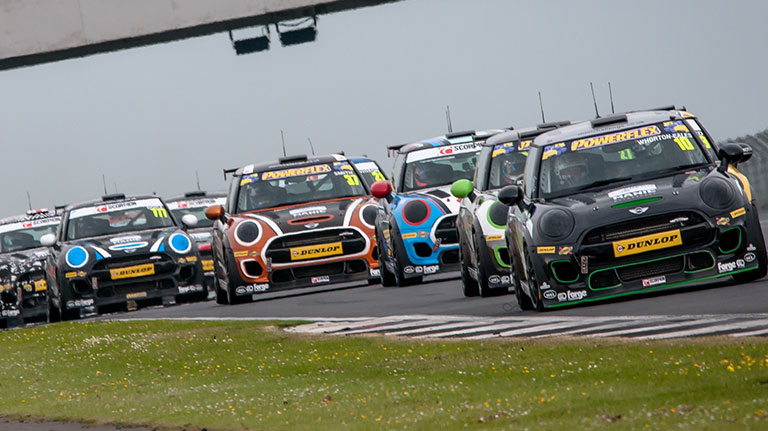 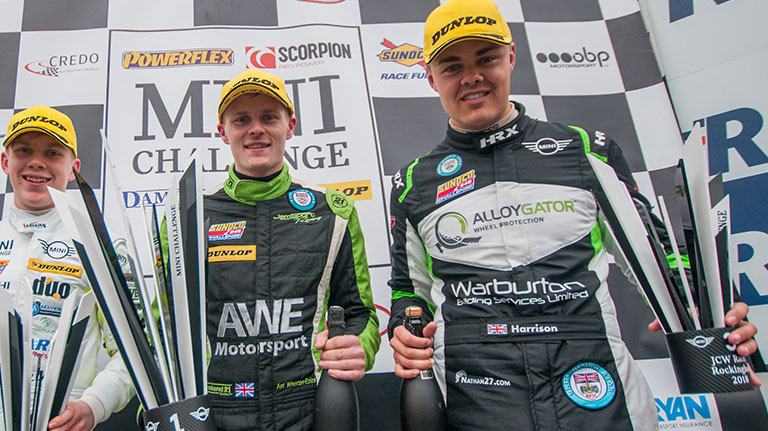