Early Saturday morning, after 6 sessions of testing on Friday, meant all were raring to go. Some had a bit of damage and had their cars and engines patched up. In reality, qualifying was going to be a set up and shake down too. We did not wait long for the 1st Red flag! 2 laps in fact with Andy Langley the cause of the stoppage after visiting the slippery grass. A bit if a wait ensured, tyres cooled down. 6 minutes left to go and get a quick time. New driver Daniel Butcher-Lord woke everyone up with the quickest time at the end of the six minutes. All the quickest laps were done on the last lap, 8 laps in total. Will Fairclough was in P2 with Jono Davis in P3, followed by Rob Austin. 2 R53’s verses 2 R56’s at the front.

Just after midday, the first race of the day. The start had Jono Davis rocket off the line with Will Fairclough tucked in behind. Daniel Butcher-Lord visited the scenery and came back to P6. Meanwhile, Jono Davis was long gone in a solo performance of how quick he is. Hitting the finish line 14 seconds ahead of Will Fairclough and Rob Austin. Andy Langley did a great job with P4 from the back of the grid.

Stuart McLaren was going well in the Mad4MINI R53 in P5, with a new unlimited diff. The R56s of Andy Montgomery, Kevin Owen, Chloe Hewitt and Sami Bowler were having their own race as Alan Lee played tail-end Charlie in his R53. This circuit seems to like R53s!

Reverse grid time with the first 6 places being reversed. This gave Daniel Butcher-Lord his 2nd pole position or the day. Stuart McLaren on P2. Jono Davis way down in P6 behind Will Fairclough. Stuart got a great start and lead briefly behind Daniel. Jono Davis was on fire storming through the field. Will and Rob were playing cat and mouse.

On the 3rd Lap Jono hit the front and there he stayed, giving another superb driving performance, he crossed the finish line 4 seconds in front of Daniel. Rob and Will were still at it. Rob was not letting Will through, we had a few sideways battles but Rob’s experience clearly showed. Andy Montgomery retired after the 5th lap. Will Fairclough achieved the fastest lap (more points). The R53s win again.

The class championship, still open, will be settled at Rockingham with 3 races in 2 weeks time. 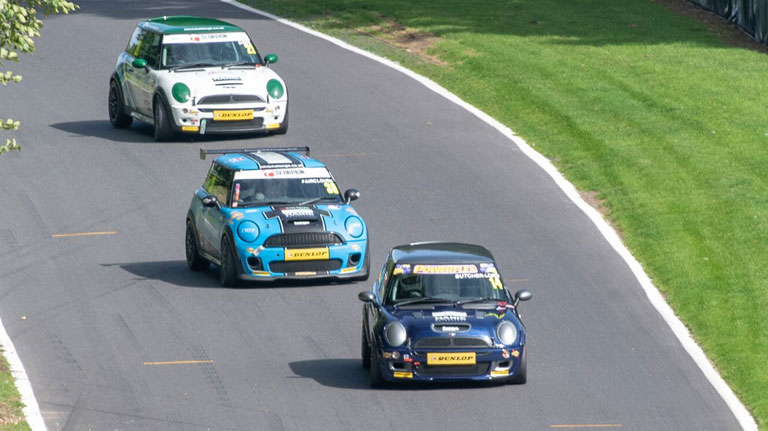 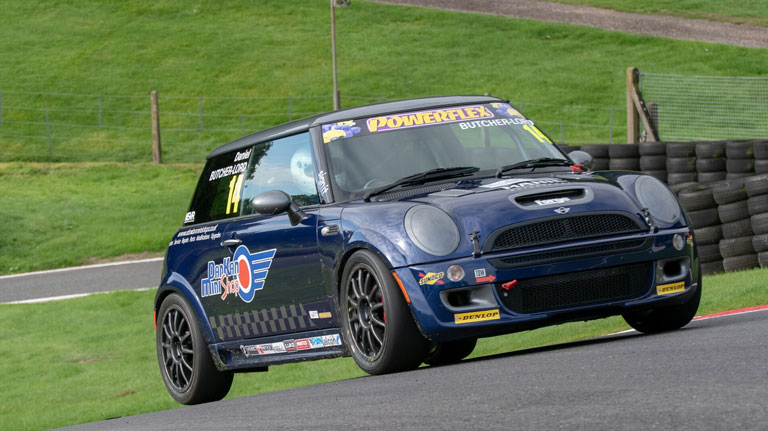 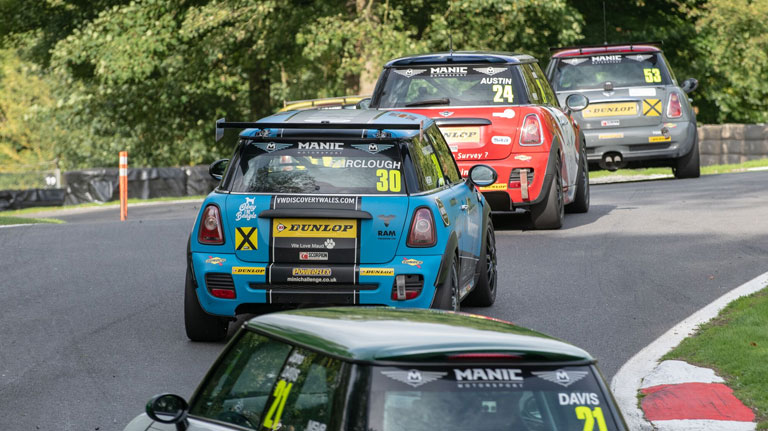