With just 5 races to go in this year’s MINI CHALLENGE, it could all be decided today at the East Coast’s answer to the Nűrbugring. The Park Straight will have all the normal aspirated Coopers flat out as they approach Park Bend. The Mountain is always a favourite place to watch as the cars go light or even lift all 4 wheels. The Hairpin and Hall Bends are also great viewpoints, besides you are never too far from the Paddock and MSVR’s superb cooking.

Current pro class leader Kyle Reid is currently running away with the championship. 3 wins out of 3 races at the Brands MINI Festival certainly helped him. He is also very much in the running for the Sunoco 240 Challenge, which he currently leads. Kyle is currently leading the MINI CHALLENGE by 97 points. With 50 points for each race win plus 18 points for leading both races and fastest qualifying, 2 wins could see him with the championship, but only if he stretches the lead to 168 points. Robbie Dalgleish could still take it all from him at 528 points! Richard Newman is having a late charge as his form improves. The other championship places are all still up for grabs and that will ensure all competitors will be trying for a strong finish in every race around the flowing Cadwell circuit. Charlie Cooper is back in his usual car and has a few scores to settle.

Alex Nevill had a rough time of it at Brands with only 1 podium, much to the delight of the ever-smiling Andy Godfrey with 2 wins and a P3 in the reverse grid race. Gary Papworth and Adrian Norman are keeping those two honest, both are ready to pounce on any mistake. All the field are bunched up points wise and it is still anyone’s Championship. Fun it will be as they are all taking it to the wire, or is that Rockingham in 2 weeks time?

Will Fairclough with 2 wins and a P2 at Brands MINI Festival keeps him in reach of the championship in his rookie year. Rob Austin is staying in touch by having an incredible run of good finishes, usually on the Podium. Unluckiest driver has to be Jono Davis in his very rapid R53 S. Maybe he is just too quick for an R53. Reliability has been an issue all year. Many a time he leads a race to then have to pull into the pits with one issue or another. Missing the next race as well sometimes. One thing is for sure is he is a very quick driver and seeing him step up to the JCW class has opened a few eyes. Chloe Hewitt, Team Zoo, is still plugging away, she has improved no end with help from Sussex Road and Race. At last, her car is doing what it is supposed to do. Keep an eye out for the fast Zebra.  Much the same can be said of Sami Bowler who is also ably assisted by SR&R. No8, Kevin Owen is very competitive and is looking to reel Chloe in and take the P4 spot or higher in the Championship. He got a taste of the podium at Brands in the 1st race. He has had Cylinder Head issues and hopefully, that is now all behind him. Andy Montgomery, Mad4Mini,  is wondering if his new R56 is better than the R53 that Stuart McLaren is borrowing for the rest of the season. Stuart is normally a bit quicker than Andy but a roll at Brands put paid to that last time out. Stuart’s confidence was not harmed as he went out in the last race without front and back windows (in the rain), determined to finish a race at the MINI Festival. 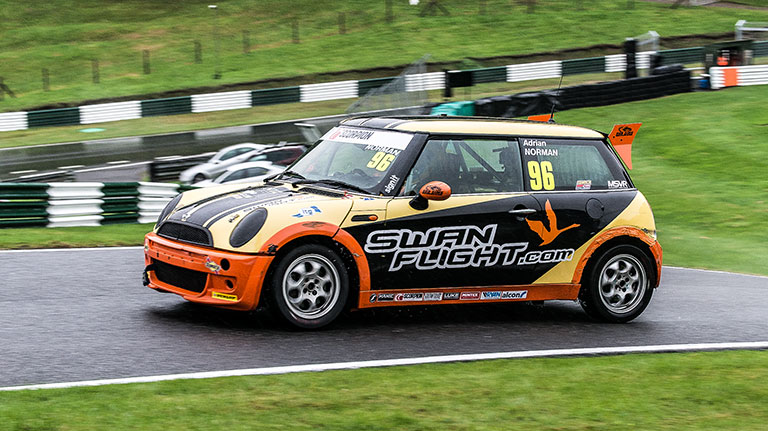 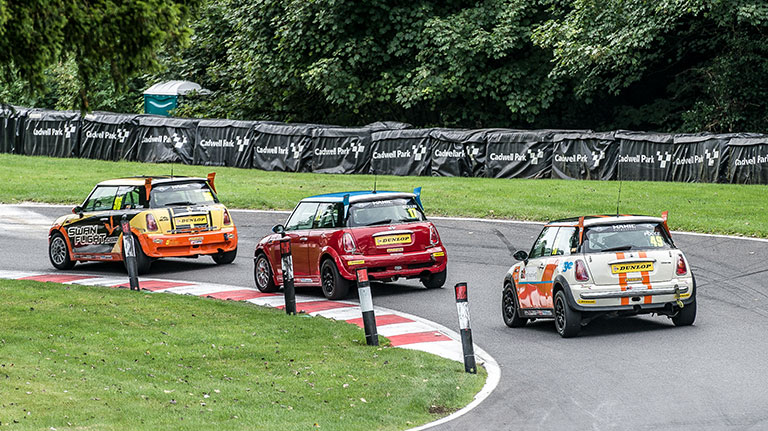 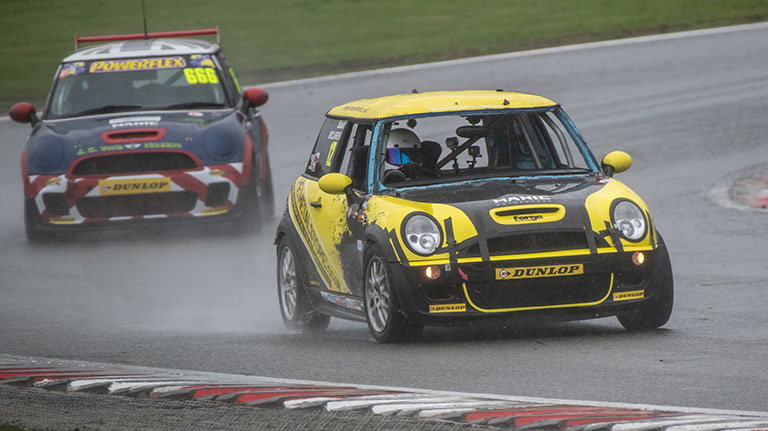 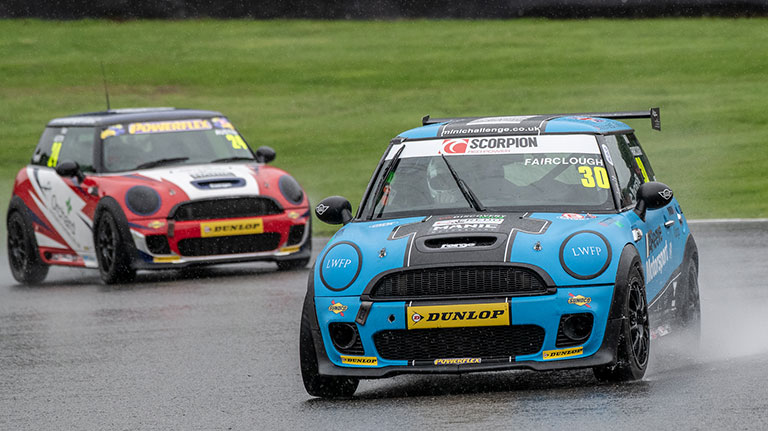