The top 3 drivers all decided to conserve their tyres with 3 races and qualifying to go on just one set of new tyres and a carry over pair. Jono Davis was certainly quick out of the blocks as was Will Fairclough and Rob Austin. The 5th lap had Jono pulling over to the side of the track coming into Graham Hill bend with a broken drive shaft, this also shattered the gearbox casing spreading a bit of oil around Druids. Lap 6 was the fastest lap, Will Fairclough capturing pole position by 0.305secs from Jono’s quickest lap, Rob Austin was in P3 and Stuart McLaren in P4, complaining about traffic and no clean laps! Just wait for the JCWs with 26 cars rather than 11!.  Jono and Excelr8 had a lot of work to do a gearbox and drive shaft change over with the first race due at 3.30. Still, they are used to the pressure.

Lights to flag for Will Fairclough with Jono Davis’s car not ready to take to the grid. Late night coming up as well. Rob Austin tried but had a steady drive to finish 8 seconds adrift. Halfway through the race, (4th lap) the rain started to fall, with cars out on slicks it was a great show of car control. Unfortunately, on the 8th lap, Stuart McLaren had the most gentle of a roll coming into paddock, the car went one way then the other edging onto the “Kitty litter” and over on the side he went. With the race nearly out of time (4 minutes left ) the red flag was shown. Stuart had to taken out of the car on a bodyboard with back pain, which, fortunately, was just aches and pains, which is more than can be said for the R53 he was driving. Surprising little damage with the rolling impact being on the top left windscreen pillar. Kevin Owen, call me number 8, was having a great race with Chloe Hewitt changing places a number of times 0.6 separating the two at the end. Samantha Bowler did a bit of Rallycross to visit the beach at Clark Curve. Neil Brown was the only other finisher. Tom Halliwell had a head gasket go, Andy Montgomery had fuel pump issues and Alan Lee went off in the rain! Neil Brown had terminal engine/ Clutch issues.

Sunday morning and the weatherman said rain at 12. 12.43 and there was a light drizzle that stayed for the rest of the day. Full wets for all cars. Jono Davis had fixed his car, the back of the grid in the wet would be a big ask. Stuart McLaren had taken the windscreen out, the back door off and the side windows were all down. Nice visor!. Stuart was determined to race after being given the all clear from the doctor.  Will was on pole alongside Rob Austin, P3 and P4 had Kevin and Chloe side by side, Sami Bowler and windowless Stuart McLaren were next, Andy Montgomery and Tom Halliwell were next followed by Alan Lee and Jono Davis. Lights out and way they went with a fair bit of wheel spin even after 2 green flag laps. Jono most certainly had the bit between his lips and went from P7 to P3 on the 4th lap. He then had a great race with Rob Austin that went on until the last lap (Lap 12) when he took P2 away from Rob. Chloe had a steady race more determined to take the race to Kevin Owen, lots of it until Kevin’s car gave up the chase on the last lap. Leaving just 6 finishers.

Reverse grid time!  First 5 places were reversed. Giving Pole position to Tom Halliwell and P2 to Chloe Hewitt. Rob Austin was alongside Jono Davis in front of Will Fairclough and Andy Montgomery, a windowless Stuart was alongside Sami and in front of Alan Lee. Down to 9 cars as the rain continued to fall.

Jono Davis was determined to take home a winners trophy taking no time to pass the 4 in front. He took the lead and just extended it. This time his car was faultless as he stretched his legs in a very controlled drive. Will Fairclough and Rob Austin were having a great battle of wits until they came upon Alan Lee and Will used the opportunity to claim 2nd. Tom Halliwell was well down on power and decide to call time on his weekend on the 8th lap. At the chequered flag, it was very much as predicted with Jono taking a super win from Will Fairclough with a 12-second gap. All returned safely to the post-race Parc Ferme and a very wet podium presentation.  2 wins and a P2 for Will Fairclough, 2 P3’s and a P2 for Rob makes an interesting challenge for the next 2 rounds! 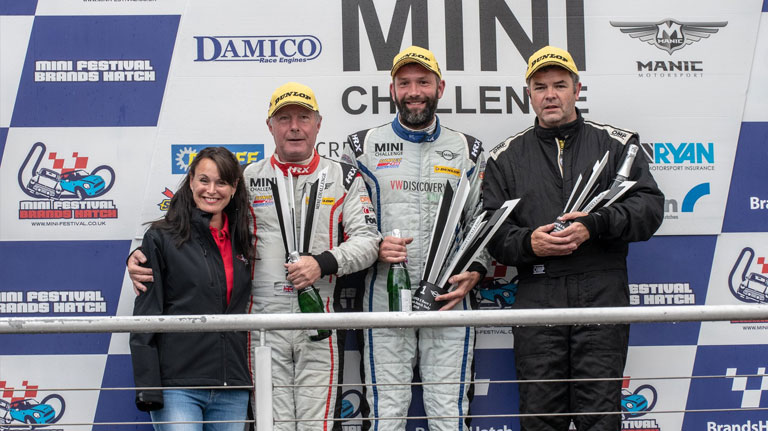 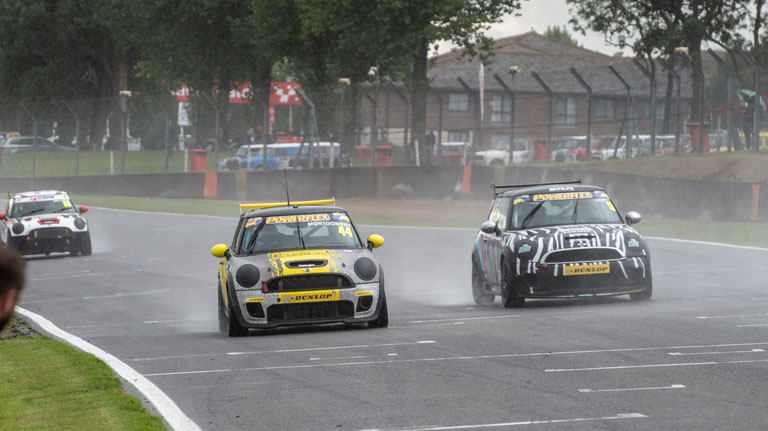 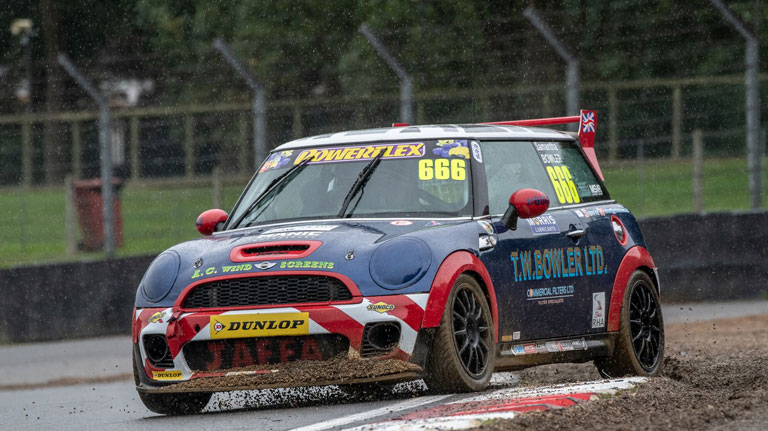 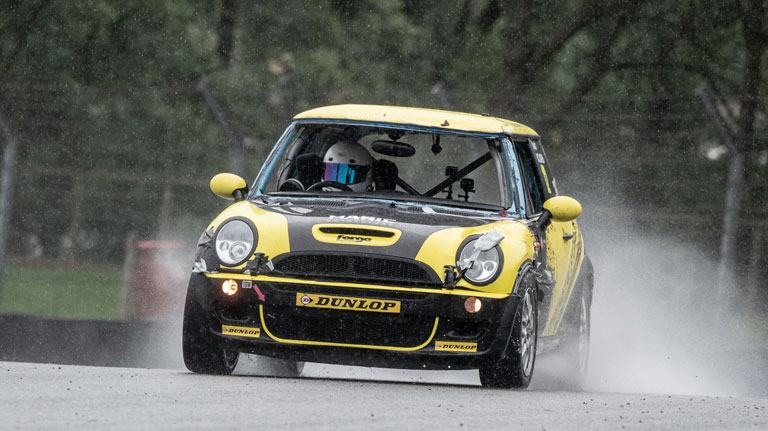 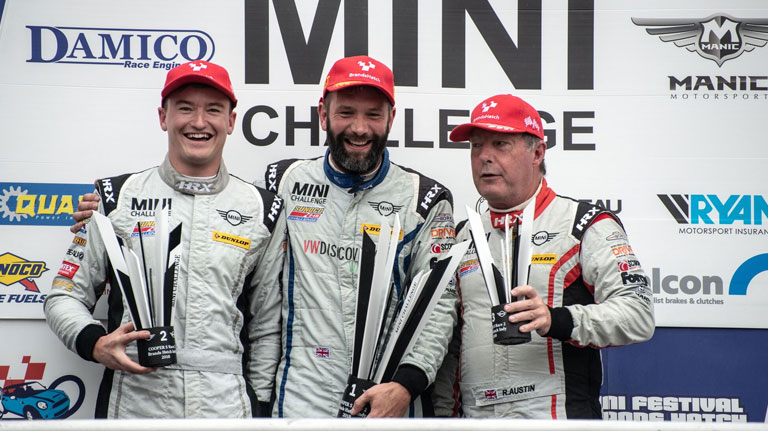