Ant Whorton-Eales is on the verge of securing this year’s MINI CHALLENGE JCW Championship title after scoring his second victory of the Brands Hatch MINI Festival weekend, as his championship rivals imploded.

After being promoted to his first win of the weekend when Jordan Collard was pinged with a time penalty post-race on Saturday, Whorton-Eales enjoyed the perfect Sunday morning to move himself within touching distance of the championship trophy.

AW-E started on pole ahead of Nathan Harrison and got a solid start to head the pack into Paddock Hill. Then things got messy. Henry Neal was running third into the first corner when he lost the rear end of his JCW, tagging the rear of Collard, who was trying to run around Neal’s outside at Paddock after a storming start. The touch left Collard skipping through the gravel and down to eighth.

“I went in a bit too hot and the rear just snapped on me and I think I caught Collard, which was totally unintentional,” said Neal of the touch. Collard added: “All I know was I was whacked into the gravel and after that the rear didn’t feel good at all, I was getting snap-oversteer everywhere.”

When the restart arrived, Harrison shadowed AW-E, and attempted to run around the outside for the lead into Druids, only to be shuffled wide on the exit. And then things got messy again.

“I must have picked up some rubbish on the tyres because when I turned into Surtees the car just snapped on me,” said Harrison, who slewed sideways across the corner, before being collected by a helpless Smith. Smith was out on the spot, but Harrison continued, now down in seventh.

A second safety car to clear Rory Cuff’s beached JCW, combined with the trouble ahead, helped Collard pick his way back up the order, and soon he was climbing all over the now-second-placed Neal.

With just a few minutes left, Collard tried to make a move on Neal at Paddock, but when he hit the brakes at the last possible second into the corner, his damaged car locked up and spat him into the gravel. He rejoined, and finished, a disappointed 10th.

Whorton-Eales took the win ahead of Neal, the consistent Dan Zelos and a jubilant Jack Davidson, who followed up his fine qualifying on Saturday with a season-best fourth. Harrison trailed home in fifth.

The result leaves AW-E needing to extend his championship lead by a further 12 points to put the championship beyond doubt.

“It felt a little like the others were handing it [the title] to me in that race, but it was a tough outing,” said AW-E. “There was some good touring car-style battling going on there. Nathan was so good on the brakes after the safety car, I think he had fresher tyres than me. Obviously it’s a shame that he had some issues, but my car felt OK. If it’s dry for the finale then I think we can change a few things on setup, but it’ll more than likely be wet.”

Neal said: “It feels great to be back on the podium… it’s been a while! I worked hard for that. We’ve had a few mechanical things with the car this year that have held us back, but we seem to be back on-song this weekend.”

Zelos added: “I was just planning on holding on to the top six and seeing if I got lucky with the reversed grid for race three, and then it all kicked off in front of me! This car is very different to the Renault Clios I usually race, but it’s great fun.” 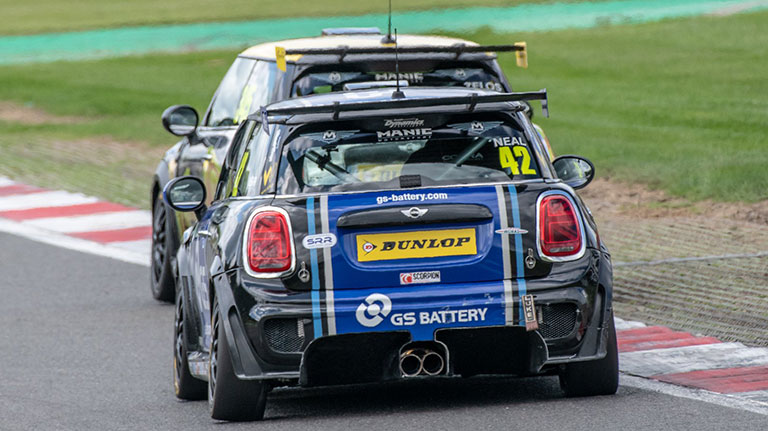 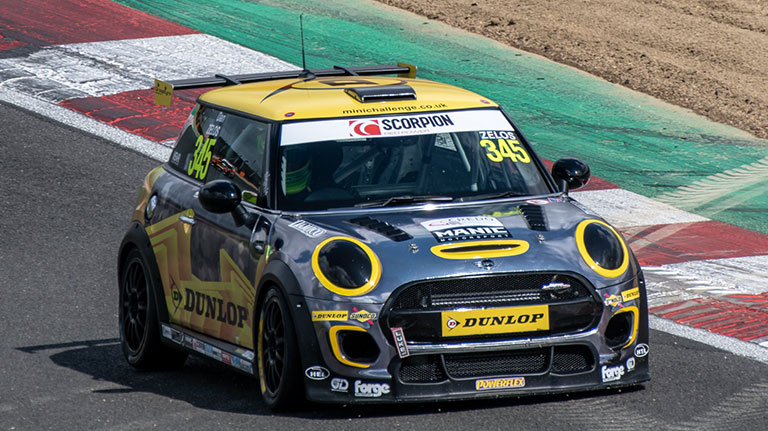