Jordan Collard should have been celebrating his second victory of the year in the first MINI CHALLENGE JCW race of the Brands Hatch MINI Festival, having held off points leader Ant Whorton-Eales in a thriller. But the officials stripped him of the glory post-race by adding a time penalty for him overshooting his marks at the start.

Collard was deemed to have overshot his grid spot when the field formed up after the green flag lap, an error that was brought to light some hours after the race finished.

Unaware, Collard got a great launch when the lights went out and led from lights-to-flag, but the outing was nowhere near as simple as that sounds.

Whorton-Eales clung to Collard’s bumper for the opening lap as Nathan Harrison got a lightning start to slot into third ahead of Rob Smith into Paddock Hill Bend. The top five soon pulled away from the pack, with Collard holding a fairly comfortable 0.8s lead over AW-E, Harrison, Smith and Henry Neal, who made use of a handy opening lap to move into contention from eighth on the grid.

Collard looked to have things in-hand, but then caught traffic and was forced to brake hard to avoid a backmarker through the flat-out Surtees left-hander. AW-E ran to the outside as Collard eventually darted inside. Collard hung on, but only by a length.

That would be a recurring theme for the final half of the race, with Collard edging clear until traffic intervened and brought his chasers into play again. Regardless, the teenager managed to hang on.

“That race was such hard work, around here you just don’t get a break,” he said. “The start was good and I was well into my rhythm and then just kept catching traffic and a few people really need to use their mirrors! But it was a good outing, and great to be on the top step again.”

However, the officials ruined his day by adding 10 seconds to his race time, which dropped him to fifth in the revised result, handing Whorton-Eales a championship bonus that edged him further clear in the standings. He said: “We’re chipping away, but Jordan deserved that race, without doubt. He drove brilliantly. I’m playing the points game and racking them up.”

Harrison completed the podium – and was then promoted to second post-race – but only just after a tight battle with Neal. Neal managed to squeeze past Smith for fourth place through traffic, and then pressured Harrison. While he was fourth on the road, the revision handed Neal his second podium of the year.

“I’m not sure if I had the tracking knocked out or not, because there was a bit of vibration on the rear,” said Harrison. “Still, I’ll take another podium but it’s not helping me catch Ant in the championship.”

Smith was fifth then bumped up to fourth, ahead of the demoted Collard. Smith was comfortably ahead of Calum King, Lewis Brown, series newcomer Dan Zelos, Jack Davidson, Jac Maybin, Brad Hutchison and Rory Cuff. 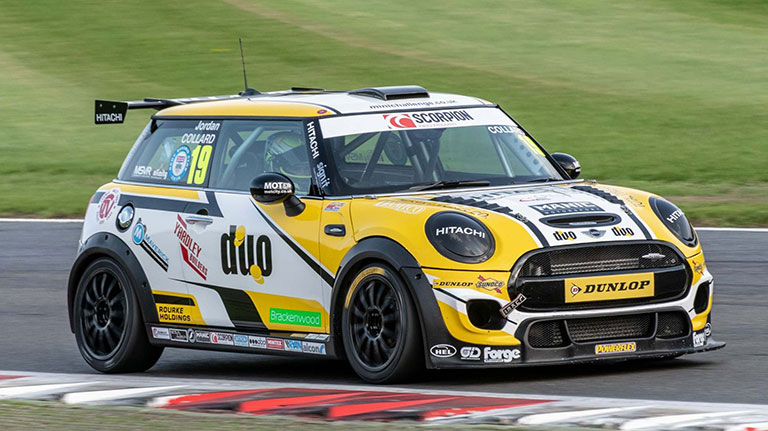 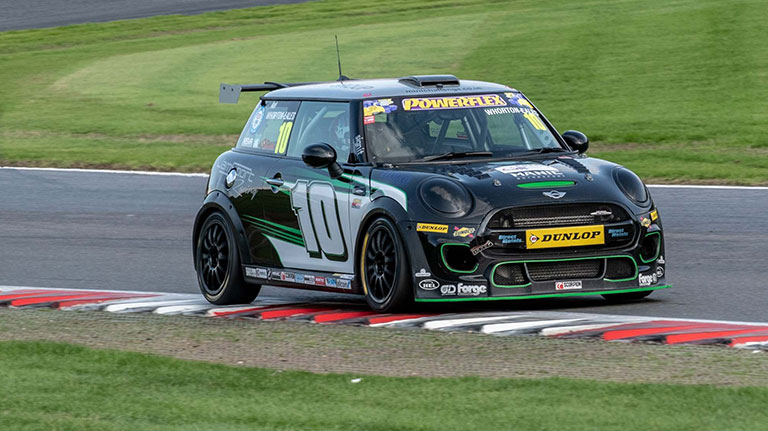