Jordan Collard returned to form in qualifying for the Brands Hatch MINI Festival, snatching pole in an extremely tight session.

Collard’s early season qualifying form has been supreme, but in recent rounds he’s struggled to replicate his Saturday dominance. However, he made no mistakes in the penultimate JCW weekend of the year, edging out championship leader Ant Whorton-Eales to secure top spot by exactly 0.1s. In fact, the entire top 20 were separated by just a single second.

“It’s good to be back on form after a bit of a wobble,” said Collard. “This is a tricky little track with so many cars in the session. There’s loads of traffic and finding a clear lap is very tough. But I nailed a few and it turned out to be good enough. I reckon we’ll have solid race pace too, as the car felt really consistent for the whole session.”

Even though he will start second, Whorton-Eales managed to extend his championship lead by three points, with closest rival Nathan Harrison only able to go fifth fastest. AW-E will carry an 86-point lead into the races.

AW-E pulled into the pits with five minutes of the session to run, opting to save his tyres instead of pile on the laps. “I don’t know what some of the others are thinking, putting a load of unnecessary laps on the front tyres with three races this weekend,” said AW-E. “Ultimately, I didn’t need pole, so it made sense to do only a few laps and then save it for the races.”

Rob Smith was third, despite a few issues. “The car was trying to throw me off every time I turned left, which made Graham Hill Bend a real adventure!” he said. “I’m a bit surprised to be third, but I’ll take it!”

In fourth was Jack Davidson, who enjoyed a very strong session. “This is what we’ve been working towards all year,” he said. “We’ve been learning and improving each round and I made no mistakes. It’s good to be up there with the big boys.”

Harrison was a subdued fifth, saying: “I probably could have gone a bit better had I not hit traffic on most of my laps, but we can definitely do something from row three.” 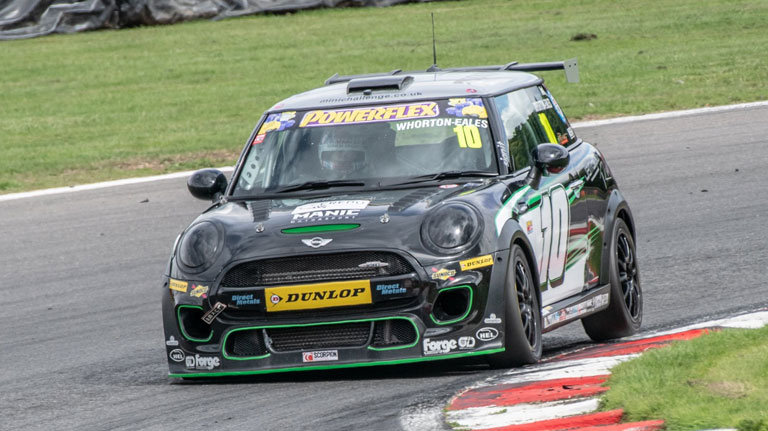 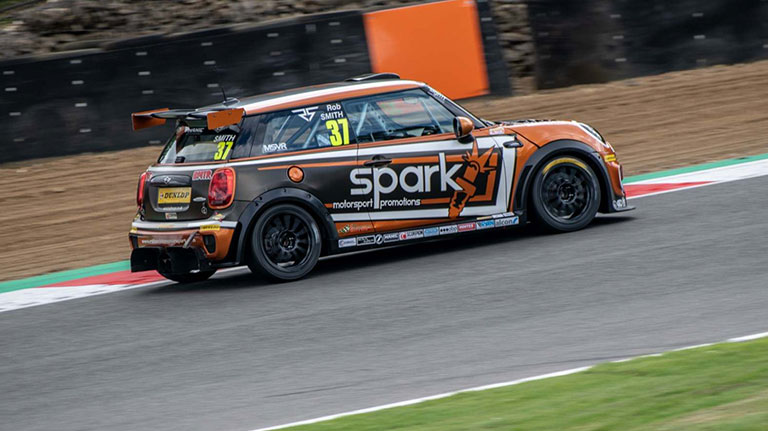