With just five races remaining, Ant Whorton-Eales tightened his grip on this year’s MINI CHALLENGE JCW Championship trophy after doubling up in front of the DTM crowd at Brands Hatch.

Despite starting back on row four, Whorton-Eales fought through the pack to snatch a hard-fought victory, even if he didn’t really think it would be possible.

“I said to the JamSport boys in the collecting area before the race ‘OK, let’s go and win this then shall we?’ but in truth that was a total joke, I was expecting maybe third, so this is brilliant,” said the double victor.

The reversed grid placed newcomer Alex Morgan on pole position, and he duly led the pack away as Rob Smith got a great launch from row two to slot ahead of Henry Neal and run second.

Smith knew he had to make his early pace pay against the less experienced Morgan, and repeatedly tried to put the leader off, but Morgan held firm at the front for the first stage of the race.

Whorton-Eales opted to go right around the outside of everybody at both Paddock Hill and Druids, and slotted behind Neal into fourth by the time the pack headed around Surtees, before then snatching third with a well-timed move into Westfield.

Once on to Smith, Whorton-Eales pressured the top two, and then pulled off two remarkable braking moves to snatch the lead. Firstly he ran to the outside of Smith before diving back across the track to run tight to the apex on the brakes and slot into second. He then repeated the spectacular move to grab the lead from Morgan with a few minutes to go.

“Boy this car has some brakes on her!” he beamed afterwards. “I’ve not done that move for a few years, it’s an old Clio Cup tactic of just trying to brake later than everyone else and hope it sticks. It did… twice!

“We’ve had a great front-end on this car all weekend, and I think it showed in that race as I could put the car anywhere and have grip. I think if Alex had been in the series for more than just this round, I wouldn’t have won and he’d have been up the road. But luckily for me it all worked out.”

Morgan resisted Smith to snatch second on his maiden weekend. “I’m made up with that!” he said. “I’ve not done much racing this year, mostly testing, and the JCW looked like great fun so I decided to give it a go. I was team-mates with Ant in Clios years ago so I know him well. It was good to fight with him again, even if I’m not used to the brakes on these cars yet.”

Smith was happy with third. The MINI UK team lowered his ride height in an effort to settle down the lively rear end that threw out the balance in race one. “The change worked nicely and I felt much more comfortable, but I didn’t quite have the edge that Ant did, still it’s good points for second as Alex isn’t in the championship,” said Smith.

David Robinson capped his weekend off with a battling fourth place, having recovered from what he labelled “a shocker” of a start that put him back to ninth at one point.

Jordan Collard was fifth, ahead of the struggling Nathan Harrison. “All weekend my car has been running about 10 degrees hotter than it should and in the traffic of the reversed grid race that really hurt me as it sapped power,” said Harrison. “We need to go away and look into it as there’s clearly a glitch somewhere.”

Luke Reade was seventh, ahead of James Gornall, Lawrence Davey, Brad Hutchison and Lewis Brown, who put in a stellar drive to secure an 11th place finish having started 26th – and last – after his race one error. 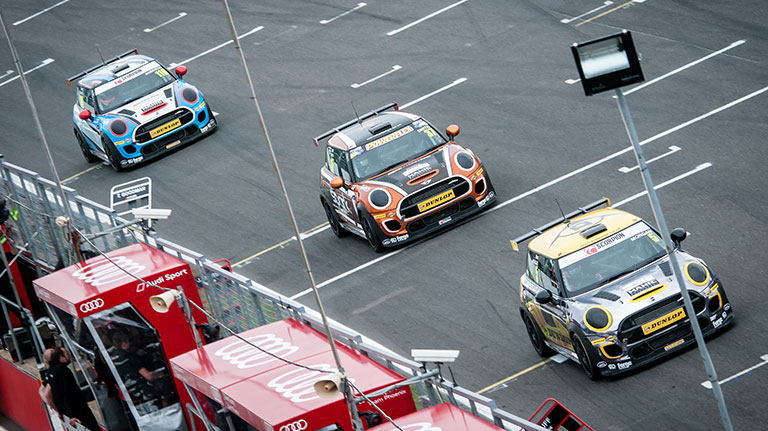 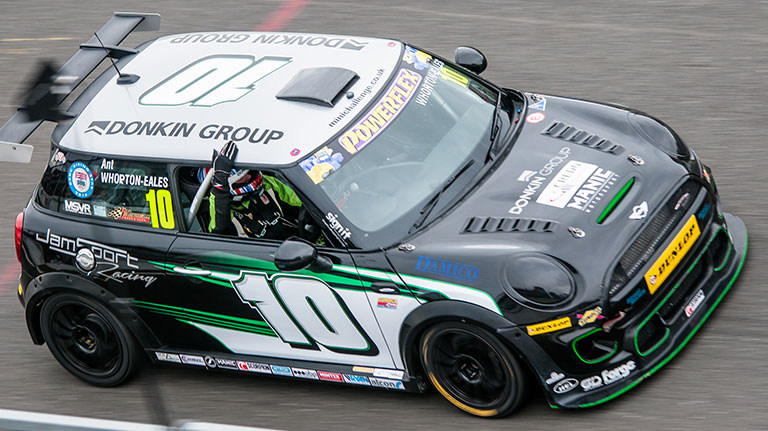 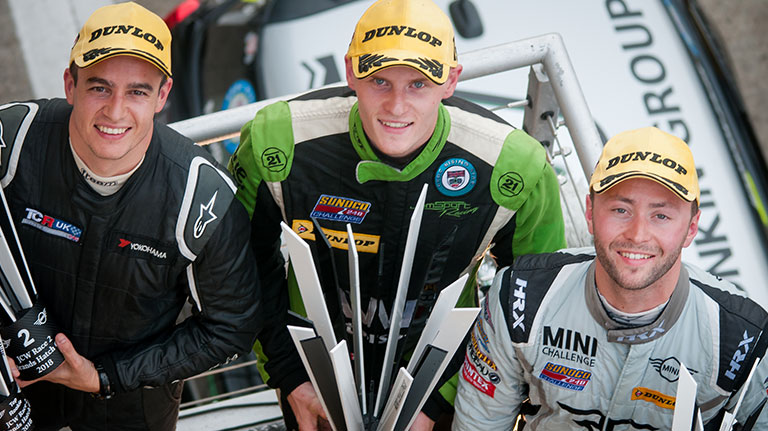 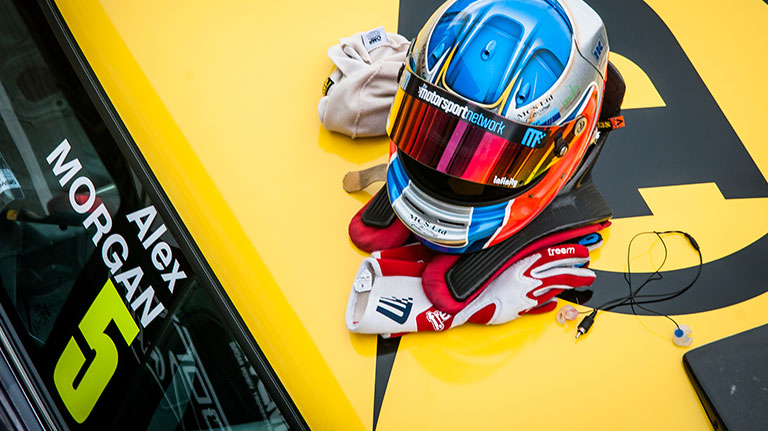