Ant Whorton-Eales extended his advantage at the head of the MINI CHALLENGE JCW Championship after taking a controlled victory in the first race of the DTM weekend at Brands Hatch.

Following on immediately from the thunderous DTM qualifying on Sunday, the JCWs put in a star turn in front of a bumper crowd, with former touring car racer Whorton-Eales providing a master class in controlled driving.

AW-E’s weekend didn’t start smoothly, with his car suffering a driveshaft failure after just a single lap of practice on Saturday. Regardless his JamSport team got him back into action for qualifying and he rewarded them with a front row start, falling just short of David Robinson’s pole position time.

Robinson got away well when the lights went out, but couldn’t pull a gap ahead of the charging Whorton-Eales, who squeezed ahead of third-placed Nathan Harrison on the run toward Paddock Hill Bend.

“The car had a lot of understeer for some reason and my run out of the final left-hander [Stirlings] was just dreadful every time because the car just didn’t have enough front end,” said Robinson after AW-E got the run alongside him into Clearways at the end of the first lap before edging into the lead into Paddock.

Robinson also fell behind Harrison and continued to third, lacking the pace to challenge the top two. “I’m disappointed with third in truth, but we’ll look at the car and I’ll look at my driving and try to come back stronger for race two,” he said.

Now ahead, AW-E soaked up pressure from Harrison, eventually taking the flag just 0.4s clear of his championship rival.

“It was a great race but I played it a bit cautious in truth,” said Whorton-Eales. “Nathan definitely has a better balance around the faster stuff on the GP loop, but we had the edge on the Indy Circuit. I stayed off the kerbing all race, which cost me time, but I was mindful of looking after the rear-left tyre around here.”

Harrison added: “I was hauling Ant in on the GP circuit, but in the end the tyres just went off and I didn’t have the grip to make a meaningful move. Second is good, but it’s not helping me when Ant’s winning.”

Jordan Collard secured a distant fourth, having lost ground in a tight battle with Rob Smith, Lewis Brown and Jack Davidson. Collard survived a tap from behind into the high-speed Hawthorns corner, fortunately managing to keep his car in a straight line. He picked up the place with a great pass on Smith into Druids as Brown got things wrong into Sheene and cruised through the gravel and Davidson lost control of his car and nerfed the barriers at Westfield. 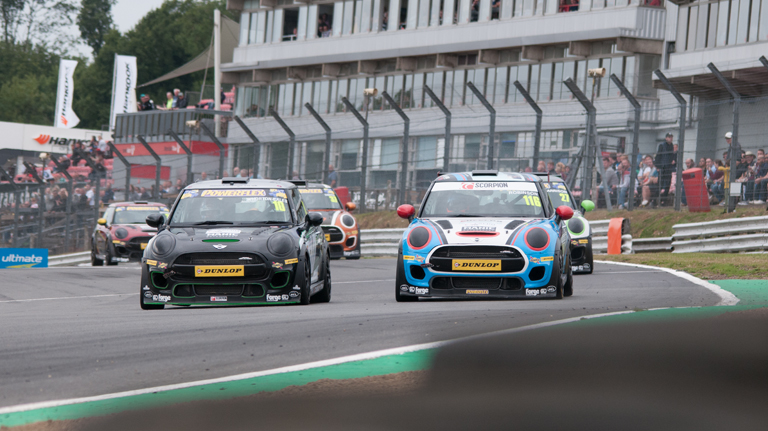 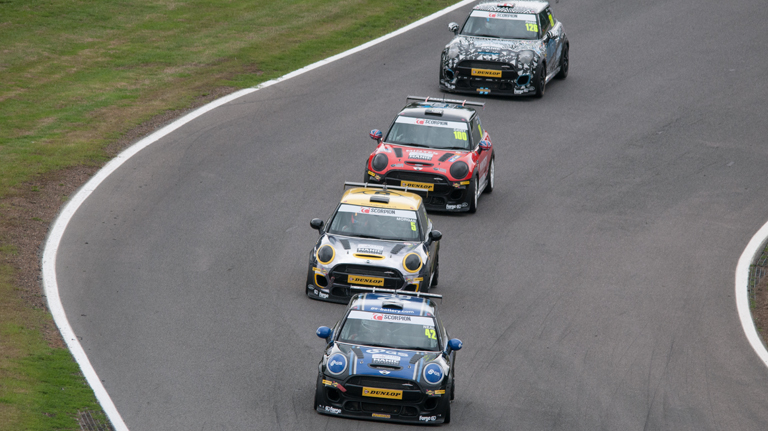 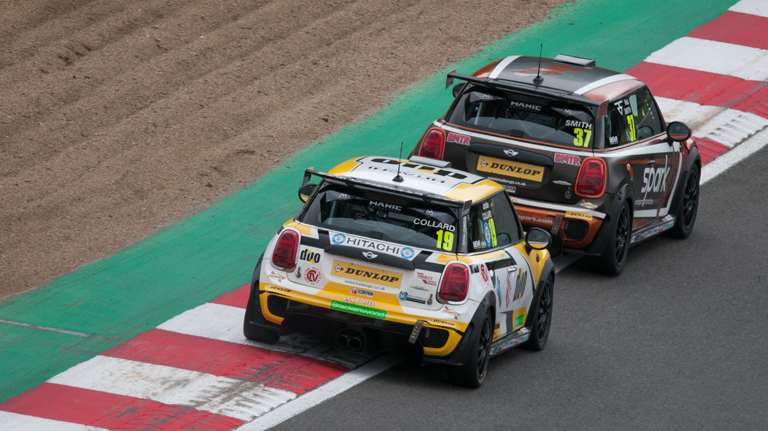