Only 10 cars this time out, with Stu Lane and Tim Bill not running.

No surprises, with Will Fairclough having both of his quickest laps being the top 2 quickest. Rob Austin, trying like mad to put in a good time managed P2 on his last lap. Tom Halliwell, a guest driver was running in Stu Lane’s car, with AReeve Motorsport, was having the time of his life in P3. Stuart McLaren was running the ex Andy Montgomery’s R53 S, despite having brake issues managed to beat Andy, who was down in P6 with Kevin (No8) Owen keeping the two apart.

Jono Davis was having issues with his car’s “cat”, only managing 2 timed laps.  He had a fight on his hands to get the car ready for the first race at midday.

Down to 9 cars with Jono Davis not being able to get his Car’s cat fixed in time. No spares!

Will set off like a scalded cat, as did Rob Austin. Will went down to 3rd momentarily on the 4th lap. Being passed by Tom Halliwell. Tom Halliwell was keeping them all honest. Will has certainly mastered the art of late braking with a superb move into Cascades up the inside of Tom to claim the place back on the next lap. Meanwhile, Stuart McLaren and Andy Montgomery were having a great race with Kevin Owen joining in. Stuart was taking the opportunity to use Andy’s old car. Having a few brake issues, needing new discs and pads. Alan Lee stayed in contention, Chloe Hewitt and Samantha Bowler were a bit off the pace with Sam having Turbo issues and the dreaded limp mode.

To quote Jono Davis “We didn’t have any supercharger issues, just a blocked exhaust due to a failed cat, that caused no power in qualifying and took too long to source a repair for race 1. In race 2 the crank pulley failed, so I had to pull over”. He did start well and set the fastest lap, from P9 to P2 in 2 laps, before the pulley failed.

Will was having a great time, P3 to P1 on the first lap. Tom Halliwell was staying in touch while Rob Austin was passed by Stuart on the 4th Lap. Clearly, Stuart likes the way the R53 handles, doing yet another set of brakes in. At the chequered flag, it was P1 to Will but the dreaded track limits gave him a 15-second penalty for what must have numerous times. Will still stays on top of the class, even with the relegation to P5. 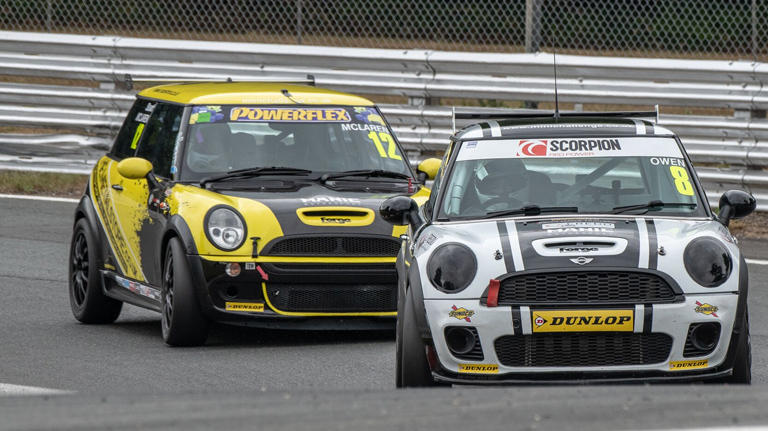 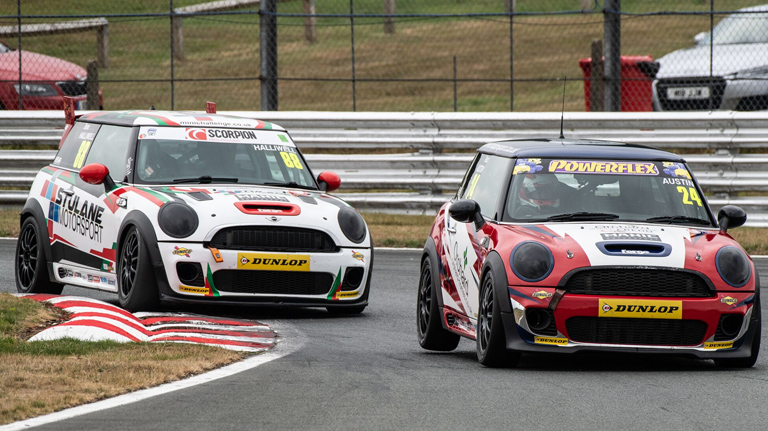 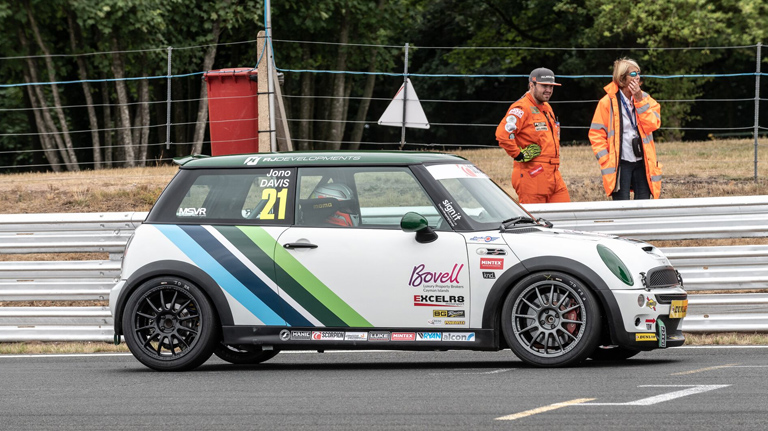 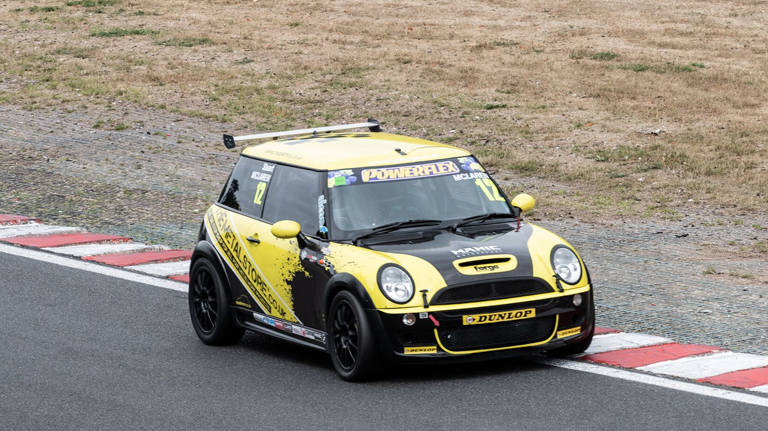 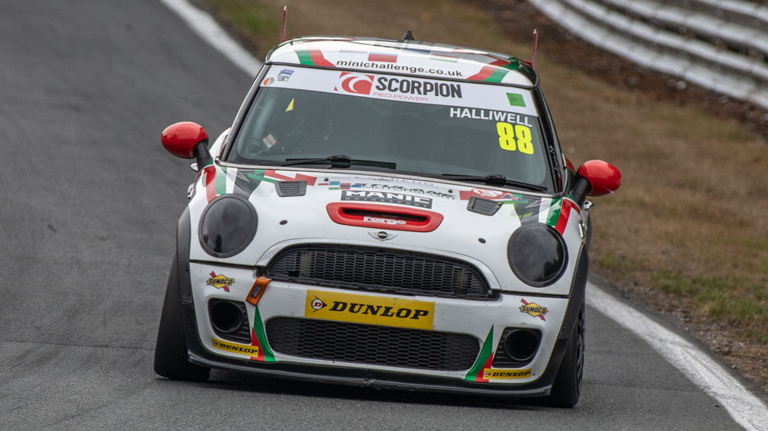