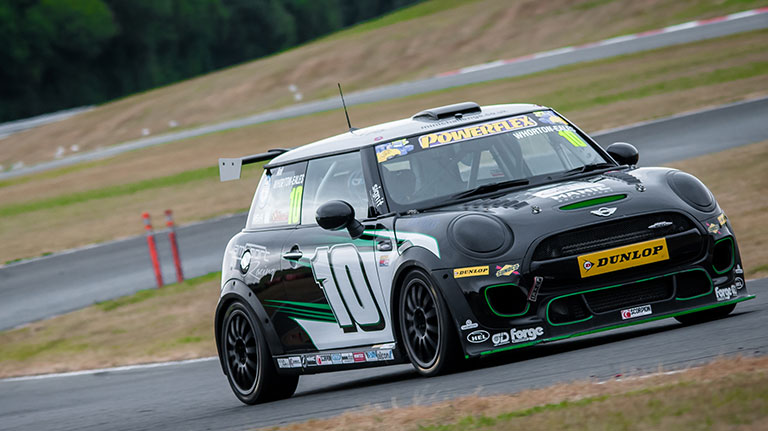 Despite leading the championship from the first round, it had been a long wait for a victory for Ant Whorton-Eales before the second JCW race at Oulton Park.

The long-time points leader started the year with a run of three successive wins, but since then has struggled with a mixture of technical niggles and setup tweaks as his JamSport team worked hard to get on top of the JCW. But for once his luck was very much in during the finale at Cheshire, as he took a narrow, if rather fortuitous, victory.

When the lights went out Brown got a good launch, but not as good as O’Neill, who steamed into second place into Old Hall. However, the order was shaken up when Brown lost the rear into Cascades. “I went in a bit too quick and it just snapped on me,” he rued. “From then on I was reliant on others not hitting me!” He escaped in one piece, but eventually retired with overheating issues.

That incident jumbled the pack. O’Neill got a few whacks as the pack avoided the sliding leader, and when the order shuffled through, Whorton-Eales was ahead.

“It was mental, but I found a gap and just managed to get through,” said AWE, who had Collard, Harrison and David Robinson glued to his bumper.

AWE defended hard, but Collard eventually towed by on the run into Old Hall on lap four and then looked to pull clear, until disaster struck.

“I accelerated out of the last corner and the gearbox just jammed in sixth,” said a disappointed Collard. “I did three laps of defending using only sixth gear, but then it just wasn’t happening for me. Gutted.”

With Collard out, AWE resumed the lead but had Harrison all over him. Wary of the closing Robinson, Harrison made several lunges on the brakes into Old Hall, but couldn’t find the decisive gap as AWE held on to the flag.

“It’s a mega result because it’s been a really long time since I stood on the top step,” said AWE. “People were saying to me at the start of the year that it was looking easy, but it really hasn’t been. At the moment we can’t live with Collard, he’s got some insane traction in that car. I need to borrow his setup book! But we got lucky here and it’s a big boost in the championship.”

Harrison attempted to stay with AWE, but Robinson just snuck by on the run to the chequered flag, snatching second by just 0.057s.

“I knew I had the pace in the car but I just couldn’t use it as all of us in the top six were running in formation, trying to second-guess each other,” said Robinson. “I knew I had the drive out of the final corner and just managed to sneak it. It’s been an awesome weekend.”

Harrison added: “Third is more good points for the championship, and I was really driving that car on the limit. It’s clear we need to find that little bit more to compete with Collard.”

Smith fought to fourth place after some measured late-race passes, holding off O’Neill at the flag. Brad Hutchison fought to sixth ahead of Henry Neal, Ollie Pidgley, George Sutton and Scott Jeffs. 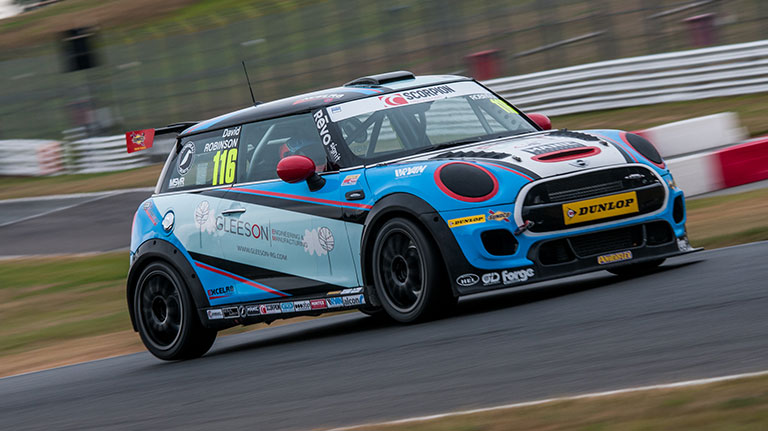 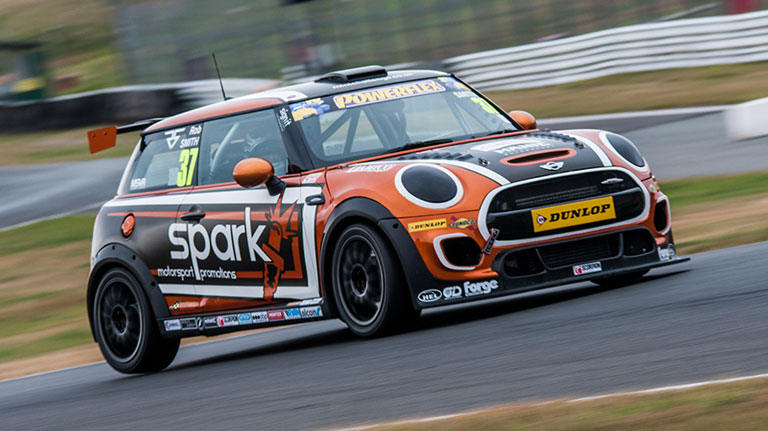 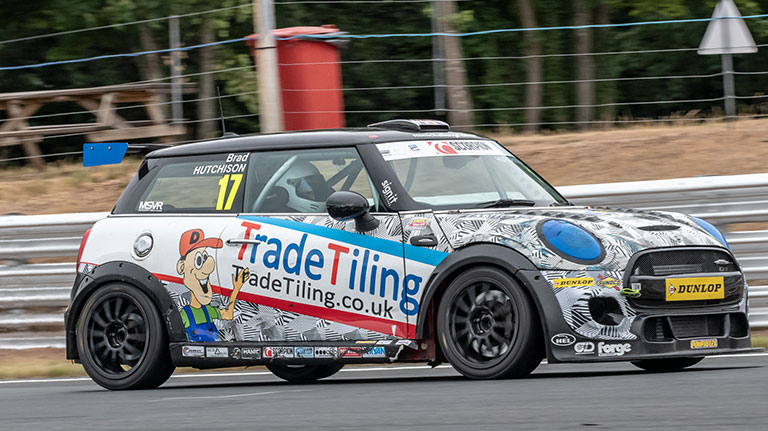