Rob Smith celebrated his second successive MINI CHALLENGE JCW victory after successfully converting his pole position into a narrow victory in race one at Oulton Park.

Having broken his season duck last time out at Silverstone, Smith was confident when he lined up on pole for the opener in Cheshire. His hopes were then boosted when he minimised wheelspin to get a great launch to head the pack into Old Hall for the first time.

“For once I got a really good start and that gave me a bit of breathing space so I figured I’d take things a little slowly and build the tyre pressures as I knew it would be a warm race,” said Smith as he held the chasing David Robinson at arm’s length for the race’s opening stage.

Then, once he was happy his car had come to him, Smith opted to push, but hit trouble. “I think I went a bit too hard on the fronts,” he said, explaining why with two laps to run Robinson was now right on his tail. “The track had rubbered in since qualifying and I was struggling with a bit of understeer and getting the car slowed down into Knickerbrook and Druids. All the time I could see David gaining in my mirrors…”

Robinson had also brought Ant Whorton-Eales with him, and with just minutes to run the top three were blanketed by less than half-a-second. Smith just held on at the front, adding: “That was really hard work without a safety car… I was so happy to see the flag!”

Robinson said: “Rob got a bit of a gap on me but then I think my tyres went off a little less and I was really attacking in those final few laps, but it’s so hard to pass here. The chance just didn’t come up. But I can’t complain about second.”

Whorton-Eales’ car worked better in the race, as he predicted. “I’m happy with third and the race pace was good,” he said. “I think we maybe set the car up a little too much toward the rear, which may have hurt the pace a bit, but I’ll happily take third and the points.”

Nathan Harrison secured fourth, despite concerns that his front Dunlops cried enough a little earlier than he’d have liked.

After his tough qualifying, Jordan Collard put on a fine charge to finish fifth, and with it take the fastest lap. “I killed my tyres at the start just trying to gain places whenever I could, but the pace is definitely in the car ahead of race two,” he said.

Paul O’Neill was sixth, ahead of Rory Cuff, Lewis Brown, George Sutton and Luke Reade. The family Collard battle was ruined right at the start when Rob Collard suffered a clutch issue that denied him second gear off the line and had to pull into the pits to retire. 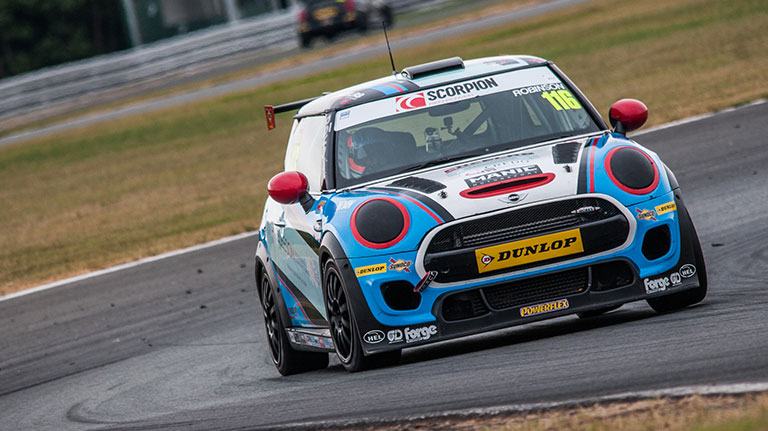 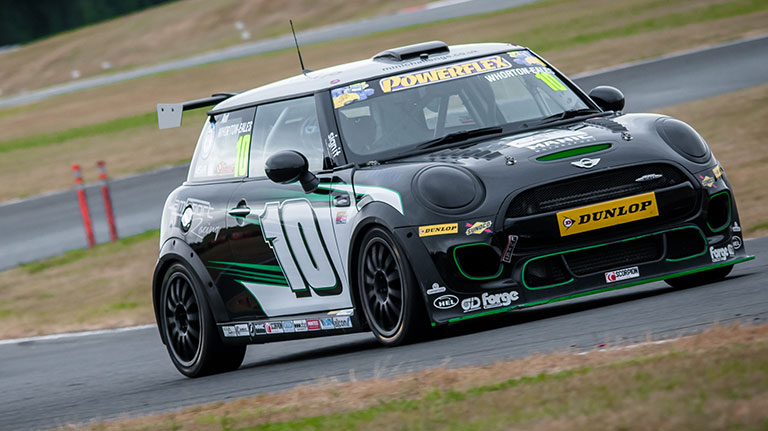 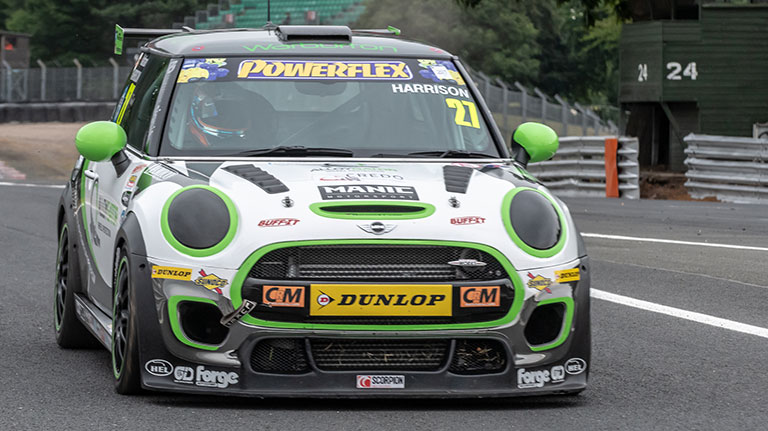