Rob Smith claimed his first MINI CHALLENGE JCW victory of the season in a disrupted second outing at Silverstone, holding off Ant Whorton-Eales in what was essentially a single-lap shootout.

With the top nine finishers reversed for race two, Brad Hutchison and Jack Davidson found themselves on the front row ahead of Ollie Pidgley and Jac Maybin.

However, things were shuffled before the start when contact between Pidgley and Maybin out of The Loop on the green flag lap left both cars with heavy damage. Maybin’s car ground to a halt on the Wellington Straight with front-right damage. Pidgley’s was ordered off the grid in need of repairs to the rear-left.

That left the entire of row two clear, and presented both row three starters – Smith and Nathan Harrison – with an opportunity. However, the race clock kept ticking during the early clean up, and with a warm-up lap of Silverstone GP taking close to five minutes to complete, the race was reduced to 10 minutes by the time the lights went out.

When they did, Whorton-Eales got a lightning start from row four to slot into third at Copse. Things were shuffled further when Davidson spun out of second at Becketts and race one winner Jordan Collard slid wide in avoidance, skipping across the grass and fortunately missing the pack when his car careered back onto the circuit.

A messy first lap led to another safety car appearance, with Davidson in the gravel and Taelor Shand and Stuart Gibbs also coming to grief.

The call was made to restart the race with just two minutes remaining, leaving Smith – who had grabbed the lead into Stowe – leading AW-E, Harrison and Hutchison.

Smith held on over the final sprint, beating the championship leader to the flag in what was a disappointingly short final outing.

“It doesn’t bother me – a win is still a win!” said Smith. “It was a bit of a non-event really though. I got a decent start and got the lead pretty quickly, and then things kicked off. The pressure was on over that last lap though because we all know Ant is lightning quick. But the MINI UK team have been doing a great job in curing the problems we’ve had so far. This is for them.”

Whorton-Eales added: “That was a weird one, but I won’t complain about another podium as all the points add up. I didn’t even know it was the last lap in truth. I felt I was stronger through the high-speed stuff than Rob, so I was weighing up a move on the next lap, but there obviously wasn’t one!”

Harrison added: “I’m a bit speechless. I gained two places before the start after that bizarre incident, and then didn’t do much in the race, yet finished third. Really weird.”

Collard recovered to fourth, rueing: “We should have had more this weekend. It’s unfair how quick our car was this weekend and this feels like a missed opportunity.”

Henry Neal was fifth ahead of Lewis Brown, Hutchison, David Robinson, George Sutton and Lawrence Davey. Luke Reade drove strongly to take 11th, having started at the back after being hit out of Saturday’s race. 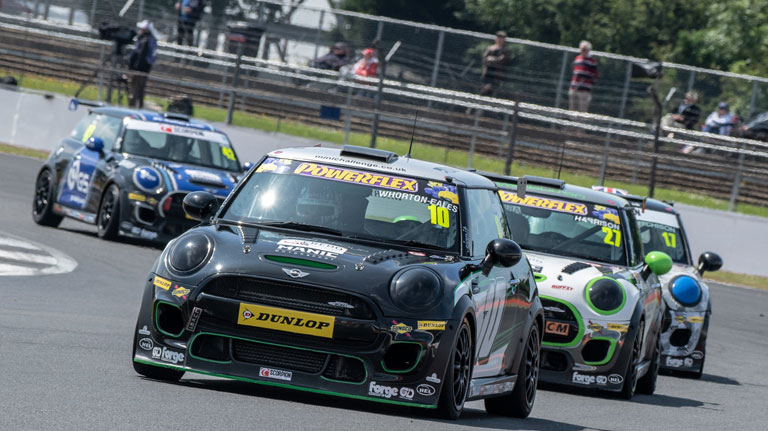 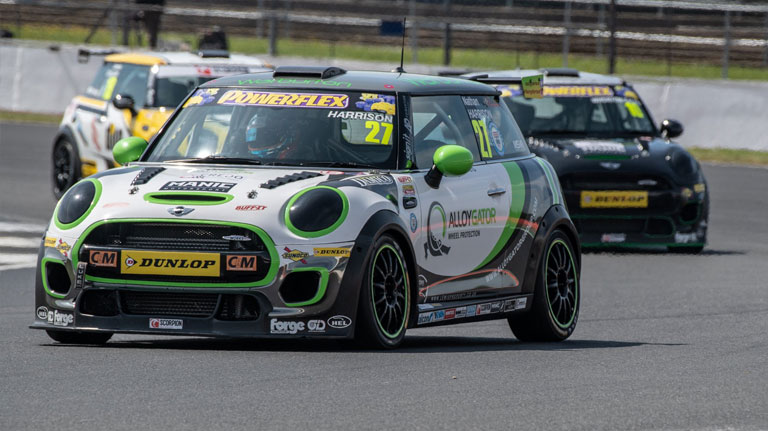 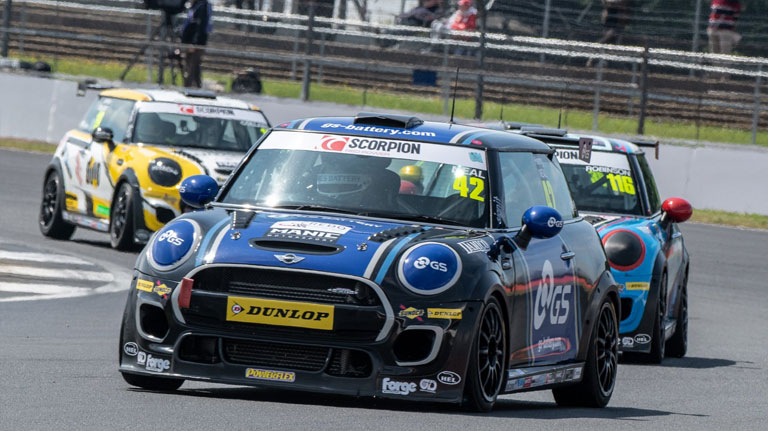