Jordan Collard battled to his maiden MINI CHALLENGE JCW victory in a thrilling first race at Silverstone, but had to fight off a four-car train to secure the laurels.

After his qualifying milestone, Collard knew he would have a strong car underneath him, and had to rely on all of his race craft to come out on top after a difficult start.

Collard bogged down when the lights went out and lost ground to both Nathan Harrison and Ant Whorton-Eales.

“There really is an art to getting these cars off the line – and I clearly haven’t figured it out!” said Collard. “I got too few revs and just bogged down a bit. I think that made things a lot harder than they should have been.”

Collard managed to stave off the challenge from Harrison through Maggotts/Becketts but couldn’t fend off Whorton-Eales, who nipped in front to lead early on.

Collard attacked immediately and the pair went side-by-side for the lead into Stowe, but Collard’s challenge was stunted when the safety car was called when both Rory Cuff and Calum King hit trouble.

When the race resumed on lap three, Collard went with AW-E on the restart, but the championship leader had a plan.

“I tried to break the tow and the only way to do that was to slow up Jordan into the pack and try to get some space,” said AW-E, who closed the door through Vale, forcing Collard off the throttle and allowing Harrison to pull alongside onto the run toward Abbey.

Harrison managed to briefly sneak past, but Collard got him back when the two again towed onto the rear of the leader.

“I don’t know if the wind changed for the race or what happened but the tow was so strong,” said AW-E. “I had a two-second gap, and then I just saw them in my mirrors catching me at a rapid pace. I knew I had a fight on.”

Collard snuck past on the penultimate lap after going door handle-to-door handle with AW-E on multiple occasions.

“It was really hard, but fair racing,” said Collard. “It feels amazing to be on the top step and I really feel I’ve earned it after that! It helps with the championship, and also my experience because racing against guys like Ant really teaches you a few things.”

AW-E held off the charging Harrison for second and added: “I had a few little bumps with Jordan but it was all fair and I was nice to have a bit of pushing back for once – in my kind that’s real racing as there’s always a bit of paint exchanged when the fight is that close. We changed a few things on the dampers before the race to settle it down, and I think it worked.”

Harrison secured third ahead of the ever-present threat of Rob Smith and Jac Maybin, who stuck with the leaders until the flag.

Ollie Pidgley scored sixth place ahead of an impressive Louis Doyle, who is rapidly gaining in experience aboard his JCW. Jack Davidson was eighth ahead of Brad Hutchison and Henry Neal, who drove brilliantly to secure 10th having started at the back of the field after mechanical problems in qualifying. 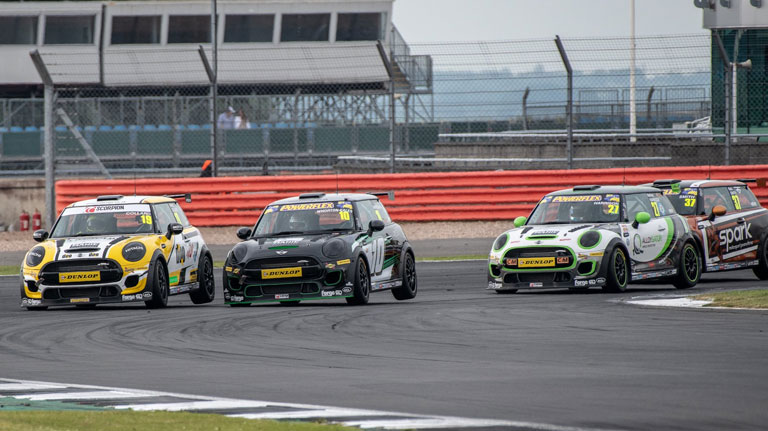 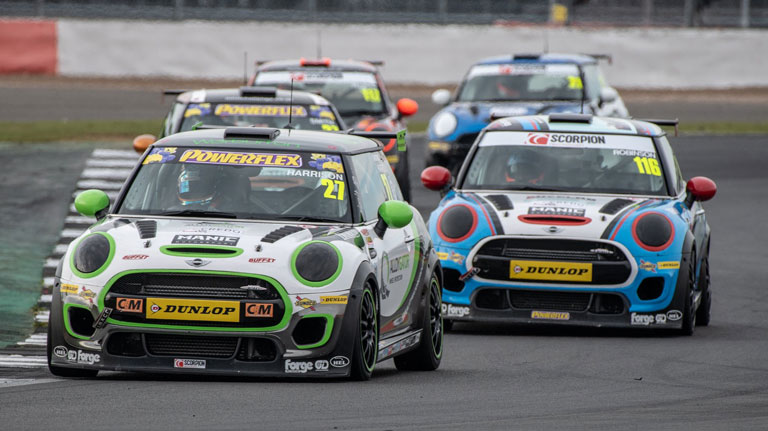 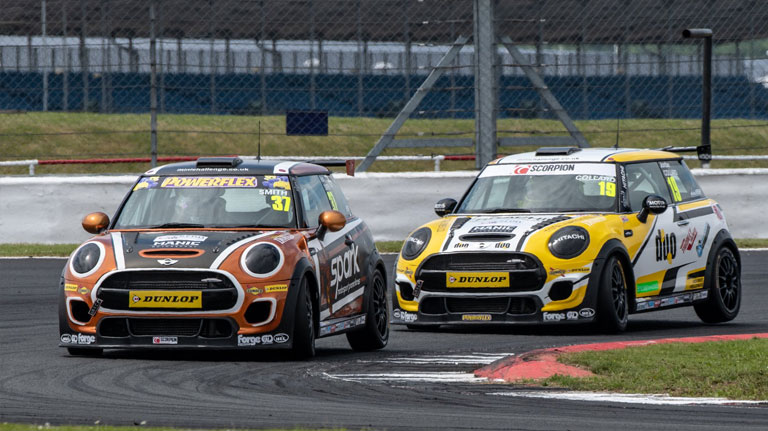