David Robinson claimed his maiden MINI CHALLENGE victory by edging out Jac Maybin in an absolute thriller of a second race at Snetterton – the lead pair separated by just 0.020 seconds at the flag.

When the lights went out, Robinson got a good launch to head Luke Reade and Rob Smith into Riches, as Maybin, Henry Neal, Harrison and Lewis Brown slotted in formation behind.

Things were shuffled when both Smith and Reade came to grief at Nelson corner, with Reade’s car ending up stationary at the corner while Smith was forced to pit with damage.

The incident initially looked to favour Robinson, who was handed a near four-second lead as everybody else was forced to anchor up in the resulting dust cloud, but it then proved his undoing as the safety car was called to aid the clean up.

When racing resumed, Robinson led the line ahead of Maybin, Neal, Brown, Harrison and Rory Cuff. Robinson got another strong getaway as Brown managed to displace Neal, who was struggling with understeer, from third spot.

Brown then had a crack at Maybin, briefly taking second around the outside of Wilson hairpin, but he was soon forced to back off when his engine started overheating.

“I was watching the temperature gauge and it just kept rising and rising so I knew I needed to throttle back – there was no way I could fight off Jac like that,” said Brown.

Maybin then managed to tour onto the rear of Robinson, aided by a few squirrely moments on the brakes for the leader into both Agostini and Murrys. With only slight daylight between them entering the last lap, Maybin had to make a move, and did so entering Murrays for the final time.

“I saw David was struggling on the brakes and knew he’d had a moment into Murrays, so I just decided to launch it down the inside as I had to go for it,” said Maybin, who initially looked to have made the all-decisive lunge work. “I just couldn’t quite slow it down!”

Maybin lost slight momentum trying not to ram into Robinson, allowing the leader to quickly hook into second gear and out-drag Maybin to the line by essentially the width of a headlight.

“Oh. My. God,” said Robinson. “After the tangle at the start I thought ‘hey, this could work for me.’ Then when the safety car destroyed my gap I thought ‘I’m just not meant to win in Minis’, but somehow that all worked out!

“I was defending really hard from Jac, and there was literally a car’s width inside me on that last corner. I’ve been passed at that corner in the same fashion before so I probably should have learnt my lesson, but he caught me and I just grabbed second and was shouting at myself on the run to the line. It was so tight. Just amazing.”

Maybin added: “Fair play to David, he drove really well and it was a good, clean fight. To have two podiums this weekend is a great result.”

Brown was pleased with third after his rescue mission, completing an all-rookie podium. “I just kept it clean at the start and waited for a gap through the dust when it all kicked off into Nelson, it all paid off from there,” said last year’s Ginetta GT5 champion.

Harrison claimed fourth to further add to his bumper championship boost. “It’s been great as I’ve beaten all of my main rivals in the title chase, and I started that race on old tyres where pretty much everybody else took a few new ones,” he said. “I ran out of pace to fight for the podium places, but I’ll take the points.”

Cuff was a fine fifth, ahead of the charging Jordan Collard, who set the race’s fastest lap on his rise from 13th on the grid. That was one place higher than championship leader Ant Whorton-Eales, who produced a brilliant display of overtaking as he flew up from 27th on the grid after his race one retirement to finish seventh. AW-E made up 15 spots on the first lap alone, but ultimately ran out of time, and tyres, to catch the battle for the top four.

Henry Neal was eight, ahead of Jack Davidson, who was docked five seconds for straying beyond track limits. Calum King rounded out the top 10 ahead of Lawrence Davey and George Sutton. 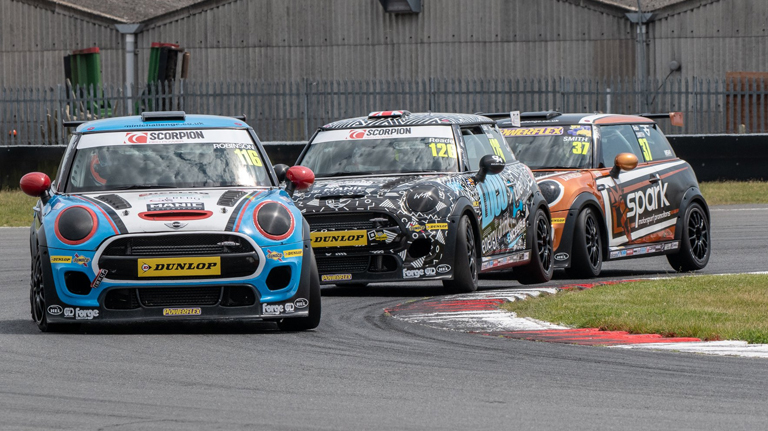 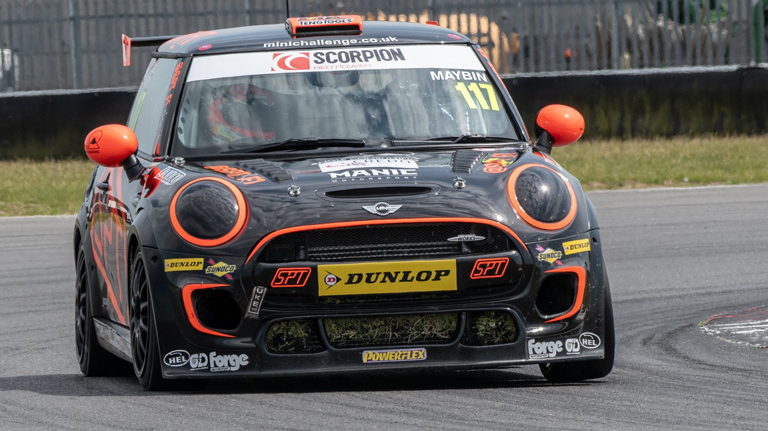 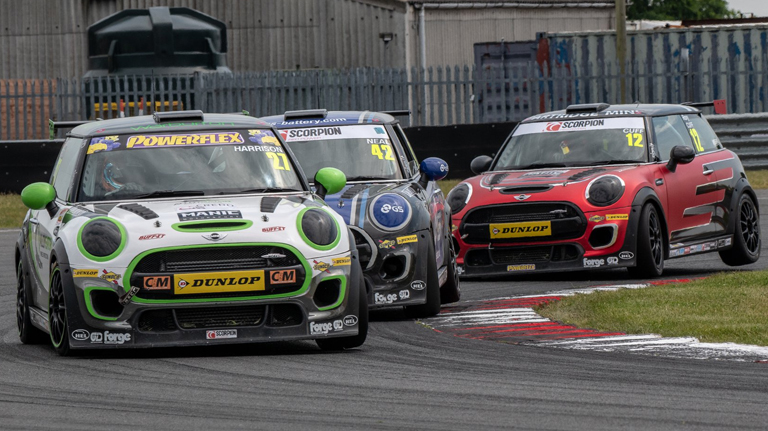