Ant Whorton-Eales couldn’t have hoped for a better start to this year’s MINI CHALLENGE JCW Championship, having racked up his third win on the bounce in a disrupted second race at Rockingham.

The win looked in doubt when AW-E drew the maximum number for the reversed grid, meaning he’d start back in eighth. But trouble for many of his rivals essentially handed Whorton-Eales yet another win.

Henry Neal should have started on pole, but his car lost drive shortly after he pulled away from the line to start the green flag lap, meaning the disappointed polesitter had to be towed off the track.

That left Lawrence Davey as the sole starter from the front row, but even he didn’t get the best launch. AW-E did, and was already up to fourth by the time the pack ran into Turn One, and then found himself in the lead when Davey and his closest challengers ran wide at Deene on the brakes.

The safety car made an appearance after the first tour when Brad Hutchison was spat into the Turn One wall after a tangle in the pack. New, and rather surprised, leader Whorton-Eales controlled the restart well, but the race was soon stopped by red flags after a multi-car tangle on the exit of Turn One.

The accident claimed the hopes of many of the race one protagonists, with Calum King, Luke Reade and James Gornall all removed from contention, alongside others.

With just three laps run, the grid was reformed for a standing start, and AW-E again got away well from pole, chased by Rob Smith, Jordan Collard, Ollie Pidgley, Lewis Brown and Davey.

As Whorton-Eales began to forge a sizable gap ahead, Smith was struggling. “I don’t know what’s going on, perhaps it was because we ran slightly older tyres, but the car didn’t feel that quick,” he said. “It was bumping like mad around Pif-Paf so that made it unsettled on the brakes into Gracelands. I was just hanging on.”

First Collard and then Brown deposed Smith, as Nathan Harrison – who had started back in 28th after his race one disappointment – closed in on the top four. With two laps to go Harrison had passed Smith for fourth and latched on to the rear of Brown. He drafted alongside into Deene and secured the final spot on the podium, but ran out of time to do anything about Collard or runaway leader Whorton-Eales.

“I like this place, I’ve always gone well around here – perhaps it’s because ovals are in my blood,” beamed AW-E. “I never expected to be into the lead off the first lap. I just got a great start and then the doors just got opened for me when they all went too deep into Deene. I just went straight through. I couldn’t have imagined a getter start to the year.”

Collard celebrated another strong weekend with second, but Harrison was a man relieved. “Starting so far back I just needed some points and never thought a podium would be possible,” said Harrison. “It just shows what can happen when you don’t give up and keep pushing. Ant’s on a roll, so recovering a podium here is massive in terms of keeping me in the fight.”

Brown, who had started the day 23rd for race one, said fourth was a strong result. “It was so near yet so far from the podium, but I can hardly be unhappy as I’d have definitely taken a P4 at the start of the day,” he said. 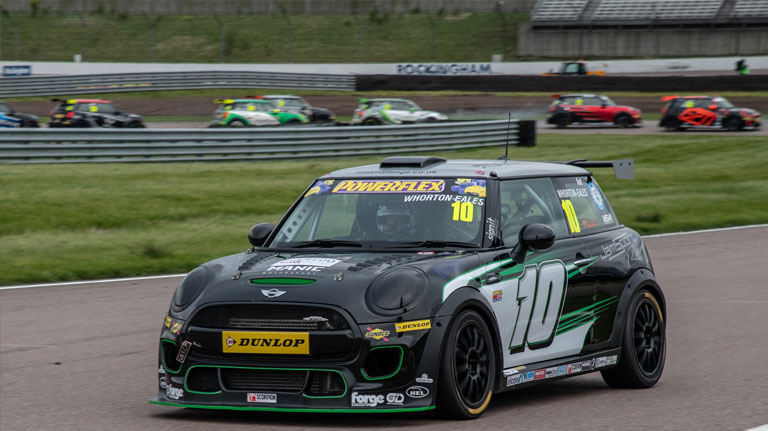 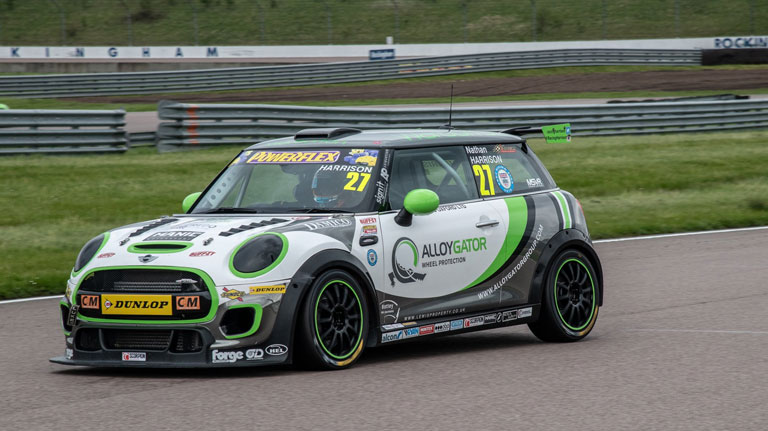 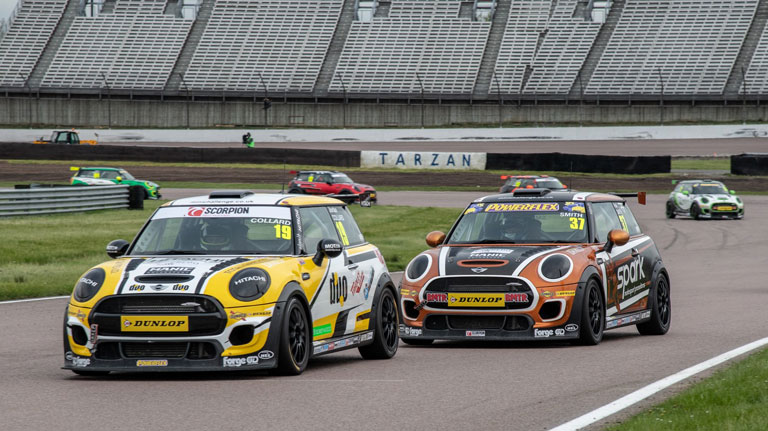