Ant Whorton-Eales fired an ominous warning shot about his intentions for this year’s MINI CHALLENGE JCW Championship title by taking a dominant victory in race one at Rockingham, his second win in a row.

AW-E made a strong start from pole when the lights went out and managed to edge clear just before chaos broke out behind him.

Nathan Harrison was well placed to challenge AW-E for the victory, but it all fell apart into Turn One. “I went to change up and a gearbox pin snapped so I had no control over the shifts,” said Harrison, who spun at Deene Hairpin as a result of the problem before touring back to the pits to retire.

When Paul Bell slipped off the track into the gravel at Tarzan, the safety car was called for two laps to clear up the first-lap chaos.

AW-E held the lead ahead of Luke Reade, Ollie Pidgley, the fast-starting Calum King and James Gornall. When the green flags flew again, AW-E made it looked easy to tour away from the pack into an unassailable lead.

“One-hundred percent I could relax after the restart as I knew I had the pace in the car,” said the JamSport driver. “This is the first time we’ve done a race start on new slick Dunlops, so none of us knew really how it would go. Turns out we’ve got the car in a good place and now we can look at maybe making it that bit more aggressive for race two.”

Behind AW-E, Reade was a solid second, adding: “It’s been a long time coming to get onto the podium but it feels great. The team has got the car into a great window and I could push for pretty much the whole race without suffering with too much tyre degradation. Hopefully I can push on from here as it’s been a strong start to the season.”

With the top two set, the attention focused on a tense fight for third. Pidgley held the spot initially before being shuffled back by both King and James Gornall. King and Gornall then played out a great battle. Gornall attacked into Deene and just slipped past, but then mysteriously began to lose power. Gornall lagged back to ninth, admitting: “I’m totally gutted as I would definitely have been on that podium.”

King took his breakthrough podium as a result after his fine drive. He said: “It feels amazing to finally get into the top three, and it’s a massive confidence boost. The team [JamSport] is really making the difference for me and hopefully I can build on this across the rest of the year.”

Gornall’s troubles also opened the door for Jordan Collard to secure fourth, and set the race’s fastest lap in the process. “We definitely had the pace, but I messed the start up pretty badly,” he rued. “I didn’t modulate the clutch as well as I could and that lost me a load of ground.”

Rob Smith took fifth ahead of Pidgley, Lawrence Davey, Henry Neal, Gornall. Lewis Brown rounded out the top 10 after a great recovery drive from 23rd on the grid after suffering from a lack of balance on his wet tyres during qualiyfing. 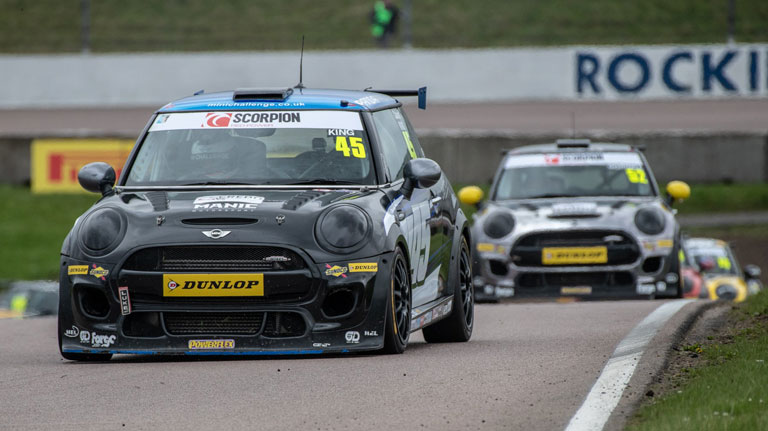 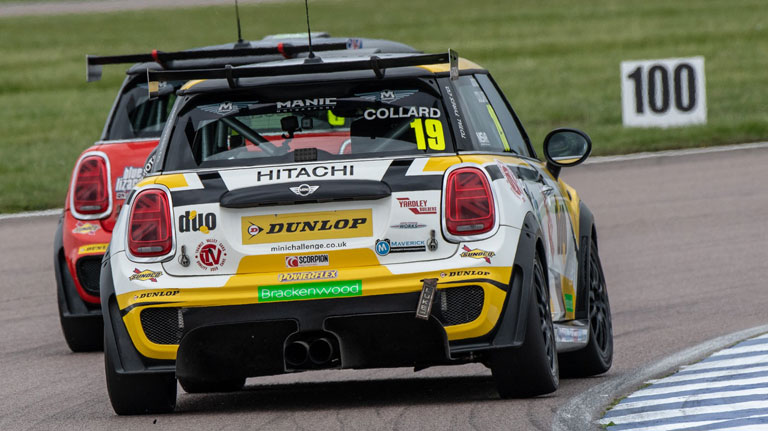