We sat down with Elspeth Rodgers as she begins her first season in the MINI CHALLENGE to find out more about her and her thoughts on the season ahead.

How did you find testing today?

Testing has been good fun. Nice to learn the car. It’s the first time I’ve been out in that car and only the second time I’ve been round this circuit so it was a huge learning curve. This morning was really wet with lots of standing water and it’s dried throughout the day so it’s been about trying to build the pace, gain confidence and learn everything ready for tomorrow.

Have you done any racing before?

I’ve done stage rallying before, but circuit racing, I haven’t done any so this is new. It’s a lot different, particularly having a lot of people around you, I’m used to just having trees around you rather than other cars so that’s hard to get used to.

How long were you rallying?

About two or three years now so I’m relatively new to that as well.

What made you want to make the move into circuit racing?
It’s one of those things where you have a better gauge of how you’re doing. Sometimes in rallying you don’t really know where you are until about half way in the day so it’s quite nice to have that gauge where you can see other people on the circuit and you can tell where they’re pulling away or your gaining so it pushes you on sometimes.

Who is supporting you this weekend?
Sussex Road and Race are providing the car and Chichester college motorsport students are running the car for the weekend. It’s a way for them to have a practical element to go with their class-based learning and so they can see what a race weekend really feels like with the real pressure and urgency needed when stuff’s happening all at once so it’ll be a challenge for them as well as for me.

What class are you racing in?
The Cooper Am class.

What made you choose that the Cooper Am Class?
Where I’ve not done any circuit racing before it made sense for me to not go to the Pro class, where there’s full slicks and people with a lot more experience. With the Am class, you’ve still got the treaded tyres and you’ve got more people doing it for the first time so it’s not just everyone with lots of experience and me trying to keep up.

What’s your goal this season?
I’d like to see a nice consistent progression this season. I don’t know where to expect to be, having not done circuit racing before so I would like to see a nice progression, gaining confidence and seeing an improvement in times and positions through the year. I think that would be a solid first year. If a podium was in there at one point in the season I’d be over the moon but obviously the main objective is to improve.

What about your long-term racing goals?

I’d like to see how this season goes. I’d also like to do a couple of stage rallies during the year so it’s just a case of seeing what opportunities come up in the future. I’d like to continue circuit racing and potentially look at doing the MINI CHALLENGE again depending on how this year goes and maybe chose a class after this year. I’d definitely like to stick to doing both.

Who is your favourite driver?

I like the style of Jenson Button, with a very smooth, cool, calm and collected style. And then rally driving it would be Sebastien Loeb. Probably a lot of people would say that. It’s the same again, very cool, calm collected and smooth. Just gets a lot out of a car without having to look like it’s too hard work.

Would you say you those traits on board in your driving style?

I’d like to think so. I’d like to stay quite calm. Probably coming from rallying if something starts to slip and slide I don’t tend to try to catch it because when you’re on gravel you can’t really do anything too aggressive as you’ll probably end up finding a tree so I think that’s coming across just letting something happen and then catching it rather than trying to fix everything in one big move.

Elspeth is back out in her MINI at Snetterton for the second round on the 13 – 14 May. 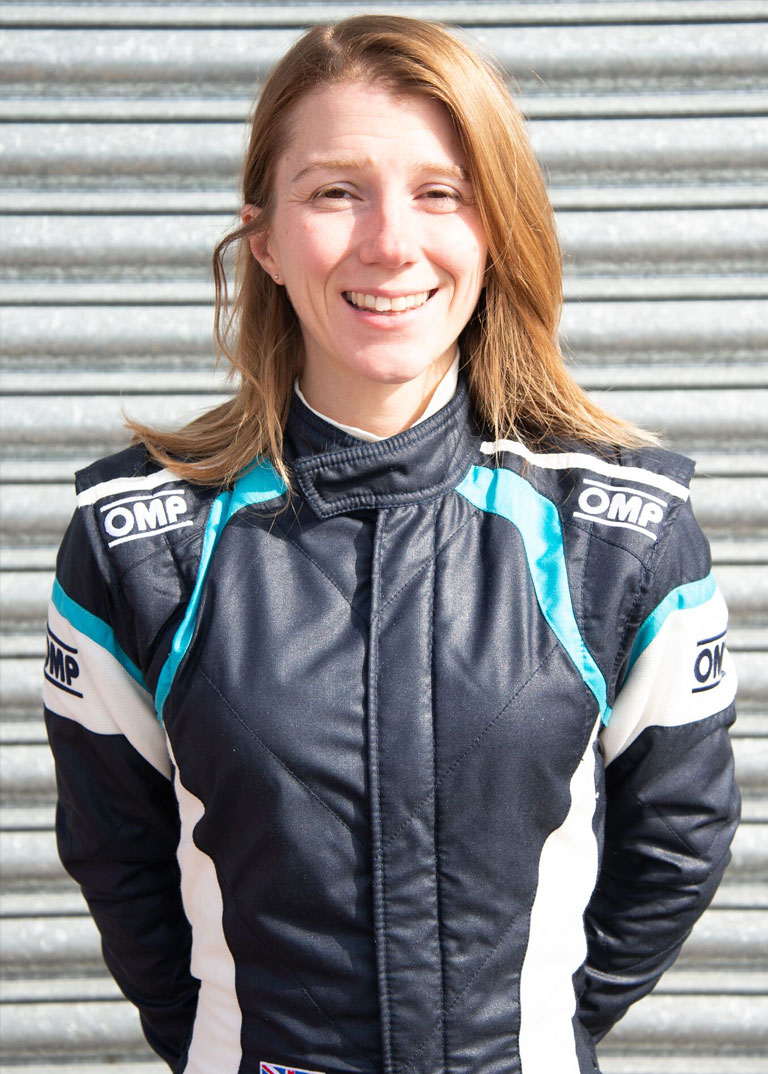 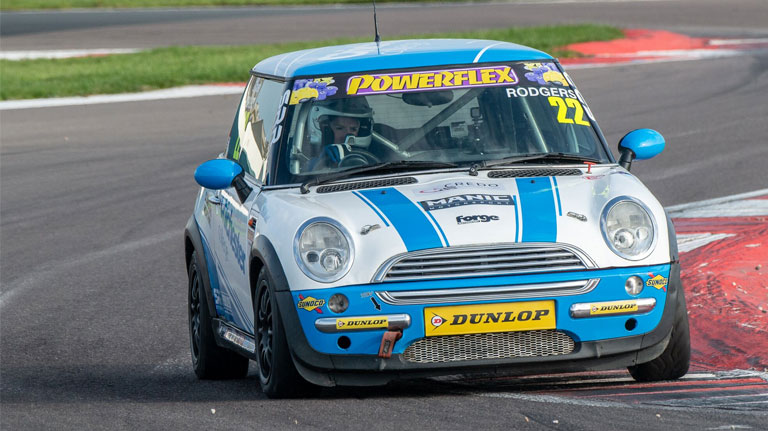