The third generation of the legendary Cooper tuning family will make his racing debut in the MINI CHALLENGE this season as Charlie Cooper confirms a deal to join Excelr8 Motorsport for this year’s Cooper Pro Championship.

Charlie, 37, is the grandson of MINI tuning legend John Cooper, who designed and built the sporting versions of Alec Issigonis’s original iconic design.

The original MINI Cooper took world motorsport by storm, and the machines are still notching up race and rally wins around the globe. Perhaps its most notable achievement was victory on the 1964 Monte Carlo Rally against vastly more powerful machinery.

The Cooper legacy has continued through the John Cooper Works [JCW] badging of the hottest MINI machinery, with John Cooper’s son Michael heavily involved in the launch of the original MINI CHALLENGE at the turn of the century.

Charlie will this year act as a brand ambassador for MINI, and will be taking his first steps into the sport in a car that bears his family name.

“I’m really excited to get going because motorsport strangely isn’t something I ever thought I’d get to do,” said Charlie. “I did some karting when I was younger but spent much of my youth chasing a professional rugby career before injury ended that. To now have the chance to go racing is like a dream.

“I’m well aware of our family history and the amazing things my grandfather achieved, and to see what the family name has gone on to with the road cars and the MINI CHALLENGE is just amazing. It’s going to be a very proud moment for me getting to experience the sporting side.

“I’ve tested the car a few times and it’s great fun, but racing will be a big learning curve for me. I’ve done trackdays before but actual racing will no doubt be a real challenge. Getting my head around the slick tyres used in Cooper Pro will be a test as that’s totally new to me, but hopefully I can develop as a driver quickly and be competitive from the start.”

Charlie’s season is due to culminate in an outing in the top-flight JCW Championship at this year’s Donington Park season finale. “To race the JCW will be another big step up again,” he says. “Those cars are in a whole new league of performance. I’ll be learning as much as I can in the Coopers and hopefully it will stand me in good stead for the JCWs and I won’t make a fool of myself!”

Charlie and his father Michael now run the Cooper Bike Company in London, which was originally a sideline division of the Cooper Car Company. 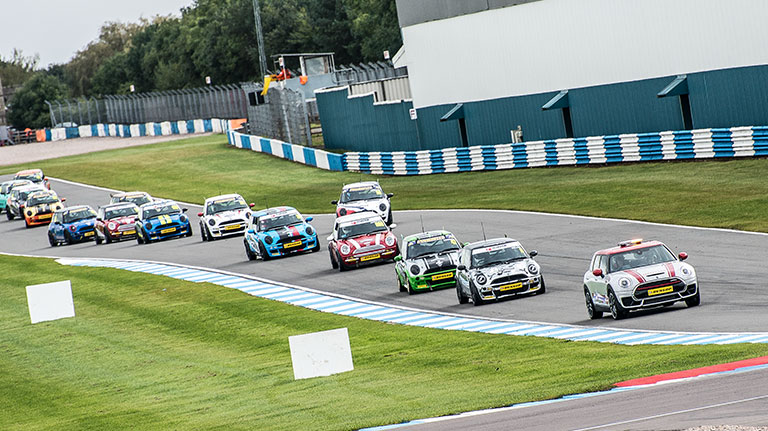 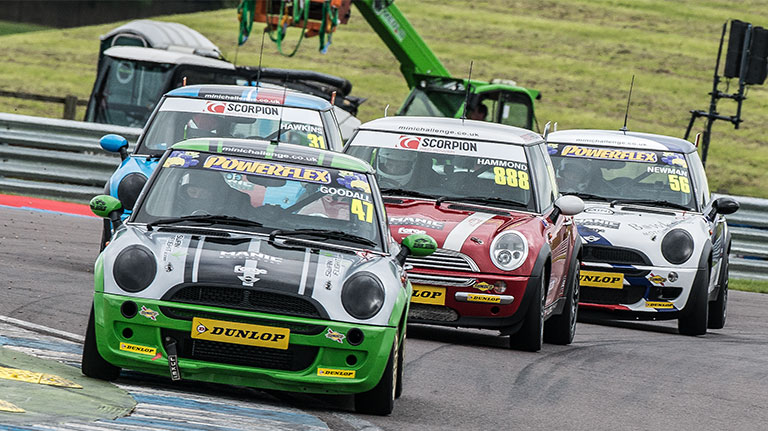 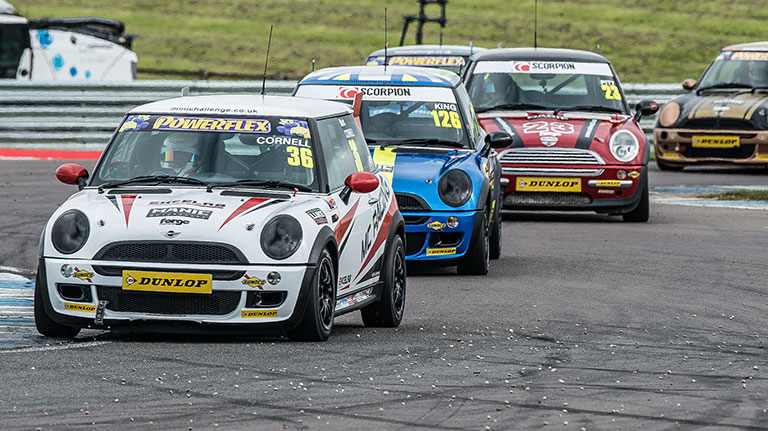