Simplicity can often get overlooked in modern motorsport. In so many championships drivers and teams often spend weeks, months or even years finding minute adjustments to gain an advantage.

Brett Smith didn’t do that this year. Neither did his Eurotech Racing team. And they dominated the 2017 MINI CHALLENGE JCW Championship. The key to their success?
Just keeping it simple.

“We went back to basics this year, and it really worked out for us,” says Smith, who scored a colossal six race wins on his way to wrapping up the JCW crown with a full weekend to spare.

“I felt I had a good first season of MINI racing last year. But there were too many mistakes, there wasn’t the consistency in the car or in my driving. We went to Spain pre-season to try and get a better balance on the car, but we had some early problems with the tyres so didn’t get as much mileage as we’d have liked. 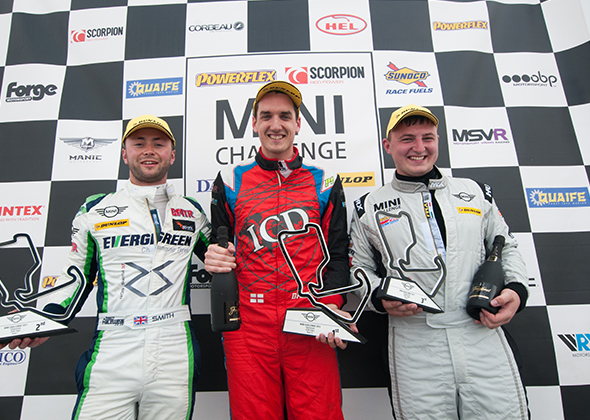 “I started getting a bit panicky over the situation, but actually we just went back to a simpler way of doing things. Before we were trying to get the car to use its tyres more aggressively, setting it up like an BTCC car. But a JCW isn’t an BTCC car – it has nowhere near the level of adjustability. By thinking of it as a unique platform, and setting it up as such, we made a big breakthrough there.”

Smith’s season began strongly, if not sensationally. A podium at Oulton Park was followed by a disappointing weekend at Rockingham, where Smith dropped back from his qualifying position to take just seventh and fourth place finishes. It was clear that something was amiss.

“The old racing driver’s excuse of the car not being fast enough in a straight line actually rung true!” says Smith. “We put the car on the dyno and found we were about 10bhp down due to being down on boost pressure. Once we got that fixed, I never really looked back.”

The next round at Snetterton marked the real start of Smith’s charge to the title. He won two of the three races that weekend, sharing the race two podium with his father, Jeff, who completed a Eurotech one-two.

“Snetterton probably goes down as my highlight of the year,” says Brett. “Standing on the podium with my dad was a great moment. He expected to stay with me and push me all the way but, in reality, I checked out pretty quickly! That weekend was the start of everything for me.

“I also learned to chase more performance from myself. It can be a bit demoralising finding 3-4 tenths each session as you’re always wondering how much more there is to find from your driving. But when you’re fighting to find a few hundredth per corner, having the gaps that small acted as real motivation for me.”

Smith would go on to win again at Silverstone and Brands Hatch GP, but it was his consistency when not winning that put him so far clear. Smith was rarely lower than the bottom step of the podium for the remainder of the year, meaning he wrapped up his maiden car racing title at the penultimate weekend at Oulton Park. A clean sweep of the Donington Park finale proved his class. He’s due to graduate to the British Touring Car Championship full-time next year, although the Eurotech team is set to remain running cars in the MINI CHALLENGE. 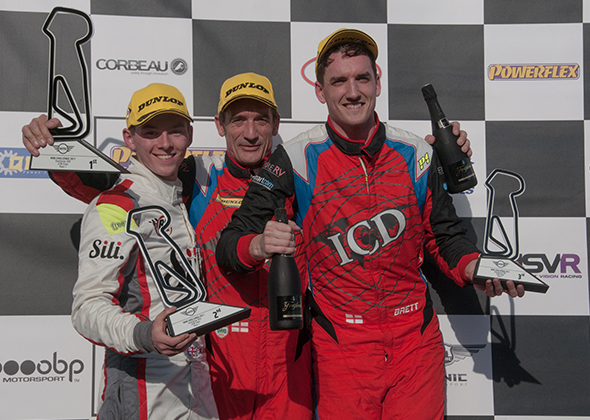 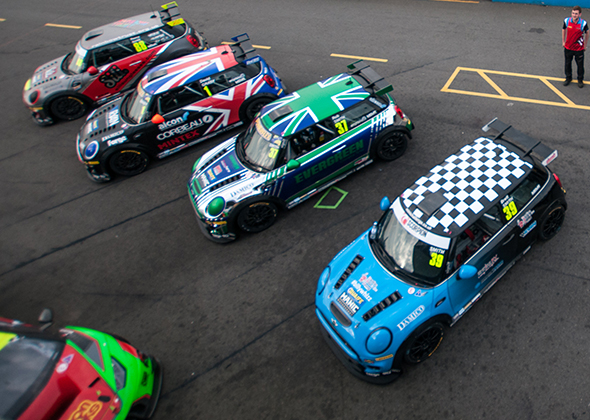 All of Smith’s biggest title rivals suffered big doses of bad luck at one point or another. Irishman Reece Barr was a revelation over the early stages of the year. He led the championship after netting his maiden race win at Rockingham, but a broken driveshaft at Snetterton dented his title ambitions. He still netted the Rookie Cup honours and emerged from an ultra-tight fight for second overall ahead of David Grady, Charlie Butler-Henderson, Rob Smith and Max Bladon.

Grady gradually got on top of his car as the year went on and his consistency helped him secure third in the standings – aided by a win at Brands Indy. 2015 JCW champion Butler-Henderson had a nightmare campaign with a mixture of mechanical failures – including gear linkage at Snetterton, a throttle sensor at Silverstone and steering damage at Oulton – set him back. He still managed to net wins at Oulton Park and Brands Hatch though.

Rob Smith by all rights should have been in the title fight. He showed immense speed when he got on top of car issues mid-season and was a winner during both rounds at Brands Hatch and a constant podium threat. If he comes back with the right car underneath him next season he has every chance to fight for a place higher than his fifth this year.

Max Bladon was another beset by bad luck. He was right at the sharp end of the points after wins at Rockingham and Silverstone GP, but slipped back after a disastrous driveshaft failure at Brands and power troubles in the second weekend at the Kent track. Second in the Rookie Cup was his reward.

Mark Wakefield deserved more from the year, and looked like an early title contender after winning the first race of the season at Oulton. Sadly that’s as good as it would get for him, and a nasty accident during the penultimate round at the Cheshire track meant his season ended on a sour note.

George Sutton took a breakthrough win at Oulton’s round 16 and secured third in the Rookie Cup standings. Henry Neal also scored his breakthrough victory in round 15, and will be hopeful of adding a fair few more if he returns next season. 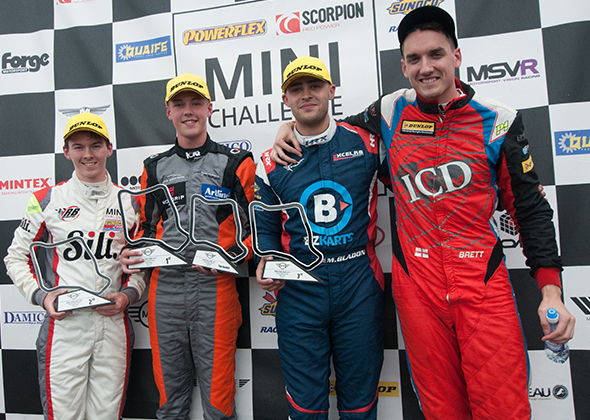