10 cars lined up for qualifying. Great to have Jono Davis back with his super-fast R53 (not a typo it is an R53). Neal Clark joined us with his Norfolk cars R53 too, So plenty of whining! (Supercharger noise).

Jono Davis was straight on the pace, amazing since he has been away since the opening rounds at Snetterton earlier in the year. Aaron Reeve and Rob Austin were both having fun trying to outpace each other in their R56s. Aaron put in his quickest time on the 4th lap with Rob getting his fastest on the 5th lap. Ben Dimmack was quick but clearly had some issues with power delivery in P4. Neal Clarke P5 on his last lap, followed by Chloe Hewitt, Neil Ginley. Kevin Owen had a managed to put a hole in his gearbox and could only manage P8. Both Tim Bill and Andy Montgomery were excluded from qualifying after failing post-race scrutineering due to weight issues. 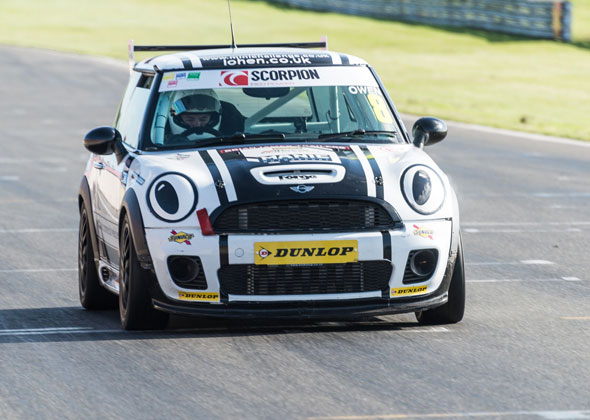 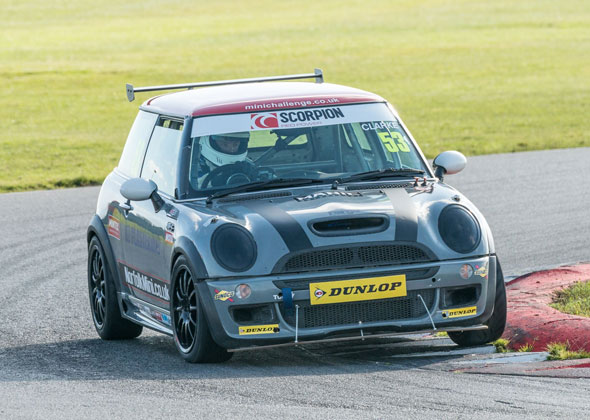 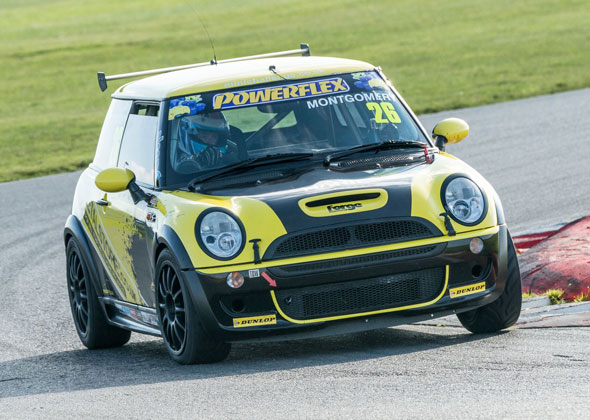 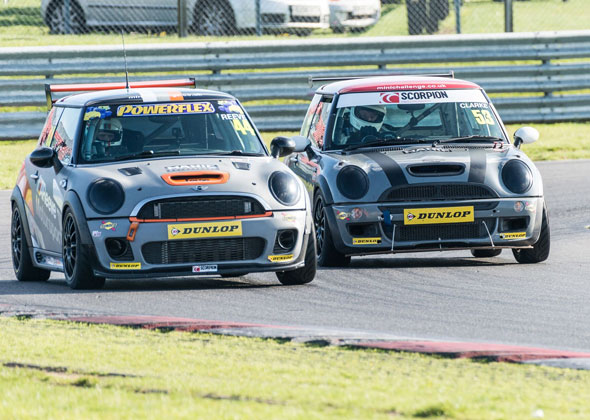 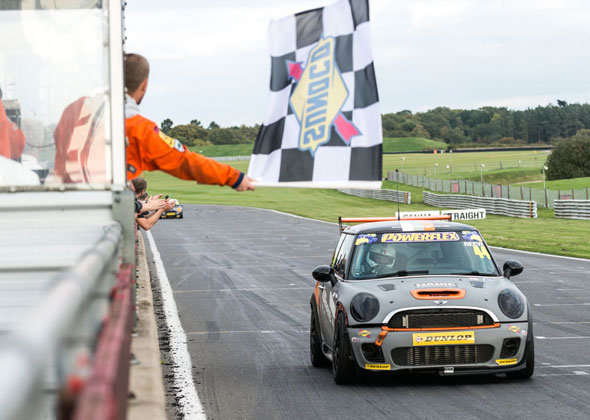 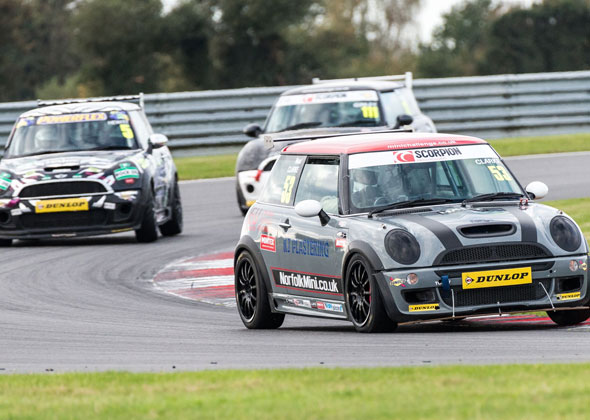 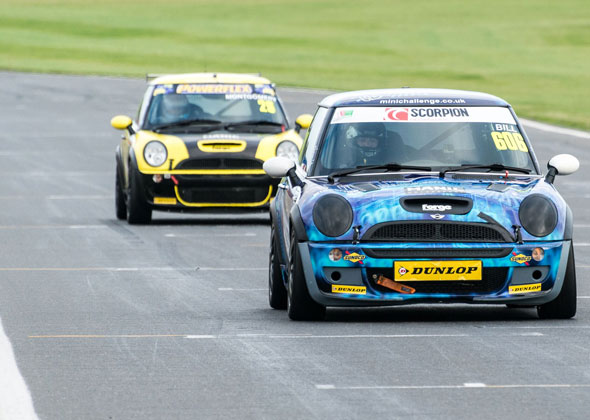 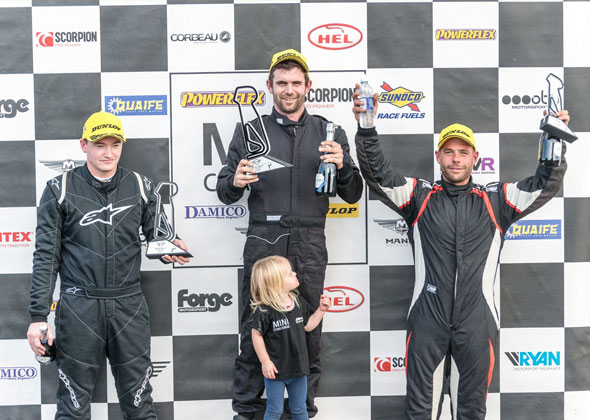 With both Andy Montgomery and Tim Bill at the back of the grid, the first race for the Open Class was a little disappointing. Aaron Reeve shot of the grid like a bat out of hell and there he stayed until the chequered flag. Jono Davis stayed close behind with Ben Dimmack and Rob Austin not far behind. Ben’s car had a new turbo fitted so was back on the power. Rob Austin just could not pass him, try as he might. Chloe Hewitt had a good battle with Neal Clark, Neal pulling away by 4 seconds at the flag. Chloe was still in the running for P3 in the class championship, but dropped scores will be her downfall. She has finished and scored in every race this year, an amazing feat in itself as well as being on the podium twice.

At the chequered flag, Aaron was in P1 with Jono Davis in P2 and Ben Dimmack in P3. Aaron was subsequently handed a 5-second penalty for avoidable contact with another car, this pushed him down to P2. Tim Bill and Andy Montgomery had their own race after starting at the back of the grid and a 10-second delay.

Aaron pulled away with a great start. By the end of the 1st lap, he had nearly a 1-second lead. At the end of the race, his lead was 4.25 seconds. Following him, all the way was Ben Dimmack. Jono Davis stayed in contact for P3. Even with a 5-second penalty for track limits infringement he still stayed in P3. Rob Austin cemented his Directors cup win with a solid P4, happy with Job done, but he would have loved to win the class from Ben Dimmack. Ben was crowned Open 180 Class Champion after this race so he was well pleased. Not an exciting race but we still had the final race later on. With other positions in the championship still to be decided, plenty to race for. Could Chloe get P3? Don’t forget the reverse grid with the first 4 places reversed. 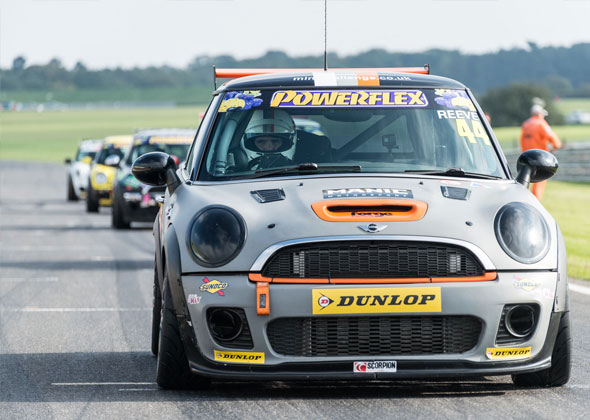 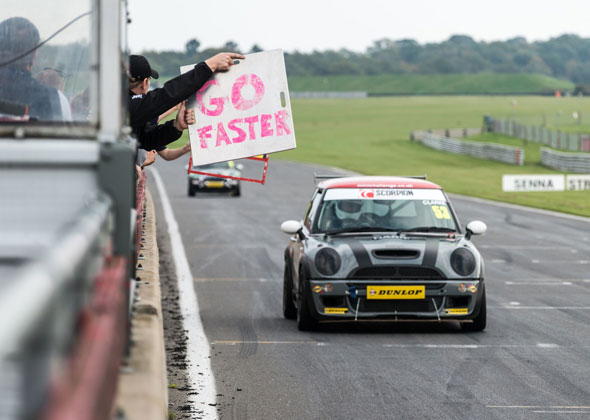 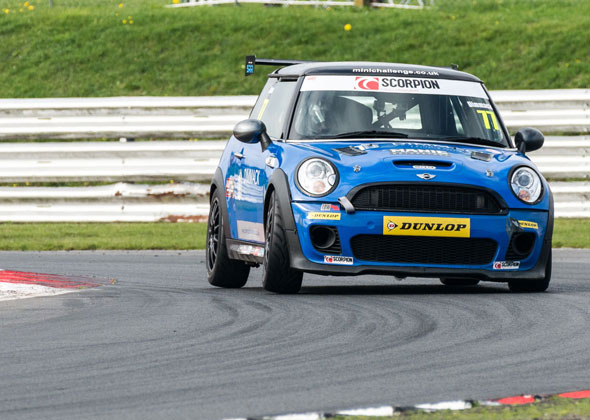 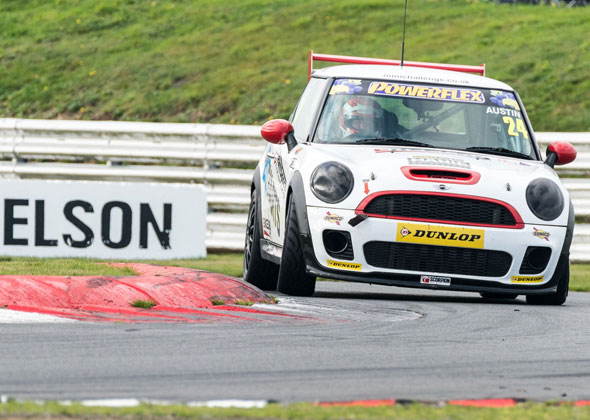 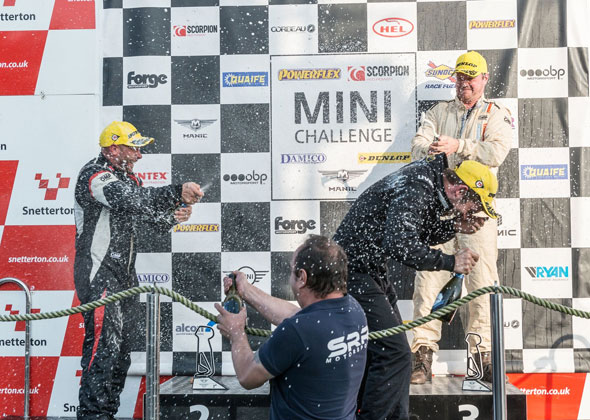 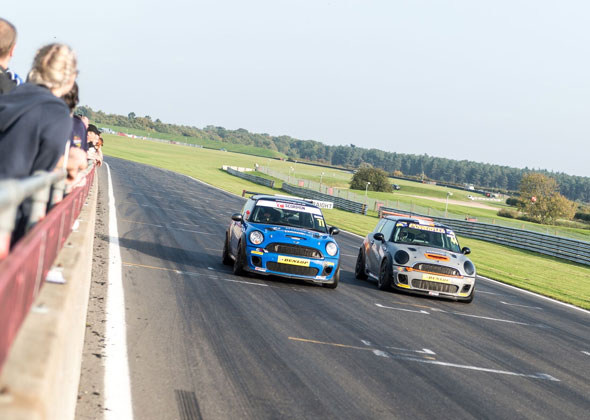 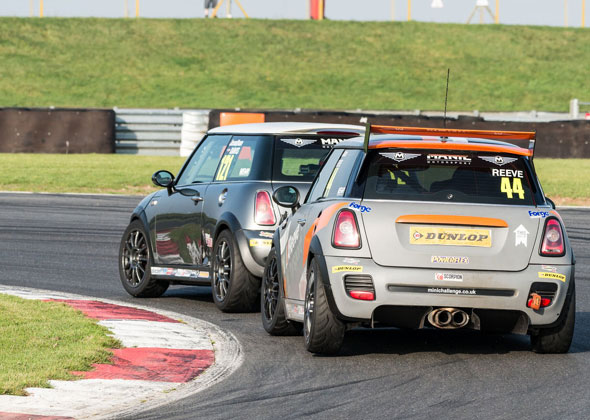 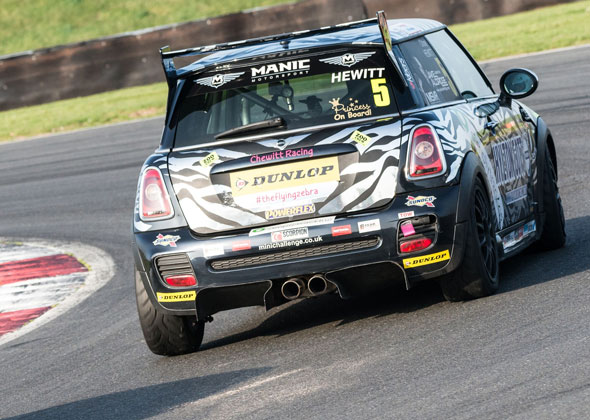 On pole position, we should have had Rob Austin, but with his Directors cup “in the bag” and no chance of winning the Class Championship, he decided not to race and risk damaging his car. This caused the commentator no end of problems, wondering where his car was on the grid! It didn’t come round, he could not see it, the blue car is doing well etc……… Light entertainment for a Sunday afternoon. With Jono Davis on P2 to start and Ben Dimmack and Aaron Reeve on the next row, we could be in for a great race. Especially as this is the final round of the year. Ben Dimmack had a great start with Aaron Reeve very close behind running neck and neck with Jono. Jono managed to overtake Aaron on the second lap, Aaron took him back on the 3rd lap and then Jono’s engine went bang with a coolant leak on the 4th lap. Meanwhile Ben and Aaron were racing hard, Ben had a mirror full of Aaron’s Car. On the 6th time around Aaron passed Ben and stayed in front. Ben was dropping back having lost 3rd gear.

Neal Clarke was giving a demonstration drive all on his own, the rest too far behind and the leaders a long way off. At the chequered flag, it was Aaron in P1. 3 wins out of 3 but with one disallowed ended a great weekend for Aaron. Chloe did not manage to get enough points to get 3rd in the Championship, but she takes home the comfort that, if all races were counted, she has actually scored more points than Andy Montgomery, it is dropped score taking her down from 598 points to 546 points whereas Andy scored 551 points and only had 0 points to drop.