New MINI CHALLENGE JCW champion Brett Smith again showed his class in qualifying at Donington Park to secure pole position for the penultimate race of the season on Sunday.

The Eurotech Racing man left it late to hit the top of the timesheets in a fragmented session, but was there when it counted.

Brett spent much of the session way down the order warming his tyres and brakes before his chances of setting a representative time over the first half of the session were scuppered by a safety car – called for Rebecca Jackson going off at the chicane.

“I actually thought it was quite a scrappy one,” said Smith. “I left a good few tenths at the chicane and got on the throttle too early out of the hairpin and spun the wheels up, so I was surprised it was good enough for pole.

“That’s only my second pole of the year, so it’s nice to have, but I risk losing more places at the start now as my starts this year have been notoriously terrible!”

Brett’s namesake Rob Smith will start second after a solid lap, but he again felt there was the potential for more.

“It’s always a challenge to keep things warm when the safety car is out for so long,” he said. “I drove through the pits to escape the pack, but still left some time on the table at the hairpin. But I can’t complain with second place.”

“I’ve had two days testing in the car and it’s very different from a Caterham,” he said. “The JCW is really good fun but it’s been quite tricky to adapt my driving style to. But we’re getting there and I like a challenge.”

Charlie Butler-Henderson will start sixth and admitted he was surprised by his time only being good enough for row three.

“I was three tenths up so I was expecting a bit more, but it shows how tight things are,” he said. “Still, I love this track and driving it at speed reminds me of why we love to do this.”

Henry Neal was seventh ahead of Max Bladon, who again endured torrid luck. Fastest for the entire first half of the session, Bladon was on his best lap when a front suspension component failed into the chicane and consigned him to the pits.
George Sutton will start ninth ahead of Will Neal, Scott Jeffs and Mark Wakefield, who used the session to run a new engine in after a failure in testing. 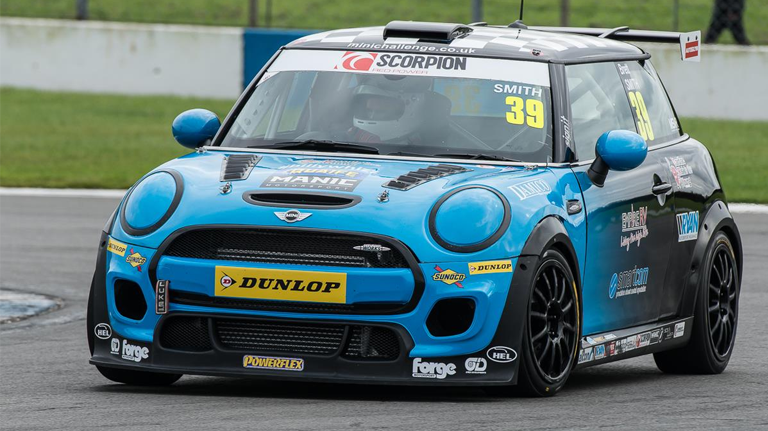 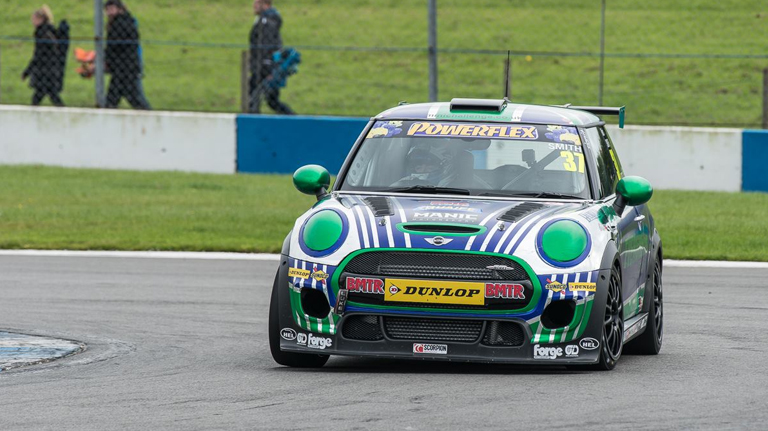 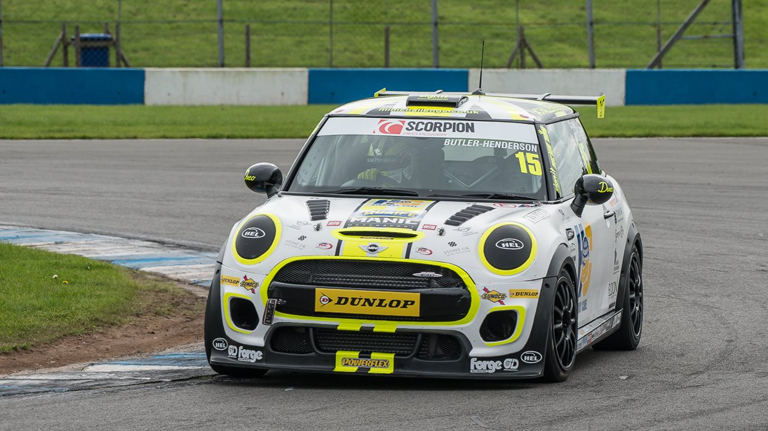 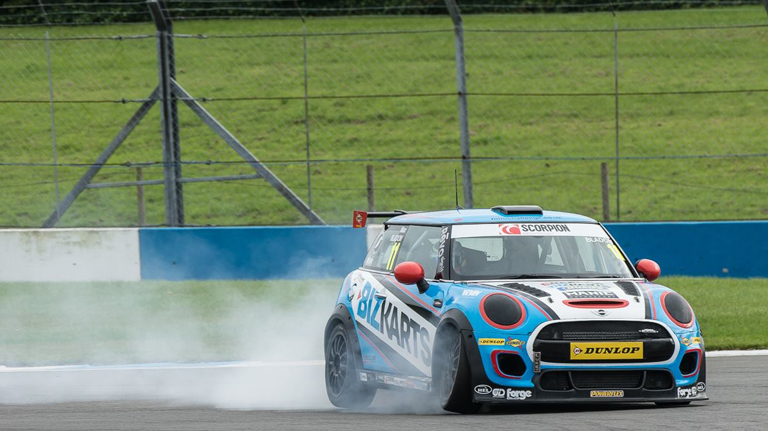 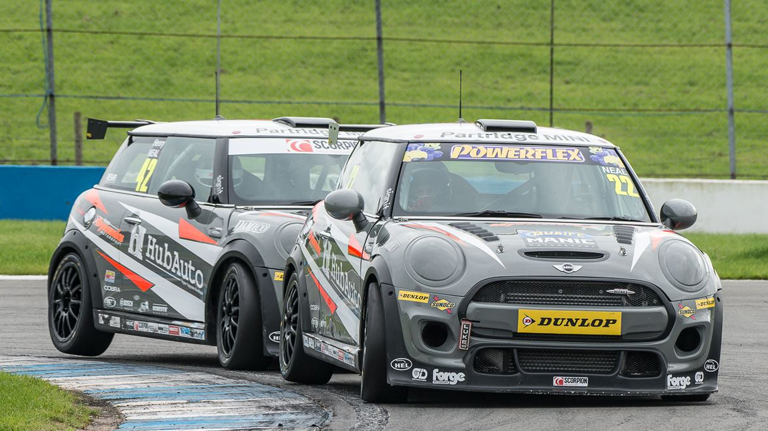