Henry Neal broke his JCW duck in emphatic style in the first race at Oulton Park, but the outing ended under difficult circumstances after a multi-car accident at the Knickerbrook corner in difficult conditions.

With light rain in the air as the field formed up on the grid, most cars opted to stay on slick rubber, but some went against the grain and gambled rain would arrive.

After setting the fastest time in qualifying, Max Bladon was demoted to third to serve a two-place grid penalty picked up in the previous race at Brands Hatch. That handed Charlie Butler-Henderson top spot.

CB-H was one of a handful of cars to pick wets on the rear and slicks on the front. “It was the wrong decision as it turned out,” he rued as the race began with an almost totally dry track and no immediate threat of rain.

CB-H bogged down off the start, allowing Neal to slip past into Old Hall, as Bladon also scythed up the inside for second. Bladon and CB-H then made contact at Cascades, with Bladon being shuffled back to fourth after being nerfed on the rear bumper.

From then on, CB-H’s race went from bad to worse. “I tried to avoid Max but he had a moment and came back onto the track right in front of me. After the hit it felt like the car wasn’t handling properly,” he said after touring to the pits to change to full-dry tyres. CB-H then edged into the gravel when trying to stay out of the path of the oncoming pack, suggesting the car “stopped turning right.”

His stranded car summoned the safety car, and spelled bad news for Neal, who had pulled a handy 3.5s gap over the pack, now led by Brett Smith after the early melee.

“I was gutted to see the safety car as I was nursing the gap with no real pressure, until then,” said Neal. “I was determined to keep Brett behind me.”

Neal judged the restart well to hang on ahead, before the rain arrived with five minutes to go. With the track soaked, conditions for the slick-shod cars became incredibly difficult.

Neal made an error into Lodge, locking the front brakes and allowing Brett past, but the race was then stopped when a handful of cars – including Rob Smith, Mark Wakefield, Chris Fryer and Ray MacDowall – all went off heavily at Knickerbrook.

The red flags meant the results went back a lap, handing Neal back top spot.

“It’s great to finally win in the JCWs, it’s taken me long enough,” said Neal. “I was gradually bringing the brake bias further to the rear when it was getting wetter and clearly didn’t do it enough and let Brett past. I thought that was it, but the red flags saved me. I just hope everybody in the accident is OK.”

Brett took second to provisionally claim this year’s JCW crown, with just a few points in race two needed to erase any doubt.

“I was driving at nine-tenths and looking after things,” he said. “At this stage of the year and in those conditions there was no point in risking anything.”

Max Bladon finished third on the road but was demoted back to eighth after having 10 seconds added to his race time for being out of position at the start. That handed his Rookie Class rival Reece Barr third.

George Sutton took fourth, ahead of David Grady, with Paul Bell in sixth. 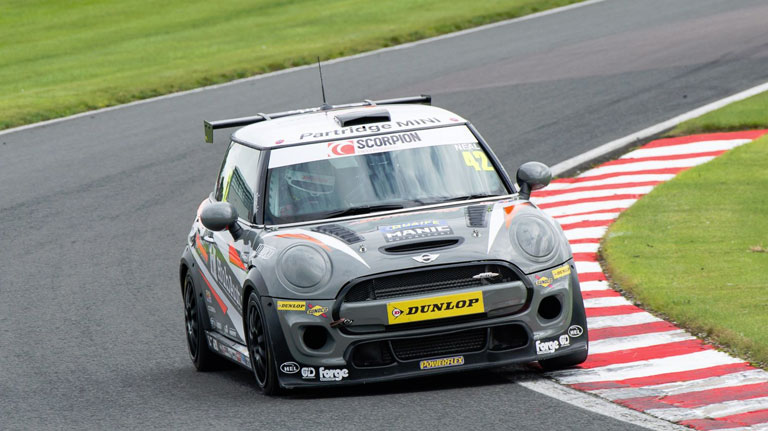 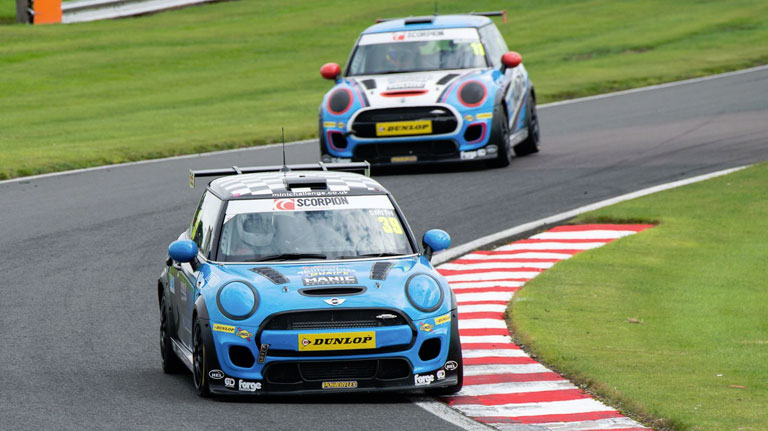 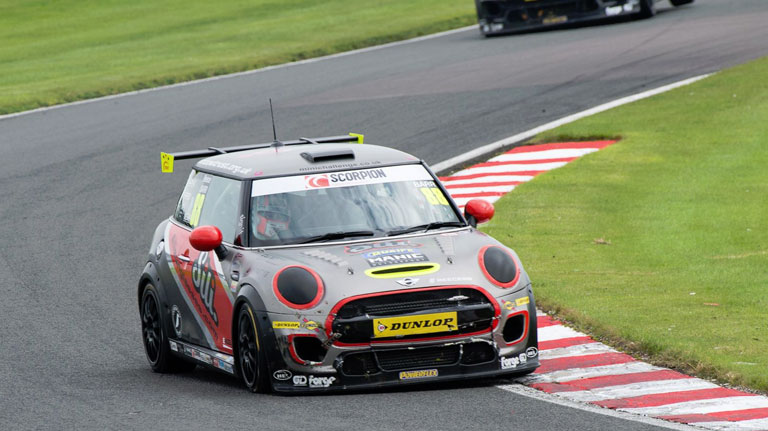 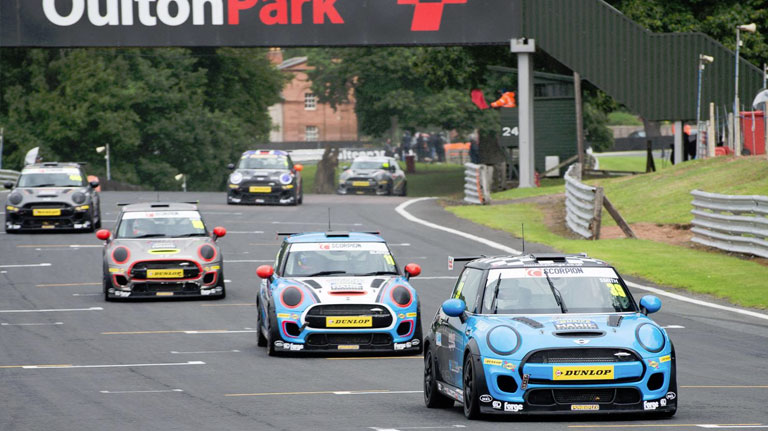 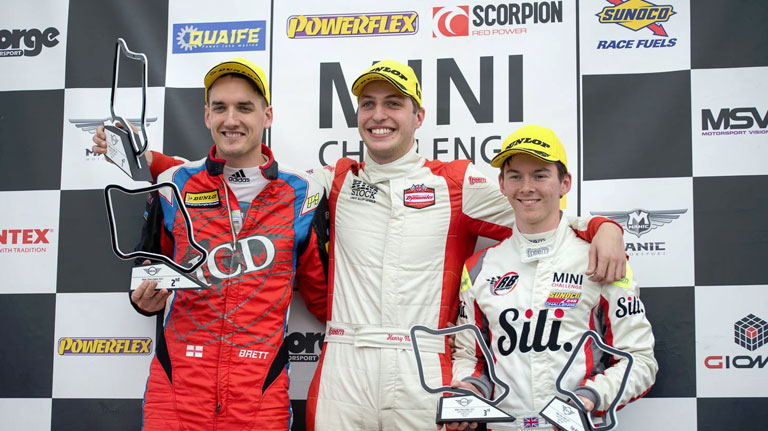 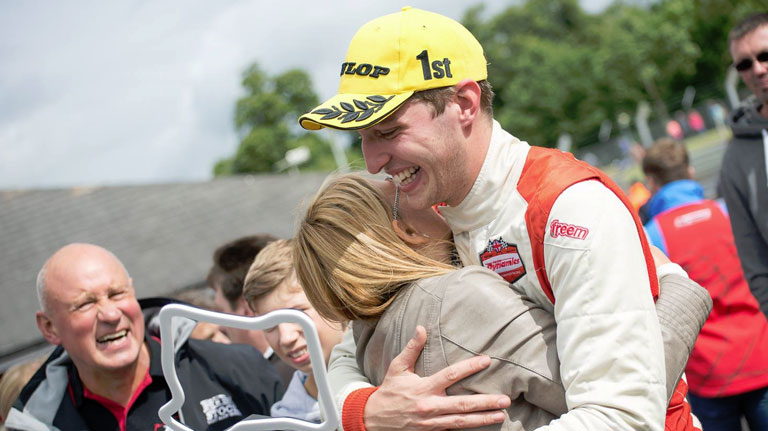 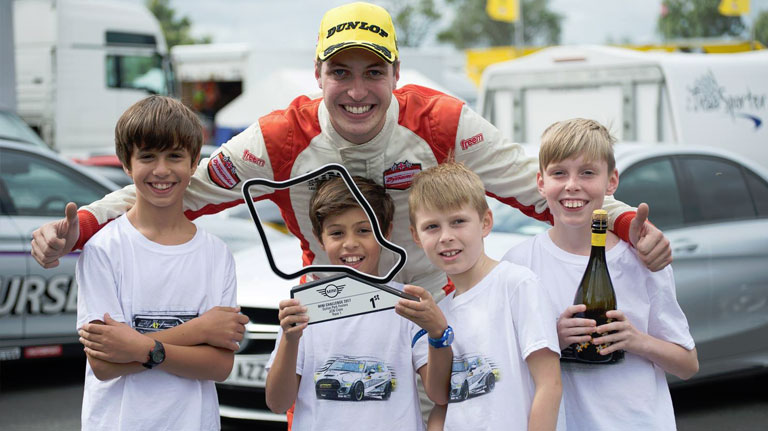