Catching up with Stuart Gibbs, Stuart starting racing in the MINI CHALLENGE in 2017 with a JCW prepared and run by ExcelR8.

Stuart is just 47 years old and lives in Weston Super Mare and has been married twice. Stuart served in the Army for 14 years and has been deployed to both Bosnia and Belfast.  In 2012, he was riding his Motorbike with his wife and suffered what for many would call, a life changing accident. He was wiped out by a car turning into him, his wife was thrown clear but Stuart suffered serious injuries. After 2 years of painful surgery, the doctors and Stuart decided that his leg was injured too badly as well as infected just had to be amputated.

In the past, Stuart has raced in and Rallied in Germany (17 years ago), he has always loved any form of Motorsport. With his prostheses fitted Stuart decided that he wanted another go at racing. He looked around and had many offers from various championships before deciding that the MINI CHALLENGE was the best route and he consequently signed up for an initial 2-year programme.  Year 1 to learn race craft and get used to the car and year 2 to start challenging.

To see Stuart around the pit garages in race attire you would never know he was an amputee!  Apart from when he wears shorts!

It is quite remarkable, that all that for all he has been through he is still a fun-loving guy. He tells me he has dark moments but he still looks on and sees people who are a lot worse off than he is. He assists Blesma, the charity for limbless veterans and takes part in fund raising activities for them.

His racing in improving each time he goes out in the JCW. He is now studying his car’s data and coming to terms with how he must try harder, brake later and hold his line. I am sure that he will start climbing the results sheets in weeks to come.

Next year is when it will hopefully come together. Stuart is currently short on funds and is seeking sponsorship to take through next year.

The MINI CHALLENGE wishes him well with his pursuit and are looking forward to seeing him out on the grid over the next few years. 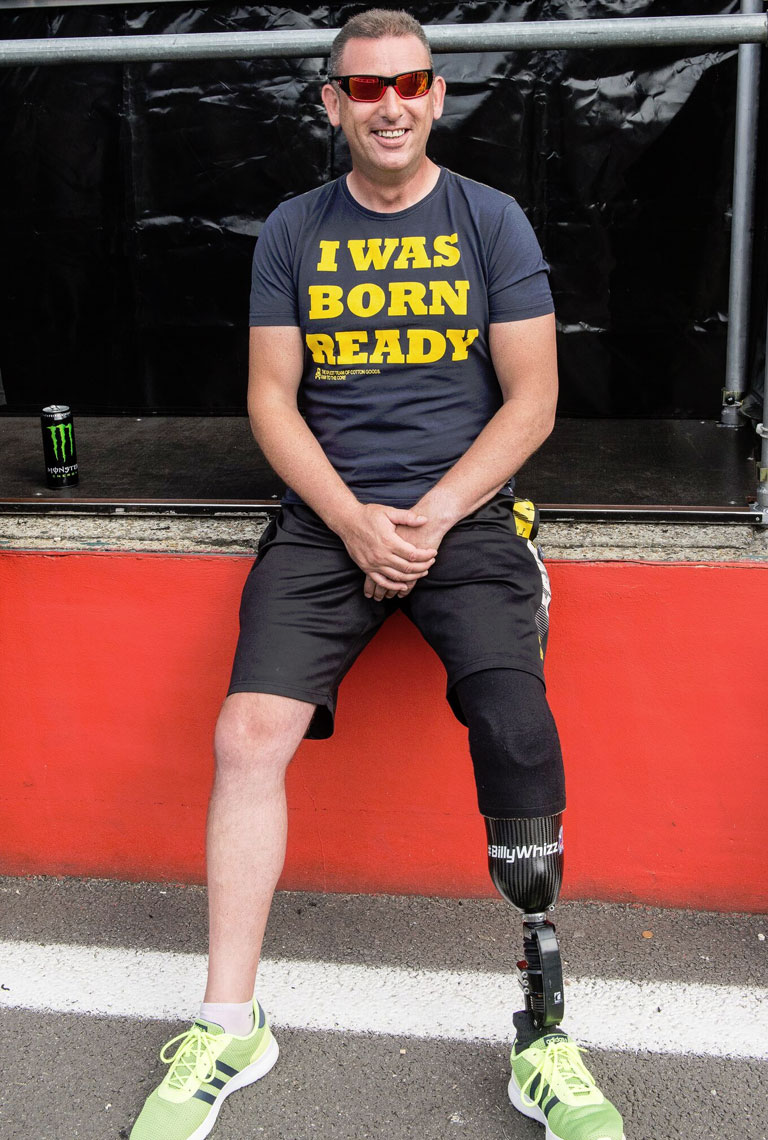 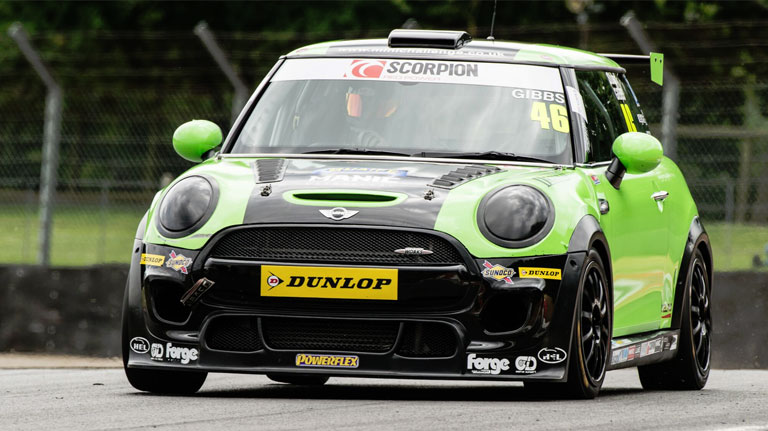 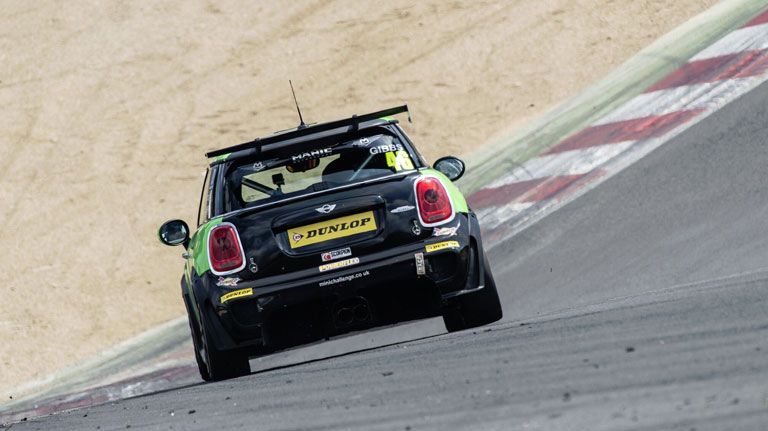 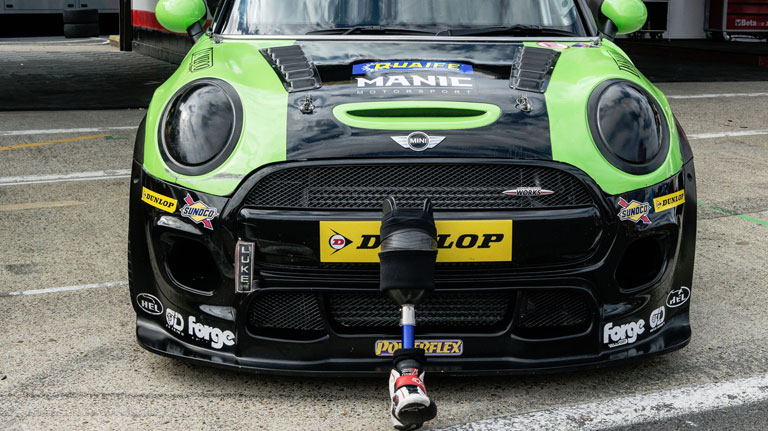 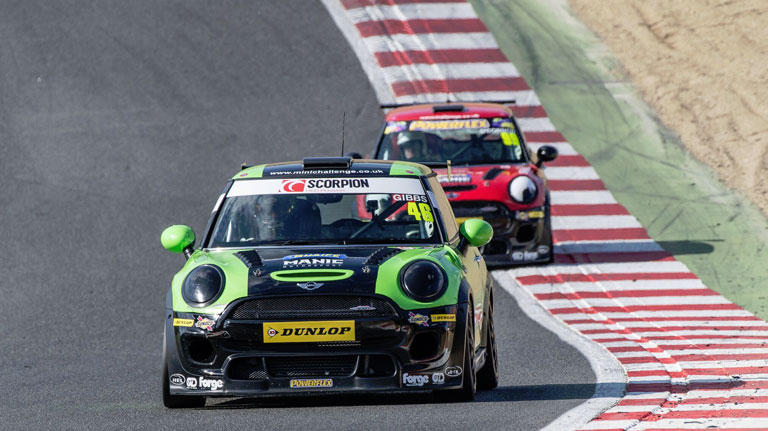