Brett Smith took another big stride toward sealing this year’s MINI CHALLENGE JCW Championship crown, by claiming his fourth victory of the season after a tight final battle at Brands Hatch.

Brett was drawn second on the partially reversed grid, but it was pole-sitter Sarah Moore that shot out of the blocks best. Moore headed the pack until the GP section, making a mistake at Sheene Curve and allowing both Brett and the towing Lawrence Davey past.

Moore held third, and defended hard from Charlie Butler-Henderson and Rob Smith, before the three ran through Clearways corner together. Rob Smith managed to squeeze between Moore and CB-H, but tried to move across too soon and his right-rear caught the left-front of CB-H’s sister car and turned the race one winner into the pit wall nose-first.

“It was totally self-inflicted, and I’m gutted about it,” said Rob. “I got a run on both of them and figured I could move across and maybe Charlie could give me a tap up the back and gain me some momentum, but I misjudged how far alongside me he was. These things happen and I can’t blame him.”

CB-H was relieved at the verdict from his team-mate: “I was giving him room and then we just made contact and he was spun round. I felt awful and was worried I’d caused it at first. Rob deserved a better end to the weekend than that.”

The trouble also accounted for David Grady, who was caught in the resulting melee as Rob’s car swerved back across the pack. Grady was tipped into the barriers on the outside of the pit straight.

With that behind, the race soon became exclusive between Brett Smith and Davey. Former Legends champion Davey hassled Brett each lap, never falling further than 0.5s back. But, try and he might, Davey couldn’t find a way through.

“Lawrence made that such hard work, he was all over me,” said Brett, who can now wrap up the title with a strong result in race one at Oulton Park in two weeks.

“My tyres were pretty shot towards the end so I was sliding about a fair bit, so I had to really concentrate on keeping the car in the right places and not opening the door for him.”

Davey added: “Two podiums in one weekend is always a successful weekend. That race was fun. I kept out of trouble at the start and then managed to keep the pressure on Brett but he didn’t make a mistake.”

CB-H secured third after recovering from the earlier tangle to continue his move up the points table while Luke Caudle took fourth on his return to the series.

Reece Barr was fifth ahead of Moore, who was delayed in the opening lap melee. Henry Neal was seventh ahead of Dean Brace, George Sutton and Jack Wright. Max Bladon had another nightmare after a tangle with Wright at Druids and a tyre blow-out led to an unplanned pit stop. He finished a disappointed 21st. 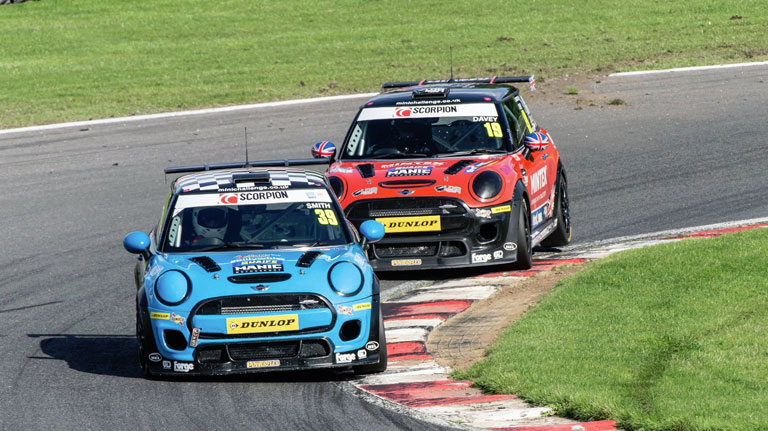 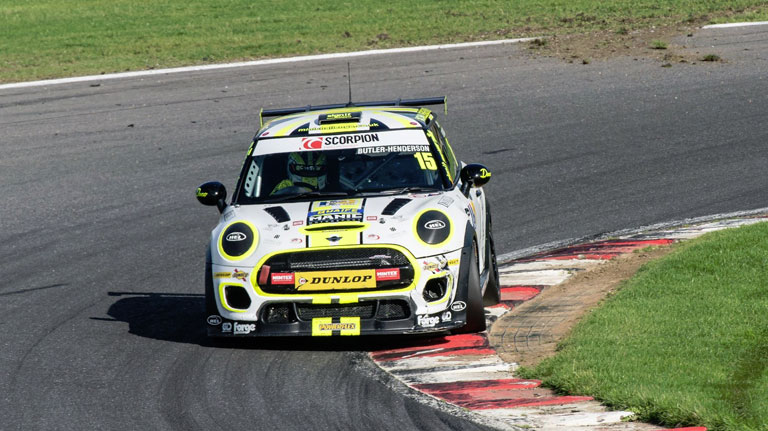 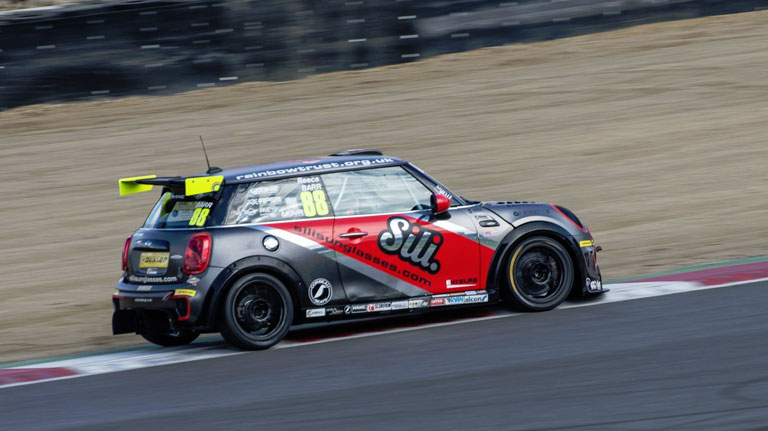 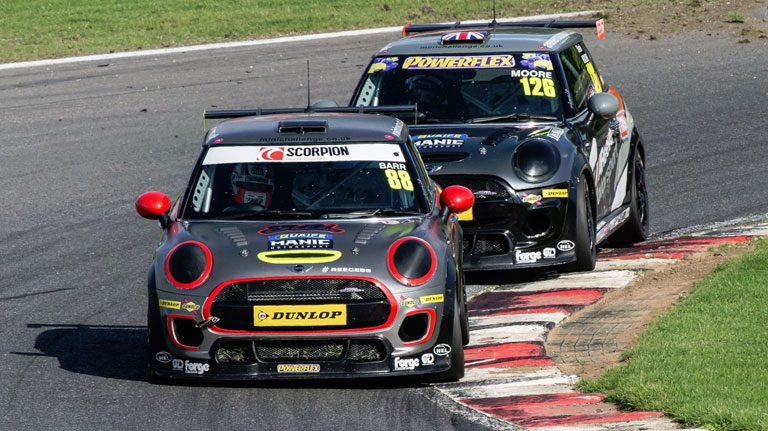 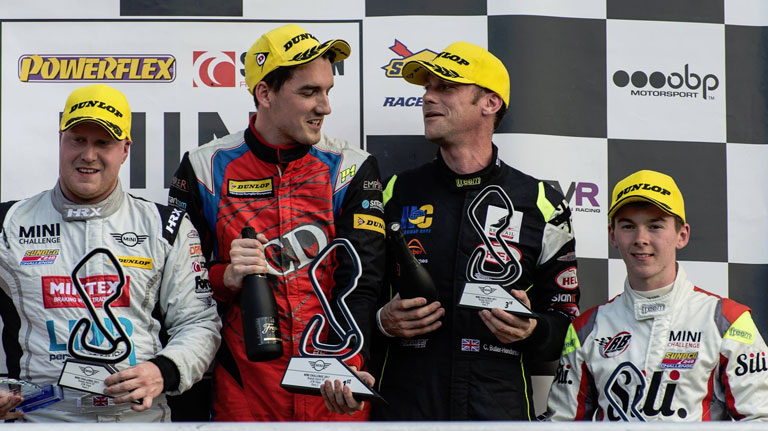