After a gloriously sunny morning at the Kent venue, the storm clouds arrived just before the start of the session, with heavy rain, thunder and lightning battering the grand prix track.

The entire field switched to wet tyres, and JCW Championship leader Brett Smith headed the time for much of the twice-interrupted session.

Brett got his time in just before both Max Bladon and Will Neal beached in the gravel trap at Druids after locking their front brakes while struggling with misted windscreens clouding their vision. Neither car was able to restart, leaving Rookie Class title contender Bladon starting just 14th.

Those cars off brought out a red flag and when the session resumed, further cars off called a safety car, which reduced the sessions to a single-lap sprint.

The caution ended with barely two minutes left, leaving everybody essentially a single lap to make their mark.

Rob Smith called it perfectly. He’d pitted under the safety car to ensure himself a clear track for his final dash.

“I thought I’d left a big enough gap to everyone, but I was flying and caught another car at Dingle Dell, which probably cost me 1.5seconds or so,” said Rob Smith.

Either way, his final lap was just under 0.2s faster than Brett’s to snatch pole away.

“I like it around here, and I like the wet,” said Rob. “Pole is a great result. Hopefully I can get a few strong results tomorrow too. I just hope it goes better than the last time we were here.”

Brett Smith will start second after he was baulked on his final flier. Lawrence Davey was third fastest in the tricky conditions, ahead of Sarah Moore and Charlie Butler-Henderson, who was second before the last-lap shuffle. 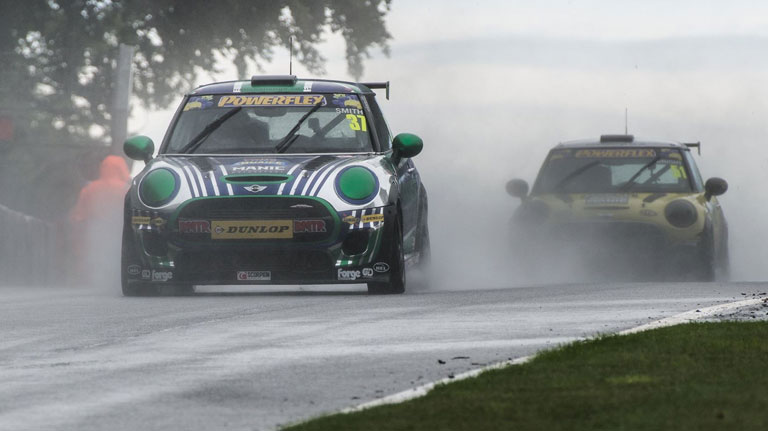 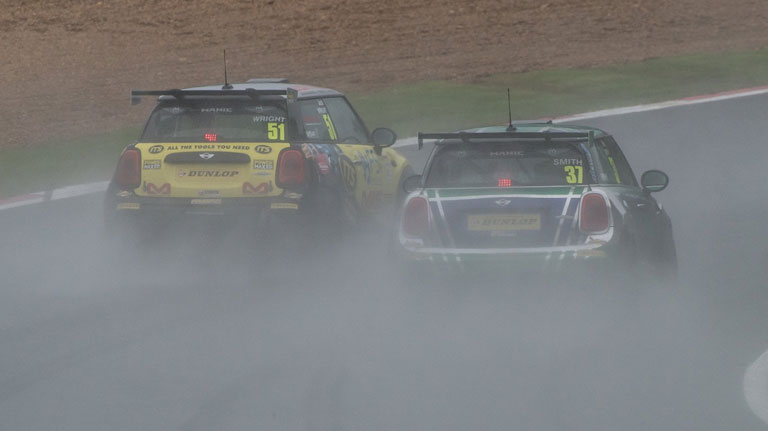 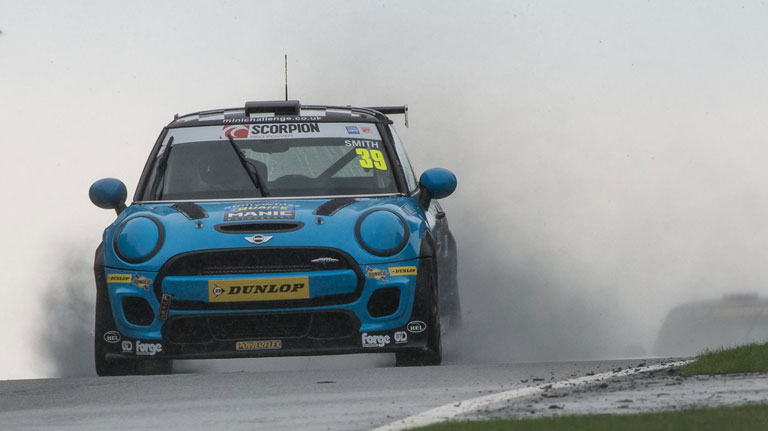 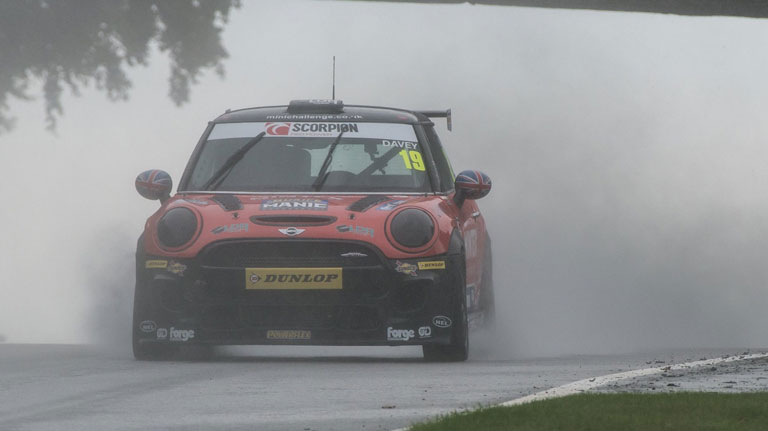