Round: 12 Laps: 16 Weather: Sunny, warm
After his race two upturn, David Grady went two better in the finale, with a scorching start helping him to a stunning victory to cap off MSVR’s annual MINI Festival.

Grady started fourth on the reversed grid, but pulled off arguably the best start of the year to snatch the lead after just three corners. Grady controlled his wheelspin perfectly, then ran around the outside of the pack at both Paddock Hill Bend and Druids to snare the inside line for Graham Hill Bend and slip past poleman Neil Newstead and grab a surprise lead.

“I figured everybody would be slowed in traffic on the inside line so I decided to try a different approach and the outside worked nicely,” said Grady, who tore away from Newstead to build a comfortable margin that he’d never lose.
“Once I got ahead I got my head down and kept pushing. I knew [guest entry] Neil wasn’t quite up to speed with his car yet so the chance to build a gap was there. I had a scare when I got to the backmarkers, but I managed it pretty well,” said Grady after taking the flag over five seconds clear.

That left a frantic fight for second, which only came to a head in the final few laps.

Newstead held the place for much of the race, but picked up a heartbreaking puncture on the final tour and was forced to retire.

That meant the fight for third became the battle for P2. Reece Barr held the spot, but came under pressure from Brett Smith, who had started back in eighth after a grid penalty from the race two contact.

Brett set fastest lap after fastest lap to climb up the order before latching on to the back of Barr. Barr defended superbly for three laps, before Brett picked his moment up the inside at Clearways to annex third, which would become second after Newstead dropped out.
“I was only expecting third, but it’s been a decent weekend for the championship, but also disappointing in general,” said Brett. “I’ve not agreed with a lot of the decisions and didn’t even know I had a grid penalty until I got to the collecting area. I guess that fired me up. But the team have given me an unreal car!”
Barr took third and said: “I’m happy with that. I was catching Neil but then Brett appeared in my mirrors and it was a real fight with him. Always clean, but really, really tough. I’ll take a podium to cap the weekend.”

Newstead’s departure handed fourth to Charlie Butler-Henderson to cap his strongest weekend since the season-opener at Oulton Park. Stuart Gough was fifth after a battling drive. George Sutton took sixth ahead of Mark Wakefield, Lawrence Davey and Rob Smith.

Rob’s progress up the order initially was startling, having made up 11 places on the opening lap-and-a-half to run 10th from 21st on the grid. But then trouble reared its head. “I think the tyres just died,” he said. “I was racing a car that’s been rebuilt from the bulkhead forward in just half-an-hour, so it was never going to be perfect.”

Freddie Lee rounded out the top 10 ahead of the recovering Max Bladon, Scott Jeffs, Will Neal, Keenan Dole, Henry Neal and James Loukes. 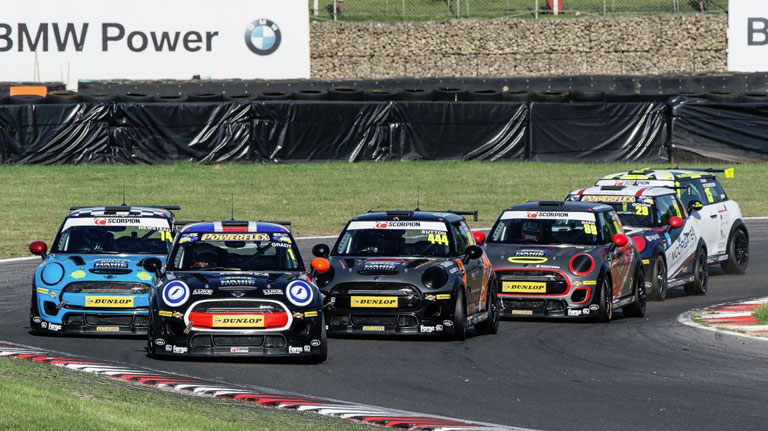 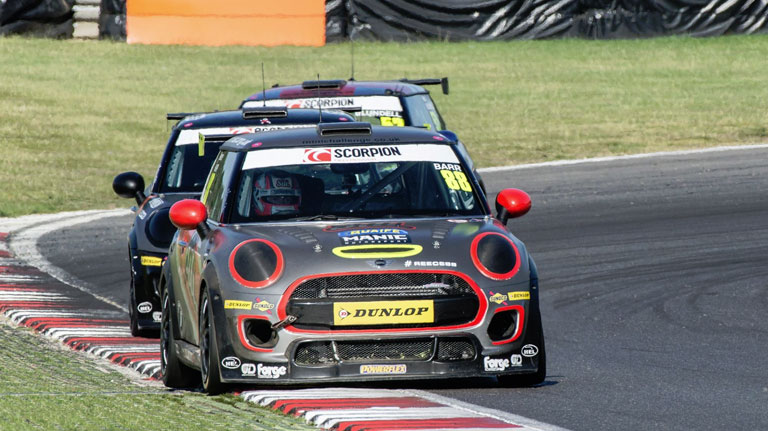 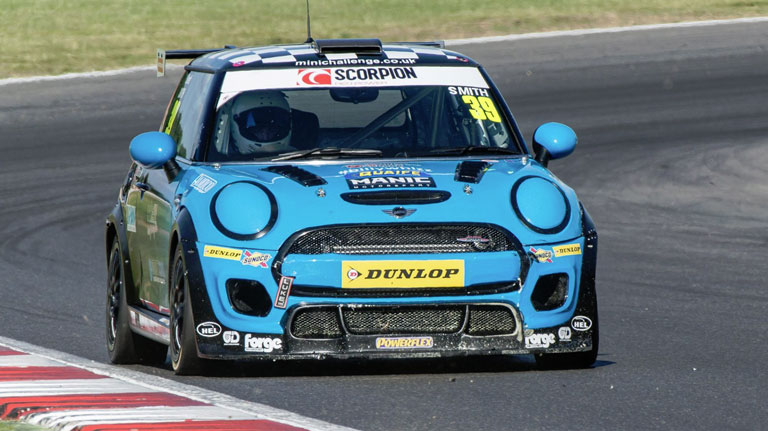 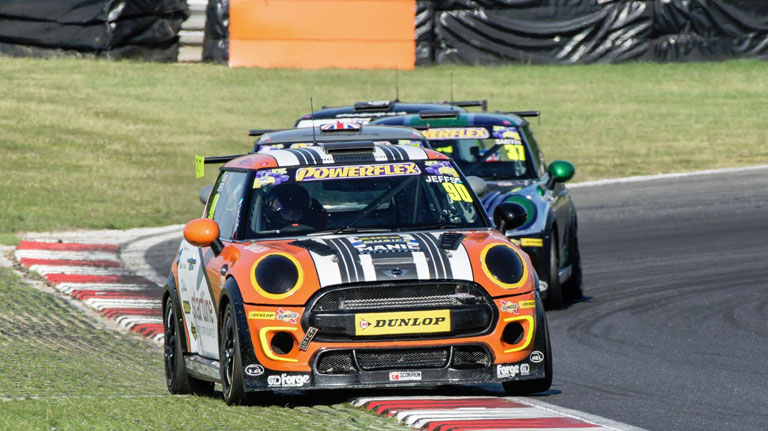 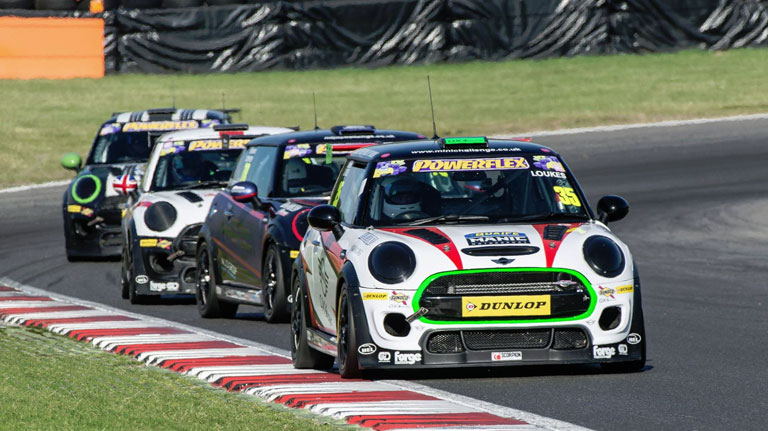