Rob Smith withheld intense pressure to secure his first MINI CHALLENGE JCW Championship victory since 2015 in the first race at Brands Hatch. The MINI UK VIP driver produced a superb defensive display to score a lights-to-flag win and keep championship leader Brett Smith at bay. Rob, who scored his second pole position of the year in the morning, made a rapid getaway but was pursued by Brett throughout, taking the flag just 0.193s ahead.

“After the start, I built quite a big gap but then Brett just caught me,” Rob said. “I think we underestimated how much the temperature had gone up and it became a case of trying to manage the gap. It was a hot and stressful 20 minutes.
My last win was in 2015 and that monkey on my back has been getting bigger and bigger but has finally gone.”

Brett Smith, who was warned for breaching track limits in pursuit of his rival, stretched his championship lead with his second place finish. “For the sake of the championship, I am not going to take out my rival to gain a few extra points,” he said.
“I have got to think about the championship now. I obviously want to win, but I am happy to finish second.”

Former champion Charlie Butler-Henderson was delighted to take third place after passing fast-starting Formula Ford ace Stuart Gough on the first lap at Druids. “I am really chuffed,” the 2015 victor said. “I started to hear a few gremlins in the car towards the end but my luck has changed and I am now looking forward to two more podiums tomorrow. Henry Neal kept me honest and I was thinking about the tyres.”

Neal qualified fifth but produced a solid drive to finish fourth ahead of Mark Wakefield and Lawrence Davey, who enjoyed a good tussle.

Reigning champion David Grady cut a forlorn figure in the paddock after a disappointing qualifying, but made good progress on the 1.2-mile Indy circuit to take seventh from 12th on the grid. Reece Barr, Neil Newstead and a disappointed Gough, driving Newstead’s former car, rounded out the top-10.

Reigning Cooper class champion Max Bladon – Brett Smith’s closest challenger in the championship ahead of Brands – qualified in a lowly 15th but progressed to 12th.

Further back, ex-Formula 1 driver Mark Blundell spun on the first lap and only completed 13 laps before retiring his MINI UK-backed guest car.

Brad Hutchinson’s team worked wonders to get him in the race after a dramatic roll in qualifying, but he only completed 15 laps.
Twenty-four cars took the chequered flag, with Ray MacDowall the other non-finisher.

James Turkington had set the 11th fastest time in qualifying, but was unable to take part in the race following a heavy crash on Hailwood Hill after dropping a wheel in the Paddock gravel trap. 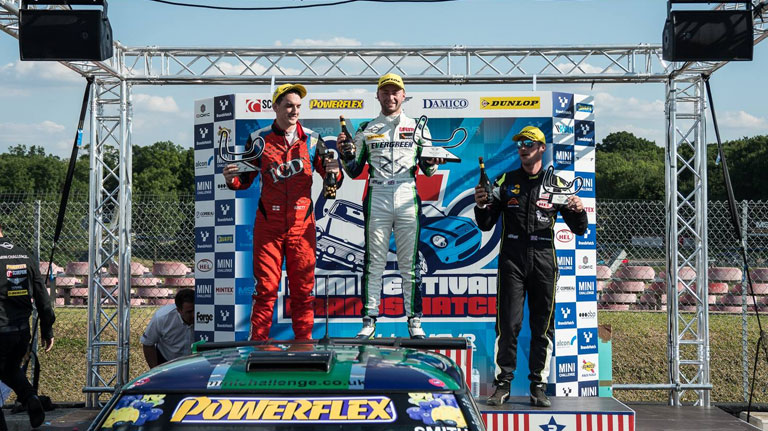 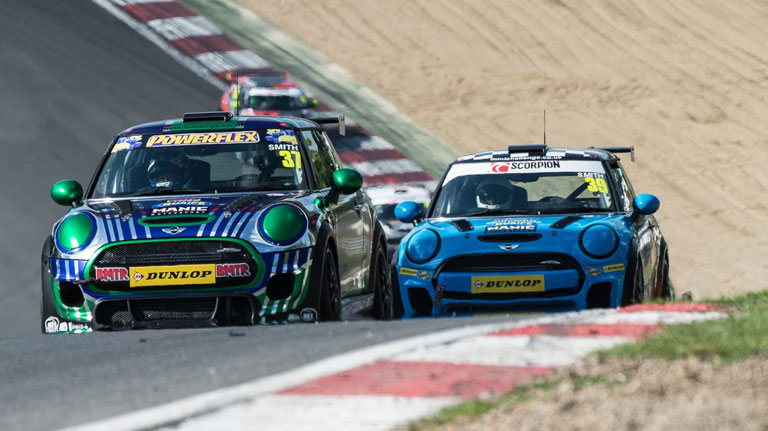 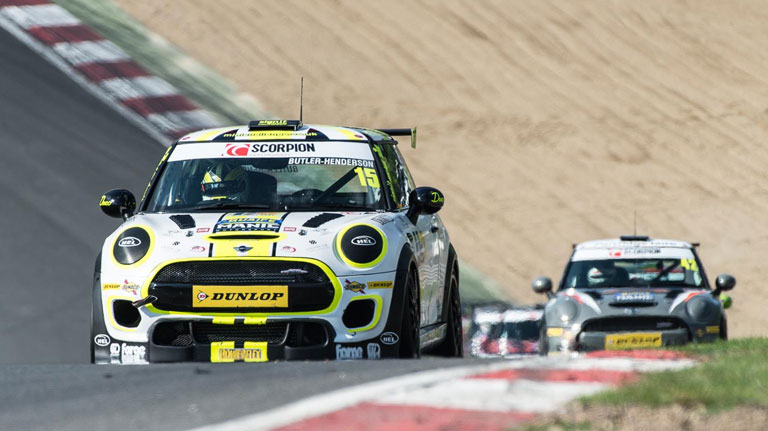