Nice bright early start for the Open Class, a quick run around the Motor Speedway International circuit to heat the tyres up and away they all go. Only 8 cars but not a lot to choose between any of them. Aaron Reeve put in a very quick lap straight away, that was disallowed for exceeding track limits! Ben Dimmack was straight on the pace and put in the quickest time to secure pole position on his 3rd lap. Aaron hanging on to the slipstream to try and go quicker still, he secured P2. Rob Austin had good pace to get P3. Less than a second separated the top 3 places. Tim Bill had P4. Tim was using the car that Stu Lane used last time out as he had not rebuilt his engine in time for this weekend and Stu was not racing. 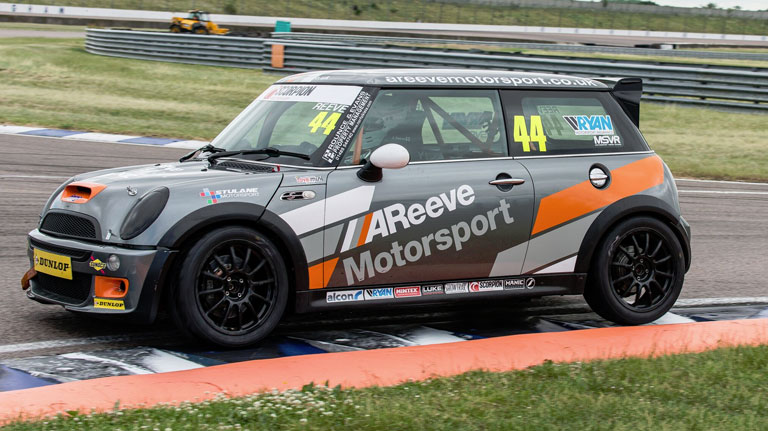 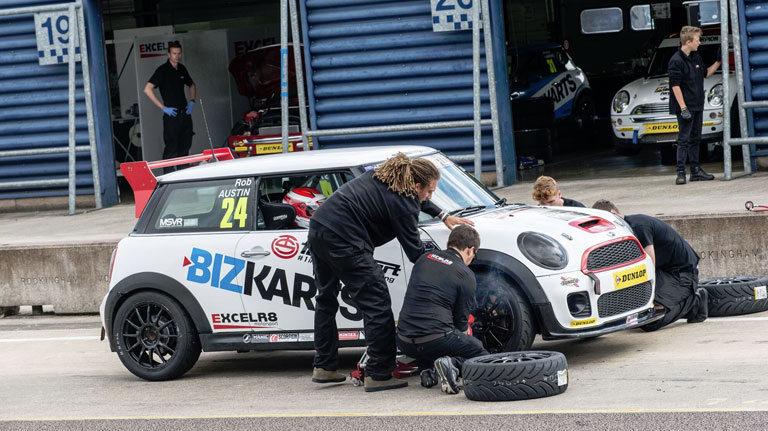 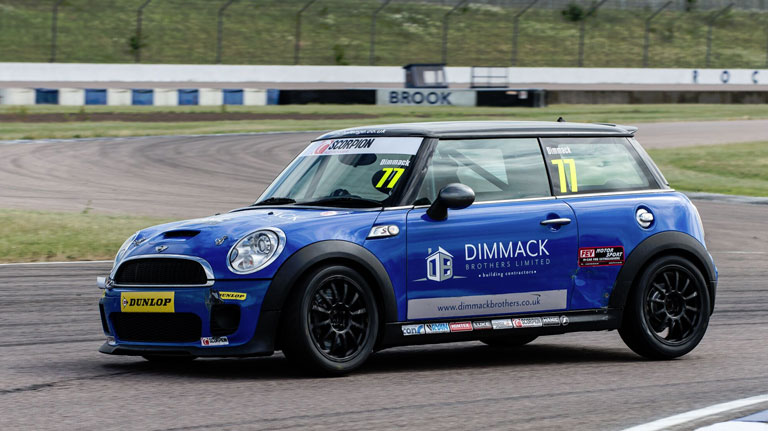 Aaron was fast off the line and lead for the first lap. Ben Dimmack in his superbly set up car quickly hauled him in and took first place. There he stayed for the whole race, securing fastest lap too.

Aaron stayed behind him but was slowly being hauled in by Rob Austin. Aaron was suffering from fuel surge as the race progressed hampering his progress. He just managed to hang onto P3.

The rest of the field settled down to a trash around the circuit. The was a bit of a race going on between Neil Ginley, Kevin Owen and Chole Hewitt. Neil getting the better of them followed by Kevin and Chole. Tim Bell and Andy Montgomery had a good tussle but they all played fairly and had a clean race. 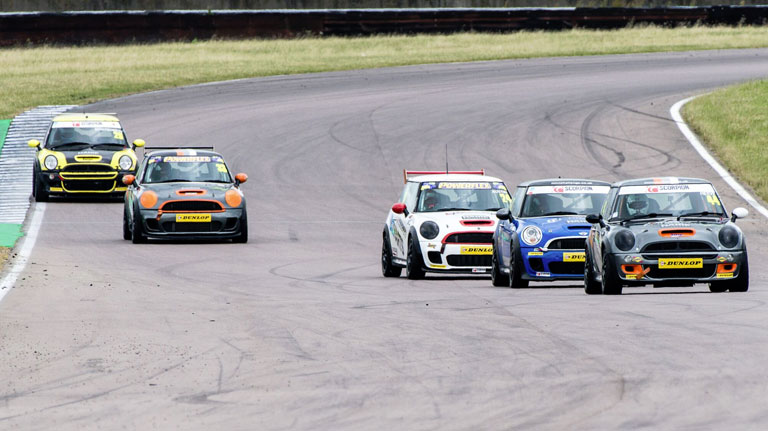 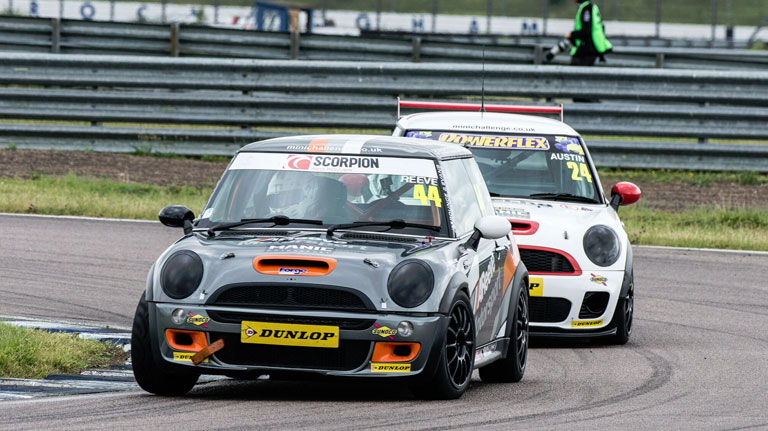 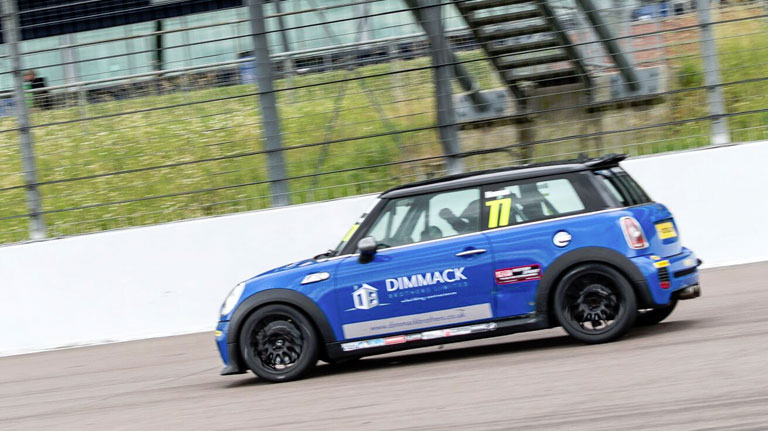 Reverse grid time! P4 was chosen, this puts Tim Bill on Pole next to Aaron Reeve. Rob Austin and Ben Dimmack had the 2nd row of the grid, while Andy Montgomery and Neil Ginley had the 3rd row in front of Kevin Owen and Chole Hewitt.

Tim Bill was overtaken by the fast starting of Ben Dimmack as they went into the first bend. Rob Austin soon pulled Tim in and went after unbelievably quick Ben.

Ben was just amazing, he went round the circuit like a bat out of hell for the first 4 laps. I suppose the inevitable would soon happen. His tyres went off and so did his driving. He slowed and Rob calmly went past, the gap between the 2 opened up to about a 1 second by the chequered flag.

Aaron stayed in 3rd place virtually the whole race. Tim Bill settled for 4th place, Andy Montgomery, Kevin Owen, Neil Ginley and Chole Hewitt all stayed in place until the end of the race. A nice race to finish their weekend off. Podium and bubbles flowed over the crowd.

Rob Austin was a happy chappy on the top step of the podium. Ben Dimmack is clearly the quickest driver, he just needs to manage his tyres better.

It was great for Aaron to finally get his car to the podium 2 times. Tim Bill so nearly got onto the podium.

All the teams are looking towards the MINI Festival at Brands in 2 weeks time. 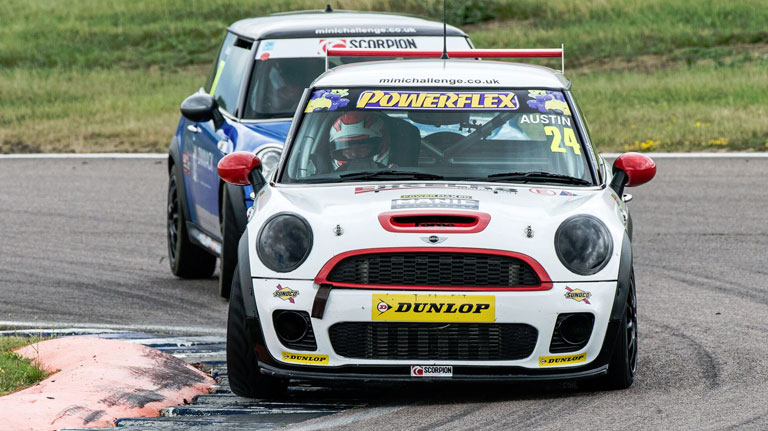 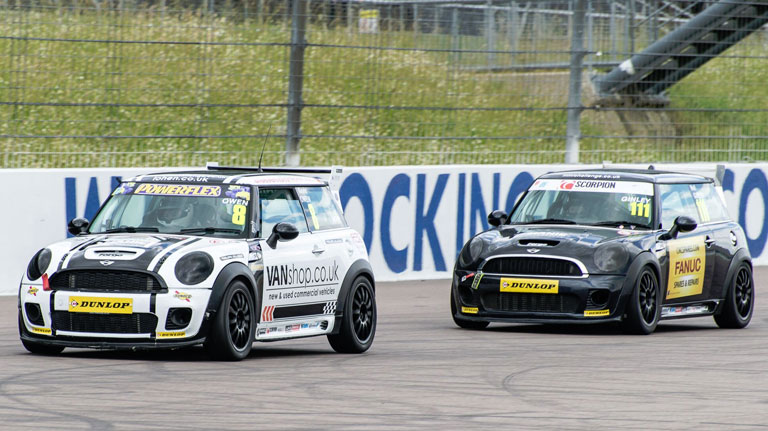 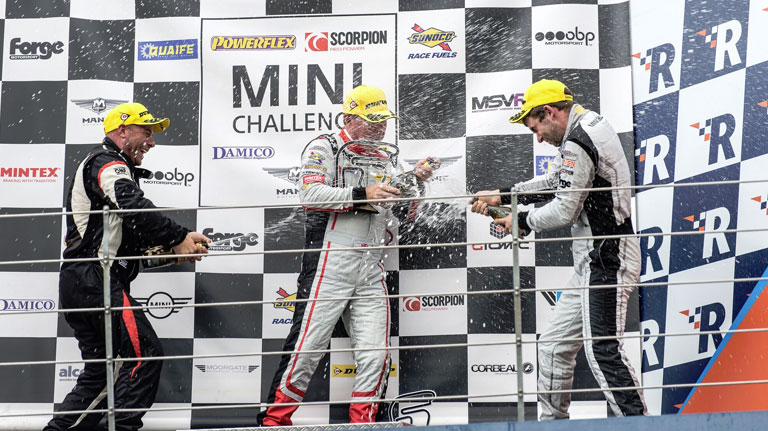