George Sutton Racing Under the Microscope

What an impact George has had in the opening rounds of the 2017 MINI CHALLENGE. George is currently in 10th place after the 4 opening rounds. With 15th and 9th places at Oulton Park, a DNF and 16th at Rockingham (starting at the back of the grid in the last race), a 23rd (Puncture), 2 x 8th places at Snetterton and 2 x 7th places at Silverstone.

Clearly, George has a lot of pace, skill, race craft and drive. The thing about George is that he is 16, still at school and does not have a driving licence yet! He is leaving School this summer to take up full-time employment at a Karting company. He currently lives in Market Drayton, Shropshire.

Mick Sutton, AKA Dad, is the driving force behind George. Mick does all the car preparation and manages George at all the meetings. What is even more incredible is the that the team are only supported by a small number of local companies. The car itself is owned by a benefactor, Mr Alan Minshaw, founder of Demon Tweeks in 1971, a long-time friend of Mick and supporter of George since he started Karting at the age of 9.

George has a very strong and successful karting background. He was the Junior Club Champion TKM at Hooton Park in 2012/13, Northern TKM Championship winner in 2014, as well as 10th in the Super 1 British Junior TKM Championship.

In 2015/16 he raced in the Junior Saloon Car Champion in a Saxo, with some very strong performances, finishing 5th, 3 points adrift of 3rd place! This was his initial step in the world of Tin Tops.

George and Mick decided that the MINI CHALLENGE, offering a superb Calander, great cars at a realistic price is the correct place to be at this stage of his career. They have embarked on a 2-year programme.

George’s aims are to race in the BTCC, an aim of about half of the current MINI CHALLENGE grid, so he is in good company. A BTCC test being his initial focus.

The main stumbling block, is, of course, money. George has shown that he is no push-over in racing and has suffered only minor scuffs so far this season. Any Engine/Gearbox or power issues will be a major stumbling block.

At the moment Mick is still trying to secure funding to continue the race series just for this year. Preserving tyres to save money is certainly not something George needs or wishes to do.

Going straight into the JCW class was a well-measured approach. George did some testing at Oulton Park earlier in the year just to get a feel of the car, before taking the plunge and sourcing their car.

The success of George Sutton racing is being closely followed by the MINI CHALLENGE who wish them well as the team are great examples of how a low-cost team can survive and win. We wish them well and are looking forward to a few podiums either this or next year. 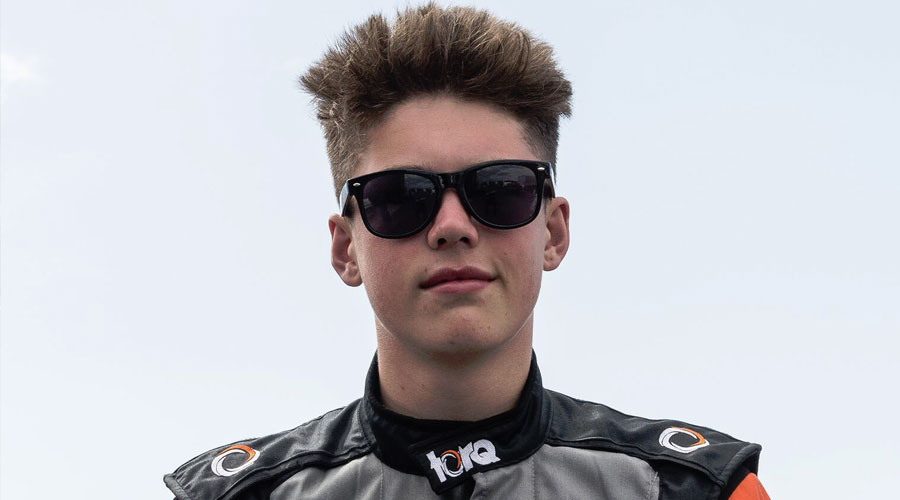 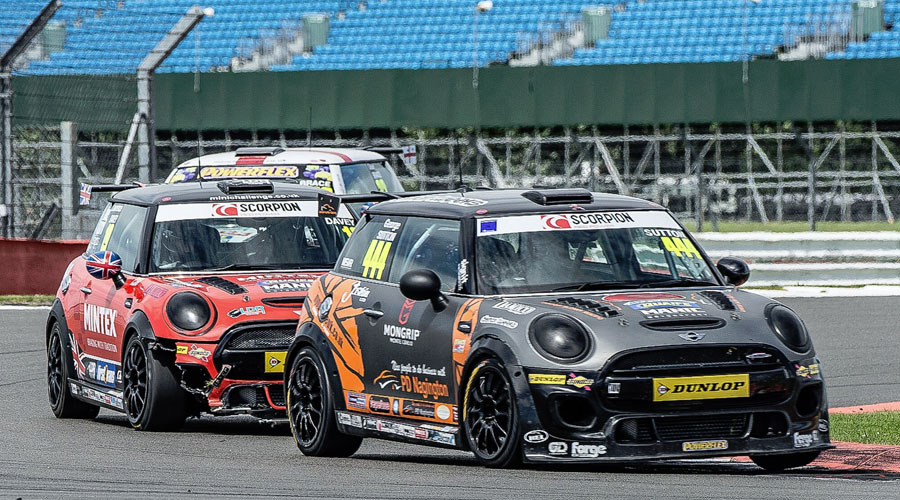 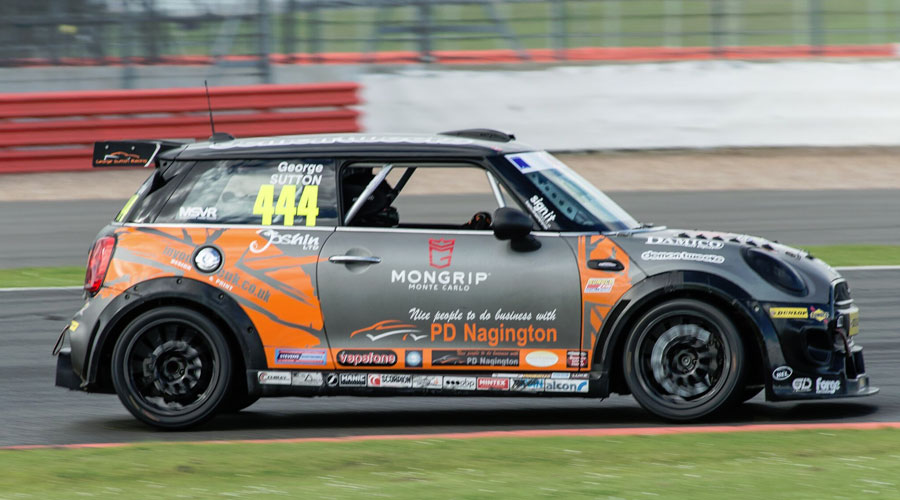 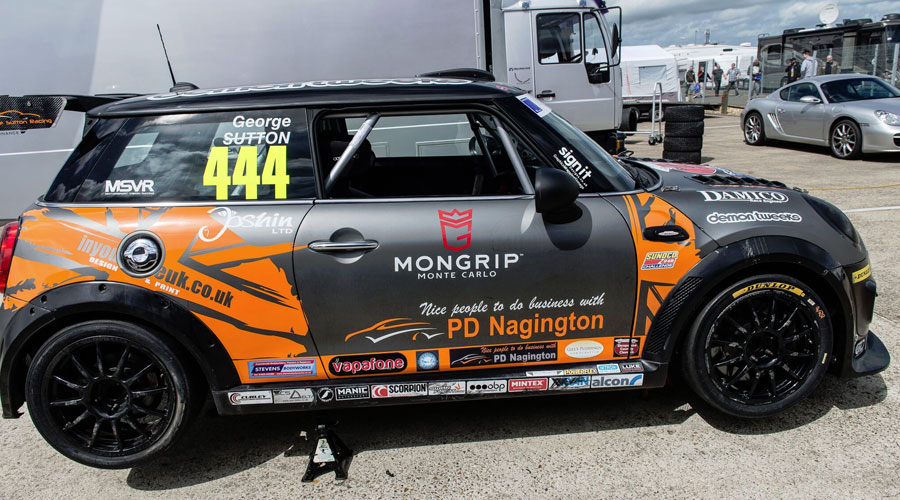