Brett Smith became the first double winner of the MINI CHALLENGE season by taking a dominant victory in the third outing at Snetterton, as yet more of his championship rivals suffered setbacks in Norfolk.

Brett completed his double to assume the championship lead after a solid weekend, but he probably didn’t expect to inherit the lead of the final race quite as quickly as he did.

Freddie Lee started on pole for the reversed grid, with Max Bladon alongside on the front row, and it was Bladon who got the better launch to run into an early lead, but it wasn’t to last.

“We made a change to the rear suspension and it made the car way too stiff so I was sideways everywhere. The car was such a handful,” said Bladon after locking up on his own and spinning at Wilson Hairpin on lap two.

Lee and Brett Smith arrived as part of a gaggle of cars that found Bladon sideways across the hairpin. Lee and Brett dived low and made it through, but Mark Wakefield had to take the high road around Bladon and, by the time he rejoined, he’d fallen back behind the lead two.

“It was really weird as I was just attacking Freddie and then suddenly Max was across the track ahead of me so I just dived into the apex to miss him, and it worked out!” said Brett.

Brett then secured the lead comfortably when Lee was forced to pull off at Riches when something gave way on his steering. “I was getting a bad vibration from the front-left, then I went to turn in and it just went straight on,” he said. “I’m gutted as this is the first time we’ve had the car where we wanted it.”

With Lee out, Brett Smith was left well clear to grab his second win.

“This has been an amazing weekend for the championship for me. Now I just hope I can keep up this form,” he said.

Wakefield was then left running second, but he didn’t have things easy. Both Rob Smith and Jeff Smith filled his mirrors for the entire race, and between them had an epic final-lap scrap.

Rob wasn’t satisfied with third, so made a lunge around Wakefield on the outside of the hairpin. Wakefield held on, but the delay allowed Jeff Smith to close in and make it three cars together into Palmer and Agostini.

Rob was shuffled onto the grass on the run to Hamilton, but kept his foot in and re-passed Jeff on the Bentley Straight. Then Jeff got his braking wrong and clouted the kerb at Brundle, sliding into the side of Rob. Both cars continued, and Rob secured third, with Wakefield in second.

“That last lap was mental!” said Rob Smith. “That’s made the entire weekend worthwhile in my eyes! I’d rather finish third like that than win a race by defending for 20 minutes.”

Jeff Smith was demoted back to 10th for a track limits infringement, handing fourth to the fighting James Turkington, with David Grady taking fifth.

Of the other championship contenders, Reece Barr managed to fight back to finish 12th after his driveshaft failure in race two. He was a place behind the recovering Bladon.

Charlie Butler-Henderson didn’t even get the chance to show what he could do as his gearshift selector gave up on the green flag lap, compounding a torrid weekend for the 2015 champion. 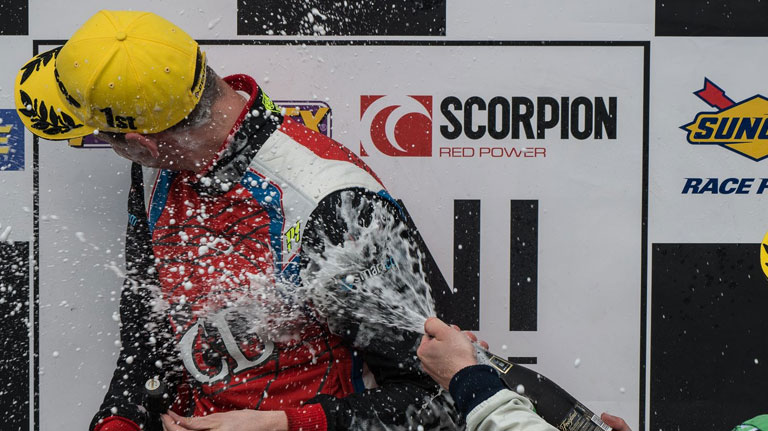 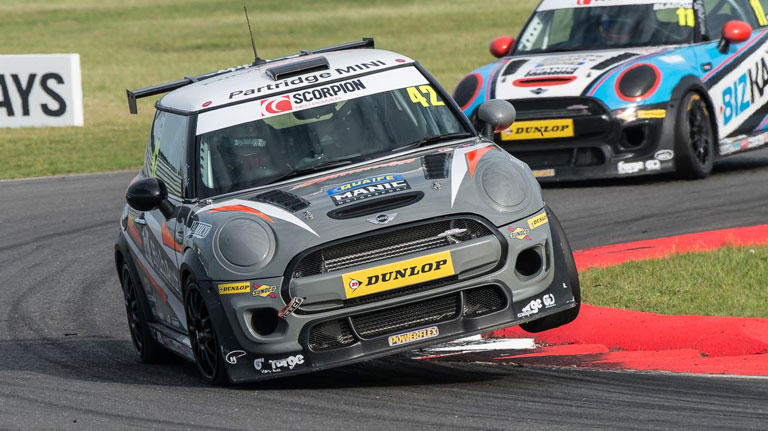 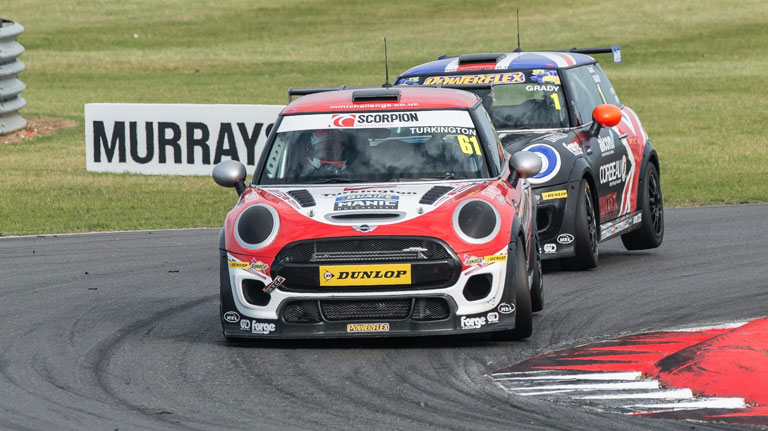 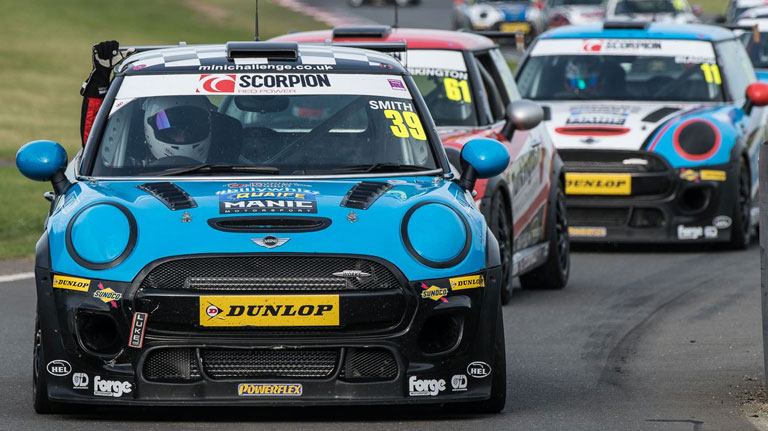