Catching up with: Jono Davis

Jono starting racing in the MINI CHALLENGE in 2016 with an R53 prepared by AReeve Motorsport. Doing a full season to get a taster of racing MINIs, and producing some good results.

Previously Jono has raced in the BMW Compact Cup, winning Rookie of the year in 2014. Prior to that, karting at a National level winning the KGP Super British Championship in 2012.  Quiet an upbringing, Mum and Dad both having R53 S’s

2016 saw the development of their R53 S Powertrain and suspension to be more competitive with the R56 in addition to a total engine strip down and re-build. The R53, being an easier car to work with fewer sensors and simpler electronics. The R53 JCW is a better handling car, it has a simpler suspension set up with Brembo brakes as standard. Though Vmax brakes may be better!  The addition of Poly Bushes tightens the handling up even more.

How did it all start?

“My parents both owned R53’s at the same time when I was 9, so as part of my car loving childhood I’ve always admired the MINI brand and appreciated the fun element of the classic mini that these cars have managed to maintain.

“I’d watched the development of the original AReeve Motorsport R53 quite closely, as a fellow BMW Compact Cup competitor (David Drinkwater) often took part in 750MC’s Roadsports class on the same weekend. So when Aaron approached my Dad and I about competing in the MINI Challenge in 2016 in the new open class it was an exciting and challenging prospect!”

“Therefore, we bought a donor car that required an engine rebuild and cracked on with preparing it for the 2016 season, this could have never been completed without my family and good friend from university, Zac who comes along to help most race weekends.”

“Myself, my Dad and Aaron all worked hard to improve the suspension and powertrain elements throughout the 2016 season to get the car on a competitive level with the R56’s. This clearly worked as I won the last 5 races of 2016!”

Why is the MINI CHALLENGE fun?

“It’s a fantastic run series that attracts a high level of driver experience, meaning that every race is close and requires the full package from team and the driver to be complete and competitive.”

“The MINI R53 is probably one of the best handling road cars produced in recent times, so converting it into a race car only improves that! A great handling car will always make for smiles on track, combine this with the relatively open regulations of the class and you have a fantastic mix of cars with strengths and weaknesses that vary from circuit to circuit.”

“The open class bridges the lap time gap between the Cooper class and the JCW’s perfectly, whilst also being affordable for most club racers by using the Dunlop Direzza semi-slick tyres and pump fuel. I would thoroughly recommend to anyone with a current BMW MINI of 1st (R53) and 2nd(R56) Generations to enter the Open class, the cars are a fantastic match that makes for exciting racing and the championship (including Antony, the Great Promoter) will do anything to support you during the race weekends.”

The R53 JCW makes a great base car to build on. The donor cars are relatively affordable at £4,000 for a nice car road car. (EBAY Motors). Even less, about £1,000 for a standard R53. Any of the Teams can upgrade the Donor car to a race R53. The R53 is easy to work on with lots of experienced teams to help you on the way.

The MINI CHALLENGE gives you a competitive affordable race series. A great bunch of teams in what is probably the friendliest paddock in the UK.

If more cars enter, “the entry fees will be even more affordable.” (Antony said so!)

All cars are dyno checked to ensure fairness and equality at 180bhp per tonne.

The R53 is a winning car, they can take on and beat the R56 as has been shown this season. 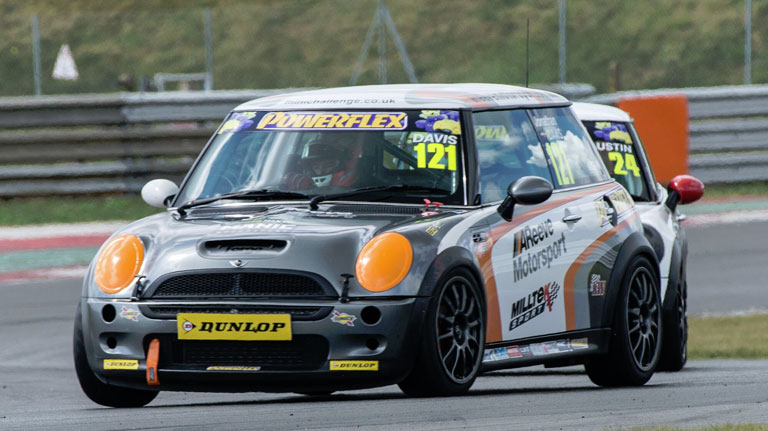 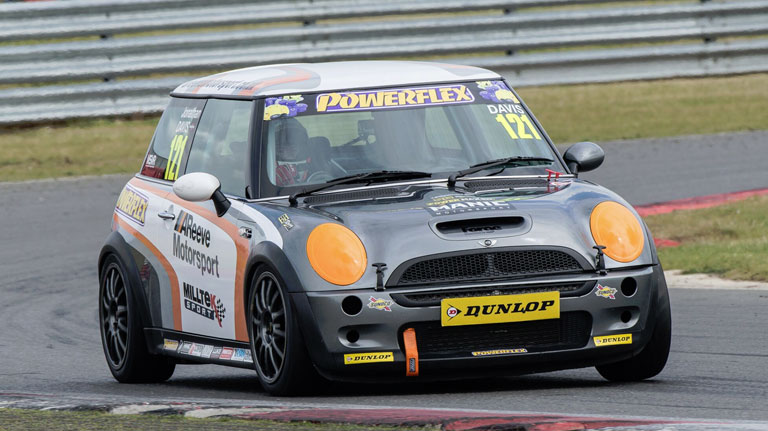 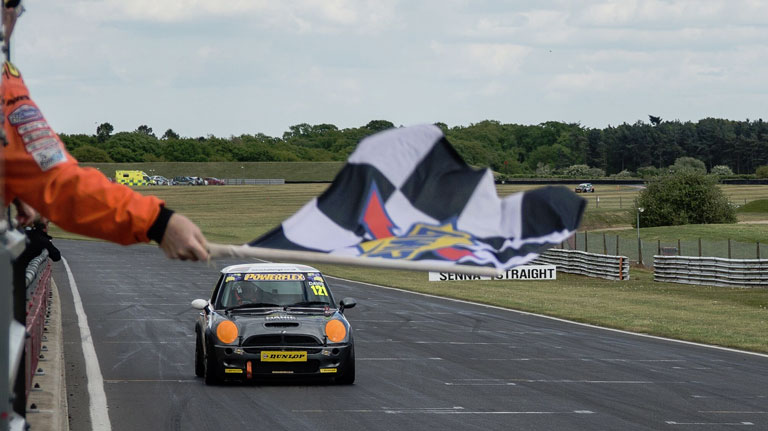 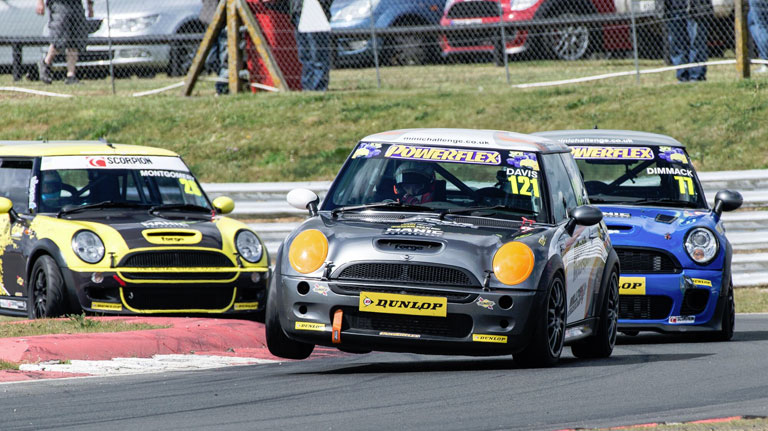